First, a hug is a social gesture like a handshake. It is not an endorsement. People hug each other all the time and it is done between casual acquaintances. I have even hugged strangers at funerals -- it is social gesture. In France, you are more likely to get your cheek kissed, not once, but twice, than you are to get a hug or a handshake!

Last night after the debate, debate moderator MSNBC's Rachel Maddow hugged both candidates. Big deal. And now? Some in the media are on fire giving her hell. Really? Is that what some are focusing on? A social gesture?

You should judge the quality of last night's debate and the debate moderators by their questions. Did they ask "what is your favorite color" or substantive and probative questions?

So far today? I can find no one accusing Maddow or Todd of pulling punches or not asking substantive questions of both democratic candidates.

And while I am at it ... talking about Hug-gate... there is another Hug-gate controversy. Governor Christie is accused by many Republicans of hugging President Obama a few days before the 2012 election when the president was in New Jersey looking at damage from the super storm that decimated that state.

Not only was that not a hug (see the picture below) hugs are -- let me repeat -- social gestures between people who are casual acquaintances. It is a greeting. A politician should not get the death penalty for being polite and showing good manners.

We really need to focus on the important: the issues. 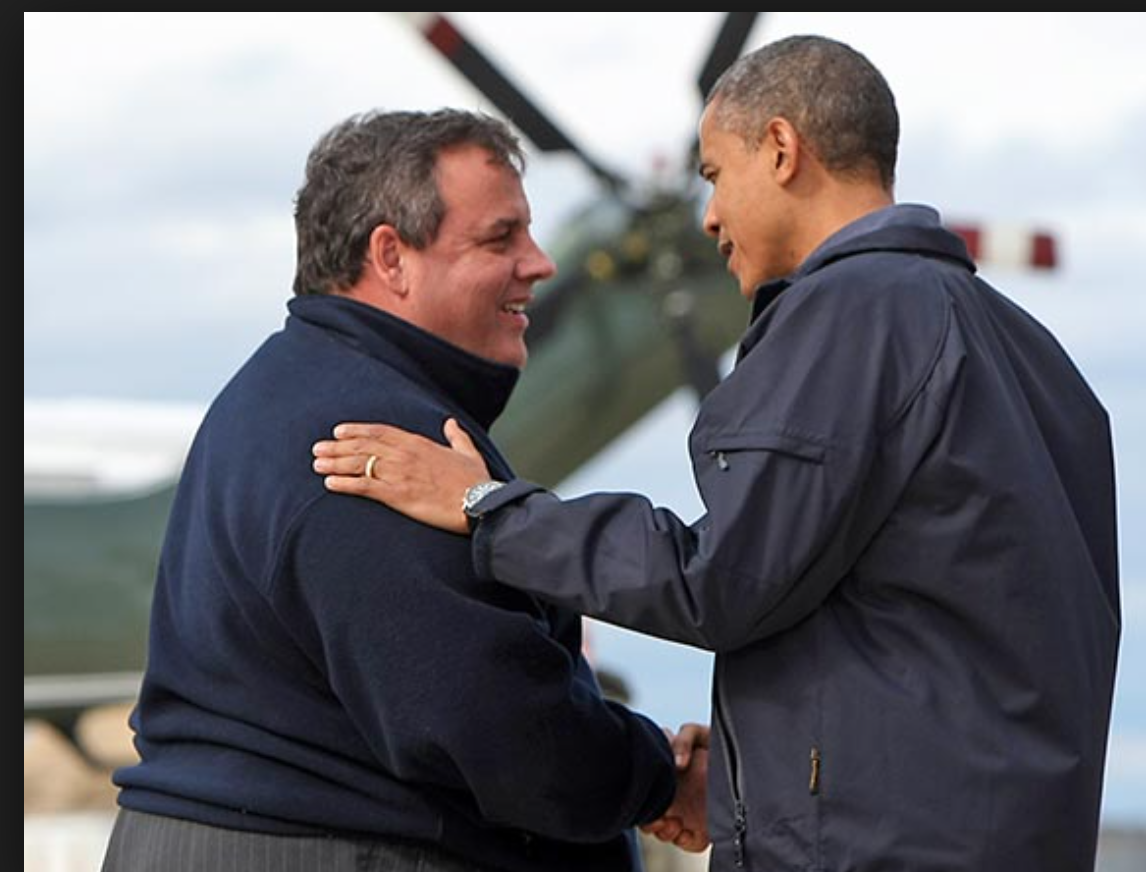 P.S. Rachel Maddow has recently given an interview in which she said we are friends. My answer? Guilty. We are. :)

Note: pic of Maddow is from Mediate.com