I don't usually write about politics, or world issues. If you've read my posts here, they are generally about parenting, personal change, life. However, the past months have been shocking on virtually every level. Paris, San Bernadino, scenes from Syria and around the world, and the relentless brutality and ideology of ISIS, have dominated the news. It's hard to tune in and not feel wary; it's hard to not feel hopeless. How do we avoid terrorism, when it seems to show up in the very places where we live our lives: concert halls, movie theaters, holiday parties, restaurants, and the streets of the cities we live. I am not a paranoid person, but it's enough to leave even the most stalwart observer, ruffled. As an observer, what are we watching for? How do we recognize horror, before it happens?

Sadly, our own fear and sense of self-preservation has lead to one of the worst backlashes since 9/11 against Muslim-American citizens. Muslims all over are experiencing harassment, physical attacks, damage to property, and all around abuse. Ironic-- that the very things we, in Western culture fear, is what so many of us are inflicting on other citizens. While it's true that many of the the major terrorist incidents that we've witnessed, in increasing numbers, have been carried out by radicalized Muslim terrorists, that doesn't mean all Muslims are terrorists. That would be like saying that all white police officers are racist and abusive, because the news has shone more killings of black citizens, by white police officers, or presuming that all men are rapists, because most rapists are men. Each of these summations is categorically wrong. And yet, Muslim Americans, and Muslims around the world, are being held accountable for the horrific behavior of radical Muslims.

I know that in the face of so many horrible things, I may sound naïve, but I truly believe that these times call for compassion and kindness, not stereotyping, profiling or harassment. The United States, more than any other place on Earth, is a country of immigrants. Our nation was founded by immigrants. Research and history show that time and again, our country has been made stronger by immigrants, legal and illegal alike. Whether we like it or not, many of the jobs that Americans don't want to do, are done by hard working immigrants, who are grateful to leave often terrifying conditions. Their lives sometimes literally depend on mowing our lawns, cleaning our garbage, washing dishes in our restaurants-- jobs that so many US residents don't want to do. Many immigrants come to the US legally, with the dream of living a better life, and create new business which then create new jobs and opportunities in our our country, while others arrive with skills and a work ethic that strengthens the communities where they settle.

There were the Italians, the Irish, the Jews, Eastern Europeans, etc, in mass numbers, long before Muslims from around the world, fleeing dictators and the very terrorists we claim to be fighting, came here. But make no mistake: Muslims have been a part of the American fabric, since before our nations inception. In fact, in 1776, John Adams praised the prophet Muhammad as a "sober inquirer after truth." (LINK) We have benefited from their hard work and their dedication to their adopted country, from the start.

Immigrants are intensely scrutinized before being allowed in to the US, and since 9/11, those entering from Middle East nations go through extreme challenges to enter the US legally. Few will make that effort for the sole purpose of committing terrorist acts, and those who do, are not as easy to see as we would like. Sayed Farook, the American-born Muslim terrorist who, along with his wife, Tashfeen Malik, murdered 14 people in San Bernadino, lived here all of his life, and still set out to inflict inconceivable terror on his neighbors and co-workers. He was an American citizen of radicalized Muslim faith, who carried out a horrific crime. He does not represent the nearly 12 million other Muslims living in the US, any more than Adam Lanza, Timothy McVeigh, Dylan Klebold, or other white, Christian mass killers represent all Christian Americans. 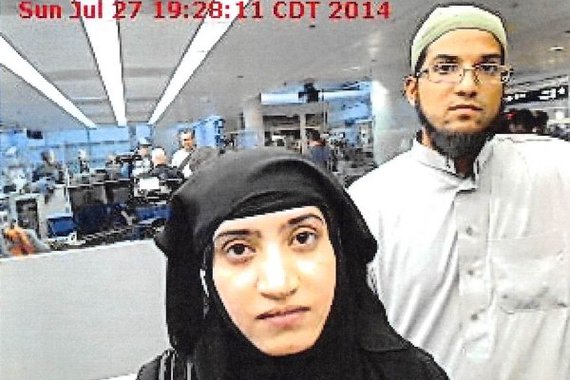 How can we treat others so disrespectfully, so abusively, in the name of tragedy and our own insecurity? If we are claiming that the actions of a few radicalized Muslim terrorists are why we need to be hyper-vigilant, how can we turn that fear on others who fear those same terrorists? Many of the Muslims who immigrate to our country, and other countries, do so because they are fleeing a far more unrelenting and daily terrorism, than most of us can imagine. They are not coming here to inflict terrorism, they are running from it.Those who are born here, are no less or more likely to inflict terror on others, than any other citizen. The mentally unstable young man who killed 22 children at Sandy Hook, was a white, Christian American. The boys who killed 14 at Columbine High School, the boy who slaughtered 20 children at Sandy Hook Elementary school, were middle class, white, Christian, Americans. The Oklahoma City bombing, which killed 168 Americans, was carried out by a radical white American, whose group, The Michigan Militia claim to be Christians. In fact, most mass killings in our country have been carried out by white, male, Christian, Americans. Who is accountable?

In the case of 9-11 and now San Bernadino, the terrorists were Muslim, but they are not the rule, they are the exception. Anyone who watched the brother-in-law of Sayed Farook, one of the San Bernadino terrorists, make a statement regarding the killings, could not ignore the pain in his voice, the anguish on his face. He looked as shocked as anyone interviewed, who had witnessed the events. It is inconceivable to any caring human being, that a young couple (26- and 28-years-old) could bring a child into the world, drop their 6 month-old child off at her grandparents, and set out to inflict terrorism on so many innocent people. It's inconceivable that the Muslim killers could attend an office holiday party, smile and chat, and then return with the intention of killing everyone there. However, it's equally inconceivable that 21-year-old, white American, Dylann Roof, could accept the love and prayers of a Black faith group, in the historical AME Baptist church in Charleston, South Carolina, and after two hours of praying with them, turn and shoot them all. 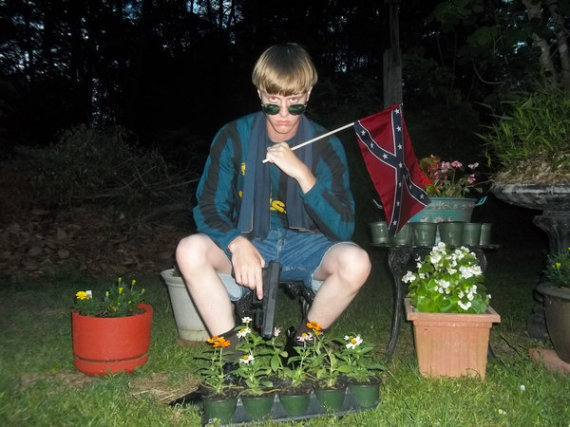 It's inconceivable that we would hold all white teenage males accountable for any of those mass killings, yet Muslims are being asked to account for the heinous acts of fringe members of their faith. Terrorism is not about faith. Faith is used as a deflector, by the men of ISIS who have raped countless Ysidi women in the Middle East, or have murdered so many Muslim men, women, and children in the most barbaric ways. Those terrorists are no more Muslim than the boy who killed Baptist church members, could be called a Christian, by those who follow that faith. Hitler was a Christian, but which church celebrates his deeds? The actions of these killers and terrorists do not represent faith or any one group of people; they represent mental illness, radicalized ideology, and evil. They are not acts that Jesus, Buddha, Mohammed or God taught or condoned, and they are not acts that Christians or Muslims, who practice their faith and live their lives, condone or support.

I want to believe that the backlash against Muslims in the US and in other countries, is not race related, but we seem to look at white killers differently than non-white killers. We are shocked by white Christians who commit mass killings, but we don't run out and defile their churches, businesses and homes. We don't single out white Christian males, as a group, despite the heinous crimes some have committed, but the Muslim community is being held accountable, around the world, for the actions of a minority within their community.

When we turn on Muslims and make them suffer for the acts of a few radicalized members of their faith, we play right into the hands of ISIS and other terrorist groups. We leave our Muslim neighbors nowhere to go, but into the arms of radical groups. If they cannot send their children to school safely in our communities, it's easy to see how they too become terrorized and feel forced to go where they are welcomed. We become the terrorist, using our fear to justify terrifying behavior. Donald Trump called for "a total and complete shutdown of Muslims entering the United States," and in the recent past advocated the closure of American mosques and recommended special IDs and databases for American Muslims. This is no different than Hitler's regime, calling for all Jews to wear yellow stars, and the eventual extermination of so many throughout Europe. Is there any greater terrorism? Can we support this kind of ideology, in the name of anti-terrorism?

We should welcome immigrants, help them start their new lives, and help them feel safe. People who feel nurtured and cared for, do not become your enemy; that is what happens to people who are harassed, assaulted and made to feel unsafe and unwelcome. We are in this together. We are all against the "bad guys." We don't need to hurt others, to make ourselves feel safer. Then, where does it end? Which terrorists do we target: The teenage boys with guns; those who are mentally ill and violent; the Muslims, the Christians, the Blacks, or the Whites? We should circle the wagons, and fight terrorism with kindness, and compassion, not hate. We should hug our Muslim neighbors, metaphorically and any way that says: we're in this together, we all care.

Please share your thoughts in the comment section. Share/Like on FB; simple things make me happy! Become a "fan," with the icon next to my name, at the top. And follow me on Twitter! If you'd like to read more of my writing, check out my blog Tales From the Motherland.