The Los Angeles Times recently reported that WellPoint Inc., a subsidiary of Anthem Blue Cross, is planning to increase health insurance rates of its policy holders by an average of 25%, with some people facing as much as a 39% increase.

When HHS Secretary Kathleen Sebelius heard about this she said, "It remains difficult to understand how a company that made 2.7 billion in the last quarter of 2009 alone can justify massive increases that will leave consumers with nothing but bad options." Brian Sassi, president and CEO of the Anthem Blue Cross Consumer Business replied, "The Anthem Blue Cross unit at the heart of the inquiry lost millions in 2009"

Compensation of Healthcare Executives Well Into the Multimillion Dollar Range

I couldn't find a record of the salary of Sassi but I did find a report that in 2008 the CEO of WellPoint, (the subsidiary that recently lost millions), Angela Brayer, received $9,844,212 total compensation. Six years ago Larry Glasscok the top executive at Anthem Blue Cross, of which WellPoint is a component, received a 42.5 million dollar bonus on top of his multimillion dollar salary. 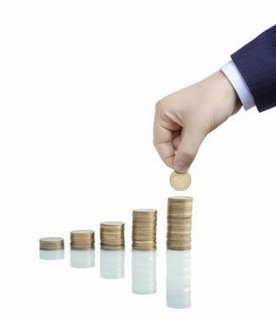 Other healthcare CEOs receive multimillion dollar salaries and large bonuses. The salary and bonus paid to Cleve L. Killingsworth, chairman and chief executive of Blue Cross and Blue Shield of Massachusetts, increased 26 percent last year, to $3.5 million with his total compensation package worth 4.3 million, even though the health insurer's membership declined and its net income fell 49 percent.

Corporate Compensation Especially Those Receiving Bailouts Are Even Higher

The average CEO of companies in the S & P 500 was 10.1 million dollars per year The CEOs at 20 banks that were granted US aid received compensation 37% higher than the this group . Bank of America and Wells Fargo paid CEOs an average of 13.8 million per year., The average CEO pay was 430 times larger than for typical workers.

Some other remarkable compensation packages stand out. Citigroup -- which received about 25% of the aid going to the nine banks -- has the No. 1 pay recipient. Andrew Hall, who heads Citigroup's energy-trading unit Phibro LLC, received $98.9 million in 2008, according to a government official. Citigroup CEO Vikram Pandit, by comparison, received more than $38 million last year.

Should There Be a Law?

It seemed that there was nothing much anybody could do about these compensations except make some noise. That outcry led to at least one company requiring that their executives would be required to give a certain amount of their bonuses to charity (with a tax deduction, of course.) There has been a proposal from Senator Sherrod Brown from Ohio that there be a 50% tax on bonuses over $25,000 but before we consider this, I think that we need to look at the big picture.

I am not an expert in the world of financial compensation. I am a psychiatrist who worked either with an hourly fee or with an academic salary (no complaints). I also strongly believe in the free enterprise system. People who create a business should be entitled to whatever profit they can make in the competitive world. Perhaps there should be some exceptions if people's health or lives are endangered. That may be one of the reasons that doctor's fees are set by Medicare and to a certain extent by insurance companies. I don't believe that the government should set corporate compensation. In those limited situations where the government spends the taxpayer's money to allow a company to survive there should be some extra tax or payback.

The owners of the company should have something to say before executives are given multimillion dollar compensations. You would think that this is the case now. Not exactly, the way I see it. As I understand it, the salary of the CEO is set by the Board of Directors or a component compensation committee. The salary of other executives is set by the CEO and/or with approval of the board. But I don't view the Board of Directors as really being the voice of the stockholders or the true owners. Perhaps you can make a case that indirectly they are

because they ultimately approve new board members who are nominated by other members or the CEO (or in some cases by a petition). The board members are often friends of the CEO or are beholden to him/her through perks or other complicated political benefits. Why not have the real owners directly approve these very high salaries and bonuses?

I would like to see Henry Waxman (my Congressman), Chairman of the Energy and Commerce Committee, propose federal legislation which would require the following:

The federal minimum wage is $7.25/hour or approximately $15,080/year so I am suggesting that stockholders will have to approve any total compensation more than 3.0 million dollars per year or 200 times minimum wage.

If the owners of a company feel their executive is worth more than 200 times the minimum wage, or even $98 million as in one case above and that they really couldn't hire anybody else to get the job done at lower compensation, let them pay the money. The owners of a company should be allowed to do this even if the company loses money and needs a bailout to survive.

I would like to hear opinions about this proposal.