Is this one of the biggest mushroom in the world? A gargantuan fungus weighing more than 33 pounds and measuring 36 inches in diameter was recently discovered in Puxiong, a town in China's Yunnan province.

The mushroom has more than 100 caps attached to a thick stem and is gray in color. It's still unclear at this point what type of mushroom it is -- or if it's poisonous.

Although some locals believe the fungus might warrant a visit from Guinness World Records, the world's largest living organism is actually a fungus in Oregon's Malheur National Forest that's roughly 2,400 years old and spread out over 2,200 acres. That's a tough act to follow.

Still, the Puxiong mushroom is nothing to scoff at. Get a closer look at it in the video above.

Huge Mushroom Might Be One Of The World's Largest (VIDEO)
Mushrooms 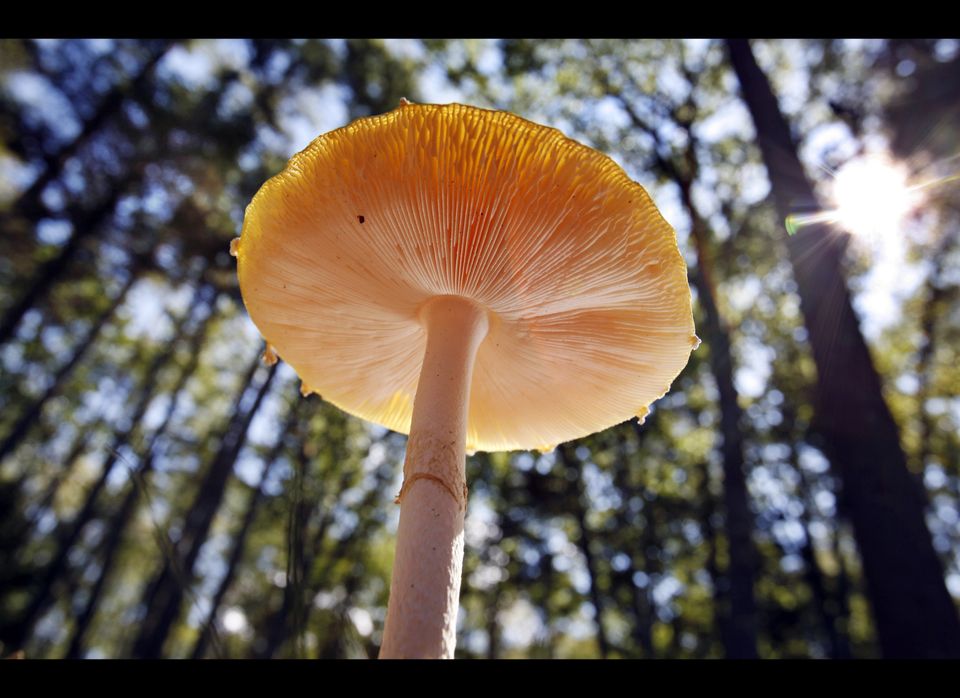 1 / 4
Mushroom In The Sun
The sun pokes through tall white pines to shine on a five-inch-tall mushroom at Winslow Park, in Freeport, Maine.
AP