Hugh Hefner is the latest to sign up for the Those Who Plank club -- which includes Justin Bieber, Katy Perry, Rosario Dawson and more. The strangely fascinating fad of stiffed posing hit the Playboy mansion on Tuesday night, according to Hef's Twitter page.

Post-Uno game but pre-bedtime, girlfriend Anna Sophia Berglund cajoled the house impresario to lie face-down on the dining table -- silkily robed and all. Afterward, Hefner executed a more devious revenge by aligning the playmates in planking fashion and sporting a goofy thumbs up.

The planking photo even scored some air time on Dutch television, according to Twitter user dutchGNDfan. 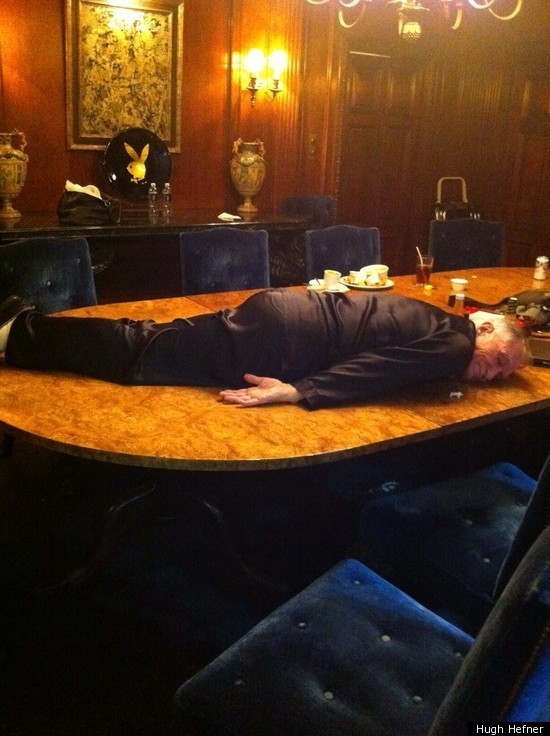 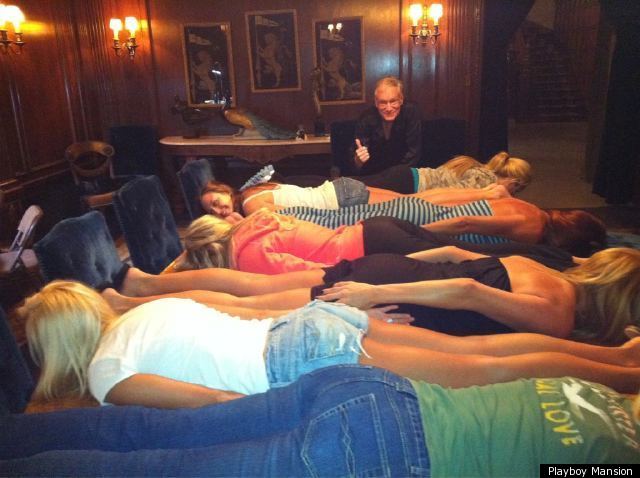