After a whirlwind demonstration of modern technology, a bionics innovator left his audience with the most inspiring scene of all -- a simple, beautiful dance.

In the video above, which was posted to TED.com on Friday, MIT researcher Hugh Herr explains the stunning bionic advances made for those with impaired mobility.

But the most electrifying moment came near the end when Herr brought Adrianne Haslet-Davis to the stage to perform a ballroom dance routine with her own bionic limb. According to Herr, whose team created the high-tech prosthetic, it was the first time Haslet-Davis, 33, had performed since the Boston Marathon bombings last year when she lost part of her left leg.

Starting at the 16:15 mark, the video shows her gliding across the dance floor, exhibiting the capability of her new bionic leg and proving Herr's earlier declaration that "a human being can never be broken."

"In 3.5 seconds the criminals and cowards took Adrianne off the dance floor. In 200 days, we put her back," Herr said, right before introducing Haslet-Davis and her partner, Christian Lightner. "We will not be intimidated, brought down, diminished, conquered or stopped by acts of violence."

The talk and performance originally took place in mid-March during the 2014 TED Conference in Vancouver.

Herr is the head of MIT Media Lab's Biomechatronics Group, a research arm that studies human movement and designs bionic devices to both restore lost function and to 'augment human performance beyond what nature intends.'

The dance capped off a science fiction-like presentation as Herr explored concepts like nerve regeneration, electro mechanics and synthetic skin mirroring. Any doubt as to the reality of these technological advances was erased by Herr himself, who strode across the stage on his own pair of bionic legs. Both of his legs were amputated in 1982 due to frostbite from a mountain climbing accident.

Watch the video above to see Adrianne Haslet-Davis' routine and other examples of how technology is, as Herr said, "bridging the gap between disability and ability, between limitation and potential."

For more thought-provoking videos, commentary and blogs, check out HuffPost Tedweekends, a section devoted to highlighting today's most potent ideas. 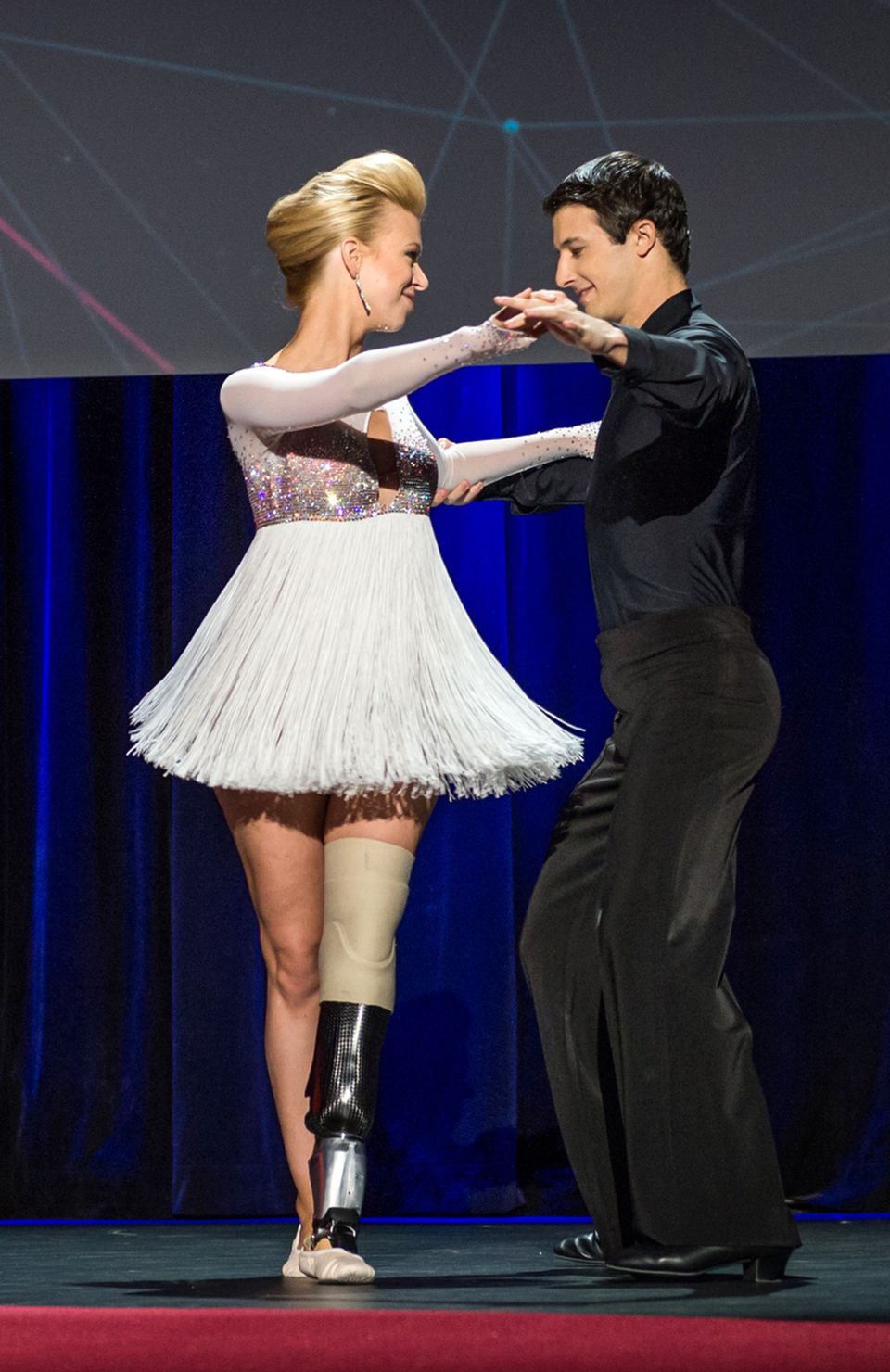