Hugh Jackman and wife Deborra-Lee Furness were photographed walking through SoHo in New York with their French bulldog, Dali, and a surprising addition: Furness' middle finger. The 57-year-old former actress was apparently not happy with the paparazzi as they followed the family en route to pick up daughter, Ava Jackman, from school.

Jackman, 45, has been increasingly more open about discussing his marriage of 18 years to the press -- including addressing those pesky gay rumors. "It's, to me, not the most interesting thing about a person, anyway," Jackman told Australia's "60 Minutes" in July. "I do get frustrated for Deb, 'cause I see Deb go, 'Ah, this is just crazy!'" 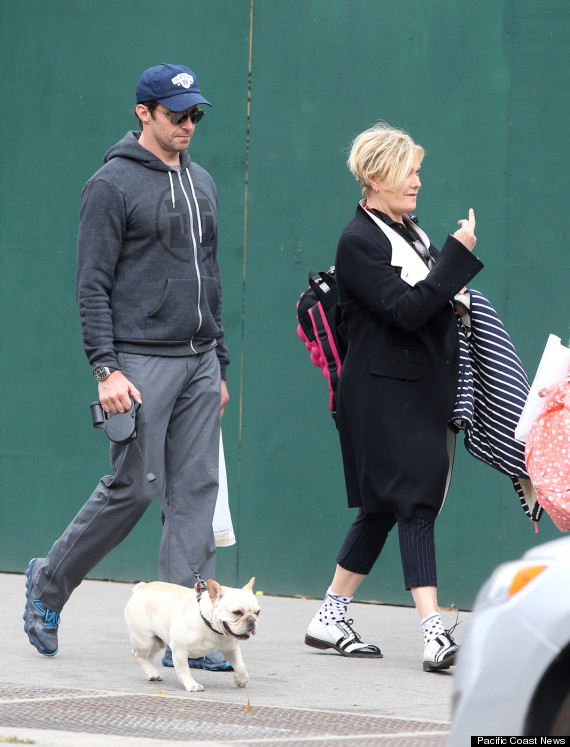