The funeral for late Venezuelan President Hugo Chavez, who passed away March 5 after a long battle with cancer, will be held on Friday, March 8.

Chavez's funeral will be accompanied by seven official days of mourning, reports Reuters. Classes at schools around the country have been suspended, and various heads of state and dignitaries from around the world are expected to arrive for the event.

Until Friday's funeral ceremony, expected to be a lavish affair, Chavez's body will remain at Venezuela's Military Academy. Per the Guardian, a procession carrying his casket to the academy Wednesday was thronged with thousands of mourners, including his mother.

It is unclear whether Chavez's body will be available for a public viewing.

Voice of America reports Chavez's final burial spot has not yet been disclosed. Reuters writes that some observers speculate he could be buried alongside the remains of Simon Bolivar, the late leader's inspiration, in a yet-to-be-completed mausoleum under construction in Caracas.

Venezuelan legislator Freddy Bernal told Reuters the mausoleum would be a fitting spot for Chavez, stating, "For his political brilliance and commitment to the country, Commander Chavez has earned his place beside the Liberator Simon Bolivar in the Pantheon."

Hugo Chavez Funeral: Friday's Ceremony Expected To Be Lavish Affair
Hugo Chavez taken to a military academy to prepare for his funeral 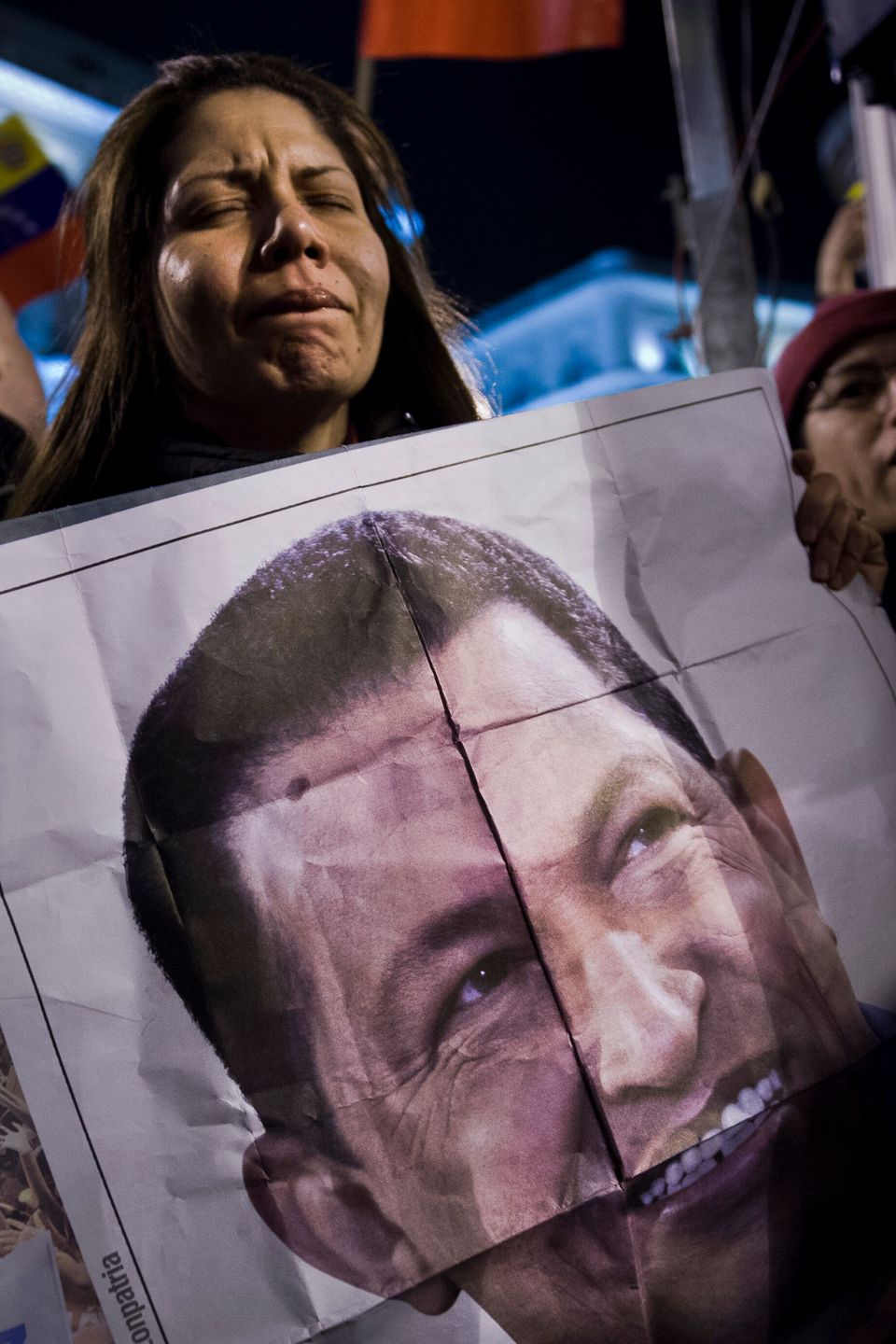 1 / 68
A supporter of late Venezuelan President Hugo Chavez cries during a homage gathering in Madrid, Wednesday, March 6, 2013. Some marked Chavez's death with tears; others with cheers. There was deep mourning in Latin American countries. Chavez, who died Tuesday, was seen as a hero by some for his socialist programs, his anti-U.S. rhetoric and gifts of cut-rate oil.(AP Photo/Daniel Ochoa de Olza)
AP