Part I of this article, click here, detailed the economic and lifestyle concerns of the motorized vehicle in the Hawai'i environment. Part II shall examine the practical, mindful and philosophical.

In the Zen of life, love and the motorbike, one must realize that everyone is trying to kill you. There is no Safe Zone. #nosafezone

I recently met a blue-eyed beachcomber. "Yeah, I'm Tony the Tiger from Wai'anae," he said and turned to show me the cereal character tattooed onto his back. He pointed to my motorbike, "You gotta be careful on those things. My friend Kawika just got killed onna those last week. Be careful, man."

Sometimes I like to take my morning coffee in Manoa Valley. The cooler temperature, perfumed flowers and mountainous clouds create the place where rainbows are made. The rough road with caldera-size potholes presents me with many terrors and sensations. By the time I arrive, I am over stimulated and I really don't need the caffeine.

In the safe, sealed, climate control of an auto, man has conquered nature and the elements. On a two-wheeler, one must embrace the beauties and hazards of our natural world. The sun warms your neck and shoulders. A soft breeze reminds you that all is beautiful and alive. Nature is bittersweet. A gale force wind, gusting 40, can throw your balance real fast.

At holoholo speeds, the Hawai'i soft rain that falls on your face tickles to annoyance. On a fast tack to windward, heaven's tears turn into sharp needles of searing pain. Either way, you are getting wet, a great joy when wearing a bathing suit, damnable in a tuxedo and annoying in all modes between.

Water is a two-wheelers greatest threat. The proposition of leaping on a cycle in wet weather should be answered as carefully as an invitation to a game of Russian Roulette. Curves and corners must be taken at grandma speeds. Painted crosswalks and street markings are as slippery as glass when wet.

One midnight I was walking home in a light Hawai'i rain, cursing at the bus that failed to appear. I was thinking that it was finally time that I get back on the bike. After a bones-breaking accident, my motorbike stood unused, nothing more than a lawn ornament. Just as I was complaining about the long wet walk, thinking "I've gotta get back on the cycle," two motorbikes turned on wet asphalt right in front of me. The two big islanders, each with a case of beer on their laps, both wiped out on the wet turn. Plastic parts and silver beer cans flew. The road racers escaped injury but not the embarrassment. Rain is a bitch on a bike.

The only thing that O'ahu shares in common with the island of Manhattan is parking cost and scarcity. Many residents in urban O'ahu spend an average of twenty minutes per day driving around their high rise neighborhoods looking for the elusive extra parking space. On a cycle scale, small wins. You can park a moped on the sidewalk, a grassy median or the head of a pin.

Beyond the economic and practical benefits of the motorbike in Hawai'i, the thrills far outweigh the many dangers.

Zip the lips. Cyclists are either smiling with the joy of the ride or grimly frowning after the latest auto attack. The cyclist does both with closed lips. Flying free in the elements, it is best to keep all orifices closed, as flora and fauna tend to invade. I recall a honeybee that recently smacked me in the Ray-Bans at 35 mph and fell inside my shirt, only to sting me a half an hour later when I tried to save her life. A loop around the Honolulu Zoo is a risky no-no; the stinky zoo at sundown is like a magnetic rave for flying insects. As I sped past once, I laughed at a funny thought, and inhaled a grill full of dizzy pterygota.

Wheel size matters. The wide wheel diameter of an off-road motocross bike can take a pothole with the slightest of inconvenience. Yet when the tiny tot tire of a moped hits a Honolulu crater, the liver lurches, organs are redistributed, fillings rattle in their molars and the skull bounces on the spine.

Anyone on a motorbike with the slightest inclination toward a persecution complex will be immediately rewarded with evidence of the collective hostility directed toward them. In truth, the majority of automobile drivers, unconsciously or not, are trying to get you. 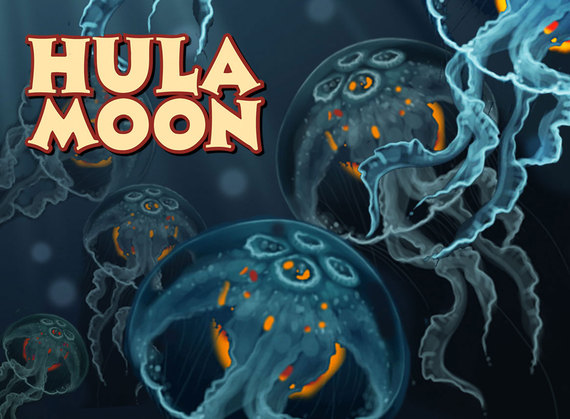 There is the angry man, who after arguing with his wife, gets behind the wheel of his five thousand pound vehicle. There is the ivory-skinned Asian woman who has constructed so many sunscreens inside her car that she can no longer see the road. There is the daredevil Waikiki cab driver that is only thinking of snatching the next airport fare. With harmless stupidity or malicious intent, motorbike travel demands a Spiderman-sense to danger.

Recently, I was sailing along Prospect, when, out of the corner of my eye, I saw a car ahead, backing recklessly out of a driveway. Boxes were stacked on the roof, the driver's side door was open and there was no driver. The sedan was reversing swiftly. Was the trajectory of the car aiming into my path and when? Is this my demise, my cruel and laughable end? Then a man ran into the moving drama. With his arms and legs windmilling, he leapt into the car. I made a million decisions instinctively; my left hand ditched the brake and my right hand popped the accelerator. As I flew past, the man was scrambling to set his emergency brake. Danger is everywhere.

Apparently, one of the greatest threats to the Hawai'i motorbike rider is the ice (meth) addict. Theft is such a concern that one must anchor a bike with US Navy aircraft carrier strength chain link. Often, the chain and lock cost and weigh more than the motorbike.

We are so protected today. Air bags, disc brakes and thick harnesses. Cars practically drive themselves. On a bike, you are solely in command of so many choices that have dire consequences. Balance, left, right, up, down, speed, road surface, pizza delivery car leaping on the right, weird sound on the left. Look out!

Because a motorbike demands so many sensations and apprehensions, the experience is a constant, wide-eyed living reminder of the importance of Now. Speed on scant wheels is the philosophical equivalent to ripping the scab off a wound. Just like Life, the motorbike in Hawai'i is beautiful, fun and very much alive.

Gordy Grundy is an O'ahu based artist, arts writer and libertine. His visual and literary works can be found at www.GordyGrundy.com.