In his 20s and 30s, a Georgia -born athlete named Terry Gene Bollea took the pro-wrestling world by storm, igniting "Hulkamania" around the world as the six-time WWE world champion Hulk Hogan. Since then, Hogan's personal life has been filled with some very public highs and lows, but one thing is undeniable -- at age 61, Hogan has kept up his famous physique.

From his home in Florida, he takes "Oprah: Where Are They Now?" on a tour of his personal gym. "This is the garage gym that's a 120 degrees all day long," he says in the above video.

Hogan says staying fit boils down to three things. "Come down to the gym for an hour and a half every day, use light weights and try to be consistent with eating good food," he says.

The key word is try, Hogan adds. "Every once in a while, I'm addicted to chocolate, and I'll go off on a binge," he admits.

As for his workout routine, Hogan likes to keep it simple -- you won't find the latest fitness fads or high-tech trends in his home gym. "I stick to the basics," he says. "The leg extensions, the leg curls, dumbbells, the crossover machines."

Wife Jennifer McDaniel says Hogan's favorite workout is anything that has to do with bulking up his arms. "I call mine the little garden snakes, his are the pythons," she says. "So I can do like, 20 pounds on the Preacher Curl, and I think he does 120."

After dabbling in everything from wrestling to reality TV to music, Hogan has good reason for keeping up appearances at the gym. "Well throughout the years, I've said, 'Big arms, big paychecks,' so I spend a lot of time here," he says.

More: Hogan opens up about hitting rock bottom and the night he contemplated suicide.

Where Are They Now? OWN Video Own Oprah Winfrey Network Celebrity Workout 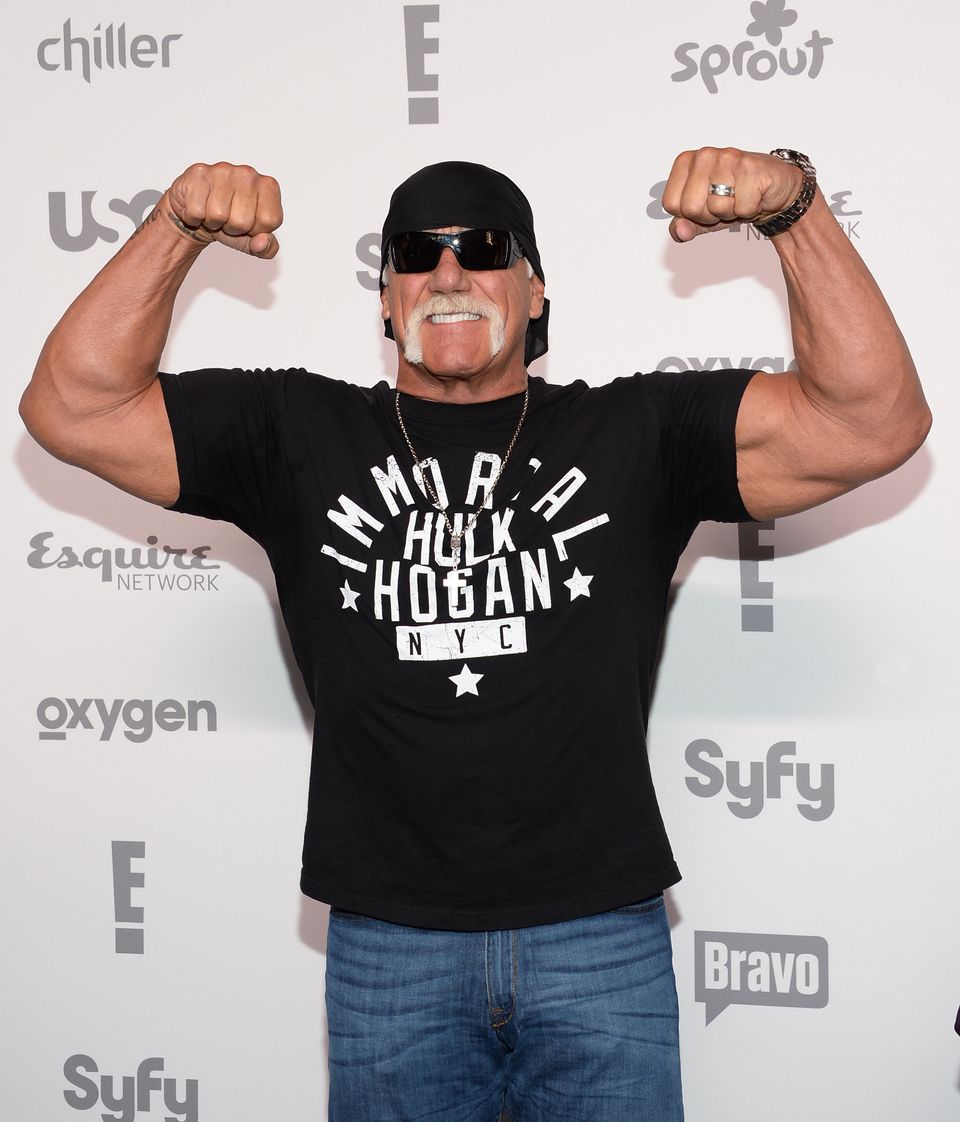