You may be aware of a dog named Hulk, who, at some 175 pounds, has been billed as the world's largest pit bull.

But you might not be aware of why this fellow is controversial among many in the animal rescue community. (And it's not because of his personality, which by all accounts tends toward smushy-face marshmallow.)

The problem, some argue, is that Hulk comes from a breeder. That same breeder is now offering the big dog up as a stud -- impregnation services are listed at $20,000 -- while some 1.2 million dogs, many of them pit bulls, are killed in shelters across the country every year.

"The popular opinion in rescue is that responsible breeders of American Pit Bull Terriers acknowledge the overpopulation crisis, and are not breeding right now," reads one especially searing critique on rescue group Hello Bully's Facebook page. Breeders, the post goes on to say, "continue to contribute to the massive overpopulation and euthanasia that plague the Pit Bull."

Here's the good news for those who like big pits (as well as oversized canines of other persuasions) and who'd also like to help bring that euthanasia figure down: There are lots and lots of large-sized dogs, including a whole bunch of pits, who are available for adoption right now.

Each and every one of these 17 gentle giants is prepared to give you -- yes, you -- a mighty lot of loving.

These dogs come courtesy of the following shelters and rescue groups, which also provided descriptions and photos: 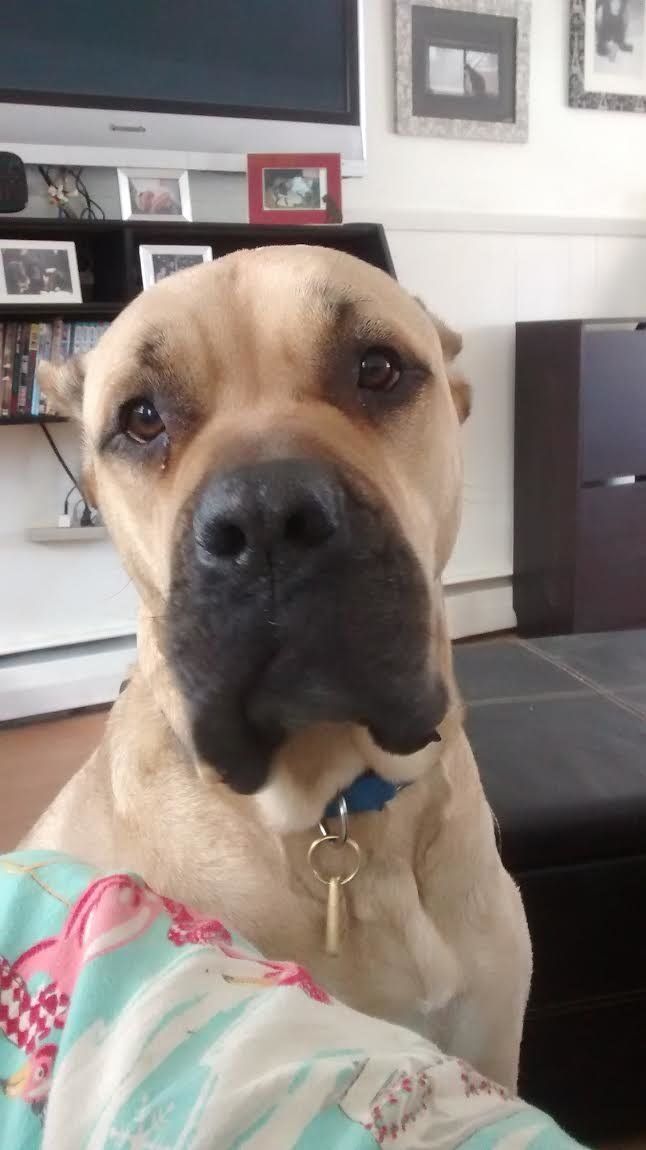