The first of their kind to be found in Denmark, the footprints may shed light on what life was like for coastal people during the Stone Age.

The prints were recently unearthed as part of an ongoing excavation on the Danish island of Lolland by archaeologists at the Museum Lolland-Falster.

"This is really quite extraordinary, finding footprints from humans," Terje Stafseth, an archaeologist at the museum who helped excavate the prints, said in a written statement. "Normally, what we find is their rubbish in the form of tools and pottery, but here, we suddenly have a completely different type of traces from the past, footprints left by a human being." 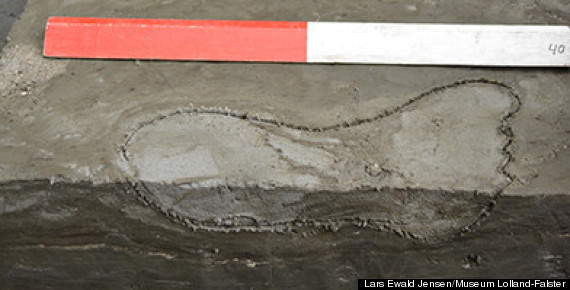 Footprint found during the Lolland excavation. 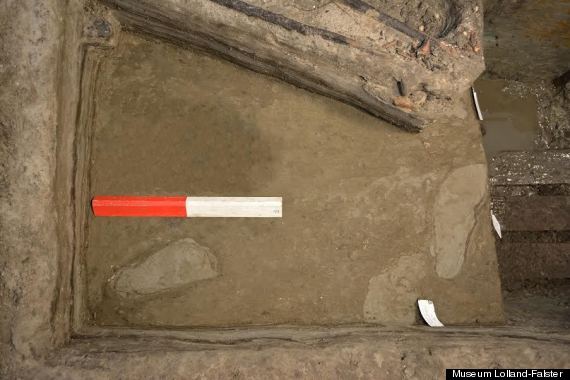 The archaeologists believe the prints were made two fishermen, as one set of prints are larger than the other. The prints were found near a fishing fence that dates to around the same time.

"What seems to have happened was that at some point they were moving out to the [fish fence], perhaps to recover it before a storm," Lars Ewald Jensen, the museum's project manager, told Live Science. "At one of the posts, there are footprints on each side of the post, where someone had been trying to remove it from the sea bottom."

The museum will continue excavating the site for another year or so, according to LiveScience, until construction begins on a new underwater tunnel that will link Lolland to the German island of Fehmarn.