Looking to decorate your apartment in one of the most unique ways imaginable? One New York Craigslist user has just the thing for you, if you have have the space for it: a human hamster wheel.

In a Craigslist ad, which is not even one of the strangest ones we've come across, a resident in Brooklyn's Clinton Hill neighborhood is giving away his human-sized exercise wheel for free. Apparently, the handcrafted device is fully functional and can accommodate up to 200 pounds. 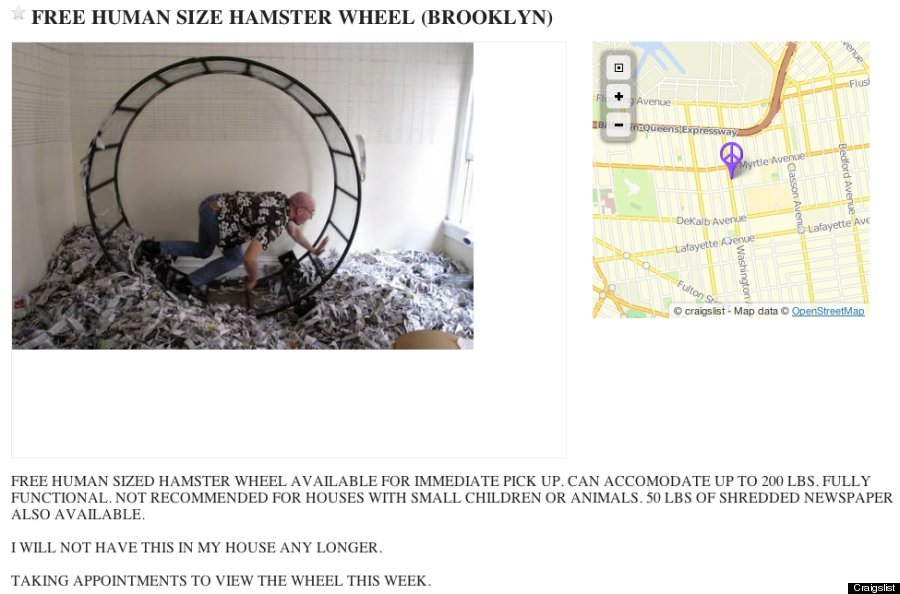 Gothamist reached out to see if the ad was a joke, but the Craigslist user, who goes by Sandra Z., insists the wheel is the real deal.

"I made made it so that I could run in it,” he said. "Exercise, novelty fun."

If the human hamster wheel is not some sort of elaborate joke (like this recent Williamsburg Craigslist ad was), then it's certainly one way to avoid paying a monthly gym membership.

Update, Oct. 21: The human hamster wheel is too good to be true and is actually a elaborate prank from 2006.

PHOTO GALLERY
There's A Reason It's Free On Craigslist

This Human Hamster Wheel Could Be Yours For Free, If You Can Pick It Up From Brooklyn (PHOTO)
There's A Reason It's Free On Craigslist 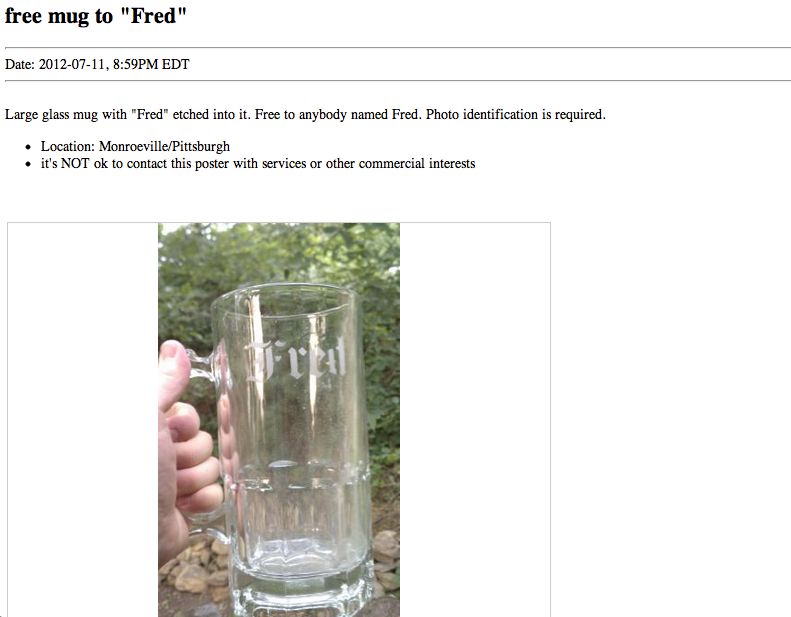