You shouldn’t judge a book by its cover, but when it comes to other people, sometimes we do.

Ronni Abergel a 42-year-old from Copenhagen, Denmark, is trying to change that with the Human Library, a place where individuals can "check out" people, or “human books,” for a 30-minute conversation, instead of a novel.

"Sometimes you see someone in the supermarket and think things about them, but you don't dare go ask them questions," Abergel told Today.com. "I wanted to build a space where you can ask them anything because they volunteered to answer."

Abergel opened the alternative library in Copenhagen in 2000, and has since brought the idea to 70 countries, according to Today.com. The library has come to a few spots in North America like Vermont, San Diego, Virginia and Toronto, according to USA Today. Human books vary from people who are blind and deaf, bipolar, homeless and, in the case of a Rochester, New York, event, a white woman who grew up in apartheid-era South Africa.

Abergel has a story of his own. Growing up in Denmark, he told Today.com, that he was part of a bad crowd. But in 1989, at the age of 15, he moved to Connecticut for a year and lived as a foreign exchange student. When he returned home, he had a newfound respect for people who were different from him.

According to The Human Library’s site, in 1993, he and a few friends started a successful youth group called “Stop the Violence” after a mutual friend was stabbed. Thankfully the friend survived, but the incident inspired Abergel to help people start open conversations about their differences.

When Stop the Violence was asked to develop an activity for a festival in 2000, the group came up with the idea for The Human Library -- which just did a stint in Wisconsin this past February.

Abergel hopes to bring his novel concept to all 50 states soon, telling Today:

"I figured that if we could make people sit down with a group attached to a certain stigma they don't like or even know about for that matter, we could diminish violence.” 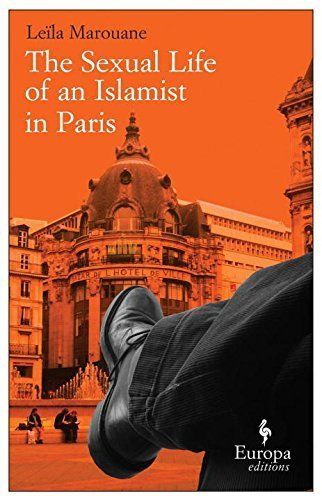