There's no doubt that different groups of people can look very different from one another. But to contemporary anthropologists and sociologists, the notion that there are distinct "races" of human beings, each with its own specific attributes, doesn't make much sense. 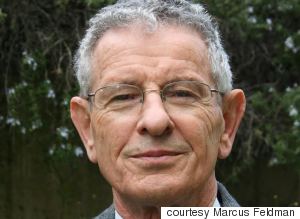 The same goes for biologists like Stanford University's Dr. Marcus Feldman, who has done pioneering research on the differences between human populations.

Does the concept of race have any scientific validity? Or have biologists discarded the term?

Many biologists have replaced the term “race” with "continental ancestry." This is because such a large fraction of the world has ancestry in more than one continent. The result is hyphenated nomenclature, which attempts to specify which continents are represented in one's ancestry.

For example, our president is as European in his ancestry as he is African. It is arbitrary which of these an observer chooses to emphasize. Obama’s opponents overtly and by implication denigrate him because of his African ancestry. But he is equally European.

How did the concept of race originate?

Probably from Aristotle’s predilection with classification. But more recently with [German physician Johann Friedrich] Blumenbach’s classification in 1775 of the five human races.

How do biologists today view race, and how has that view changed in recent years?

Biologists generally agree that with enough data on DNA it is possible to say that someone’s ancestry is more likely to include representation from a given set of continents. Genes contributing to phenotypes that are recognized through our senses (for example, sight or touch) as defining differences between people from different continents (commonly referred to as races) or from different populations comprise a small proportion of the human genome, perhaps 10% to 15%. This is the meaning of [biologist Richard] Lewontin’s 1972 paper and subsequent analyses of worldwide molecular genetic variation. How do biologists explain the differences between different populations of humans?

It depends what differences are referred to. Skin color differences, for example, may be the result of the action of 40 genes. Height might involve several hundred genes.

So why did we evolve to look so different from one another? 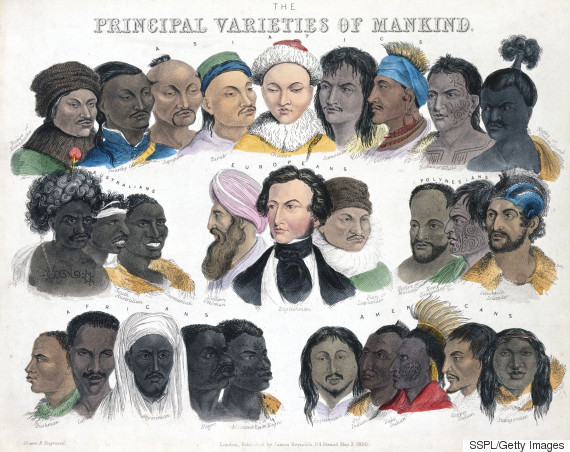 Engraving by the British artist John Emslie (1839-1913) showing facial portraits from different parts of the world, and demonstrating racial and regional differences. The portraits are grouped under the headings: Asiatics, Australians, Europeans, Polynesians, Africans and Americans, and illustrate European perceptions of people indigenous to each area. How much does DNA differ from one population to another?

Eighty percent to 90 percent of genetic variation is within populations, so the fraction between populations is very small. As a result of the genes they carry, different populations can face different vulnerabilities—for example, their risk of suffering from certain diseases. Is there any evidence that certain populations have specific physical or intellectual attributes?

As I mentioned above, some populations do show higher frequencies of some disorders. These differences may be due to increases in the frequencies of genes that occurred by chance due to the small size or constitution of their founders. Other diseases can be due to cultural choices or societal constraints, such as dietary preferences or poverty. The latter are not genetically determined. Do any non-human animals exhibit races?

Biologists use the term "race" to describe variants of a species that exhibit phenotypic differences over geographical ranges. The term gets confused with sub-species and other names. [Evolutionary biologist Theodosius] Dobzhansky referred to fruit fly races, and others use the term for populations that have chromosomal differences but can still mate successfully. It is not clear what the exact criteria for such races are. Are humans “hard wired” to be suspicious of those who look different from ourselves?

"Hard-wired" is generally a synonym for genetically determined. Four-leggedness in dogs as opposed to two-leggedness in humans is probably genetic, but there is no evidence that I would accept xenophobia as genetic. Are humans starting to look more like one another?

As migration increases around the world, features that might previously have allowed our eyes to classify people will undoubtedly become blurred. Then the small fraction of DNA differences that differ between populations will become even smaller.

So from a biological standpoint, it doesn't seem to make much sense to use the term "race." Should we stop talking about race and racism in everyday life?

I think race is outdated and often pejorative, but racism is alive and (unfortunately) not decreasing. I think we must remain on the alert for racism and have ready responses to it when it rears its ugly head.

A Psychologist's Explanation Of Why Racism Persists In America