As the scale of Hurricane Dorian’s devastation in the Bahamas comes into focus and the number of known deaths rises, an animal shelter on the island of Grand Bahama has also gotten a clearer picture of its losses from the storm.

A nearly 20-foot storm surge overwhelmed the Humane Society of Grand Bahama in Freeport on Monday night, causing destruction and flooding that killed 113 dogs and cats, executive director Tip Burrows told the Miami Herald. Burrows had not expected the shelter, which is 10 feet above sea level, to be hit so brutally.

“We’ve been through several storms there with no flooding issues at all,” Burrows told the Herald. “So the water all of a sudden just started rushing in, they described it sort of like a raging river.”

The shelter put out a distress call that night on Facebook, saying that six people who were at the shelter trying to keep the animals safe were in “neck high water.” They ultimately had no choice but to swim for their lives, the shelter said in a later post. All six survived.

The Herald reported Thursday that about 156 dogs and cats at the shelter survived the hurricane. Many of the cats had been able to climb up above the high water, the shelter said on Facebook. But on Friday, an additional surviving 15 dogs were found hiding in an area behind the destroyed shelter, according to Across Florida Patch.

Some of the animals at the shelter when the storm hit were pets of local people who had boarded them there when they had to evacuate themselves. Some of those pets were among the animals who died, though 26 of the pets boarded for the storm survived and some have been reunited with their human families.

Freeport resident Keith Cooper posted videos and photos of the shelter on Wednesday that included a clip of him reuniting with his cat, Boogie.

With the shelter destroyed, the animals without homes are being prepared to be relocated to shelters and animal rescue groups in Florida. The shelter has called for donations to help its recovery.

As of Saturday morning, officials in the Bahamas put the Dorian death toll at 43, but said it was likely to increase as bodies continued to be recovered.

“We acknowledge that there are many missing and that the number of deaths is expected to significantly increase,” Prime Minister Hubert Minnis said Friday. “This is one of the stark realities we are facing in this hour of darkness.”

Dorian made landfall in the Bahamas as a Category 5 hurricane, then came to a standstill as it hammered the archipelago with intense rains and winds. Aerial photos of Grand Bahama and the Abaco Islands from Thursday showed shocking widespread destruction that experts say could take years of rebuilding.

Though hurricanes have long been a threat in the region, a warming climate is contributing to their increased intensity. Atmospheric scientist Jennifer Francis explained to The Washington Post that warming ocean temperatures essentially give hurricanes more fuel, with warmer air holding more moisture that results in heavier rainfall from the storms. Rising sea levels also lead to higher storm surges and worsened flooding.

Additionally, scientists have found that it’s becoming increasingly common for hurricanes to stall over a particular location for longer periods of time ― as Dorian did in the Bahamas and 2017′s Hurricane Harvey did in Texas ― battering one place with unrelenting rain for a longer period of time. NASA scientist Tim Hall told the Post that researchers are examining the relationship between a warming climate and these slower moving hurricanes. 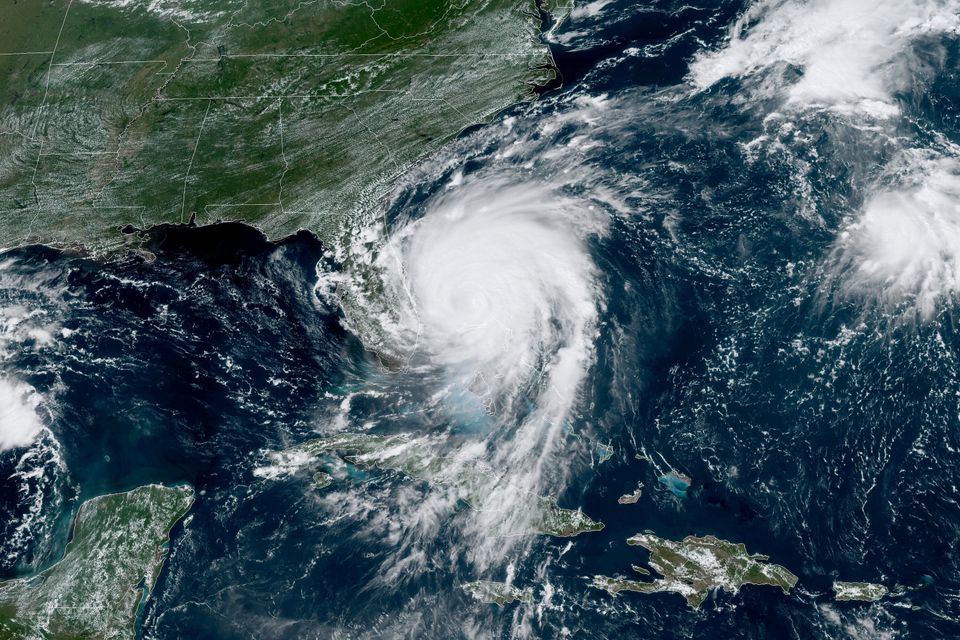