LONDON -- A special humanitarian conference -- the World Humanitarian Summit in Istanbul -- promises to be a defining moment for the 24 million out-of-school children in conflict zones worldwide, for two reasons.

First, the Syrian civil war has reminded us that crises are rarely resolved quickly. Recognizing that, peacemakers in Istanbul will consider a bold plan to create a new humanitarian fund for the provision of education in emergencies.

Second, such a fund speaks to an exciting new narrative in humanitarian relief efforts. Partnerships are increasingly mobilizing all the talents at our disposal, cutting across the public, private and nonprofit sectors. So in Istanbul, society's brightest minds must unite, establish and guide a cutting edge fund for education in emergencies. In reaching for this transformative funding facility, we have the benefit of a stiff tailwind. We just wrapped up the Syria Donors Conference in London, where international leaders and diplomats pledged $10 billion for the victims of the war in Syria and made a commitment to focus on the schooling needs for the 2.1 million out-of-school children within Syria itself, plus the 1.7 million vulnerable refugee children in neighboring countries. 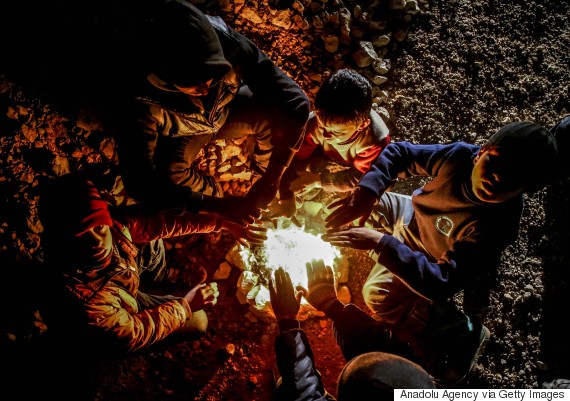 Syrians who fled the attacks of Syrian and Russian air forces around shelter at a refugee camp on the Turkish-Syrian border on Feb. 8. (Fatih Aktas/Anadolu Agency/Getty Images)

But as a report prepared for the secretary-general of the United Nations by the U.N. undersecretary general for humanitarian affairs, Stephen O'Brien, reminds us, we can do more. The thesis is clear: "education ... is not a luxury that can stop and start due to external circumstances." To see where rhetoric meets reality -- the rubber hitting the road, as it were -- one need only look at what has happened to children during the war. As the report notes, "education can prevent" all the horrors we have seen -- "early, forced and child marriage, abuse and the recruitment of children [to militias --] in the short term." Time and again we are reminded that in periods of crisis, parents and children identify education as one of their highest priority needs. This is not to diminish the importance of food, shelter and safety; in fact, the vast majority of humanitarian aid goes to securing these basic minimums. But therein lies the rub. Humanitarian aid should not stop at basic minimums. For humanitarian emergencies are never over in a few days or months. Increasingly they are protracted crises -- the Syrian civil war now marches into its sixth year, the South Sudanese and Eritrean crises are more than a decade long, the Pakistan-Afghan border disagreement is decades old. The list goes on. 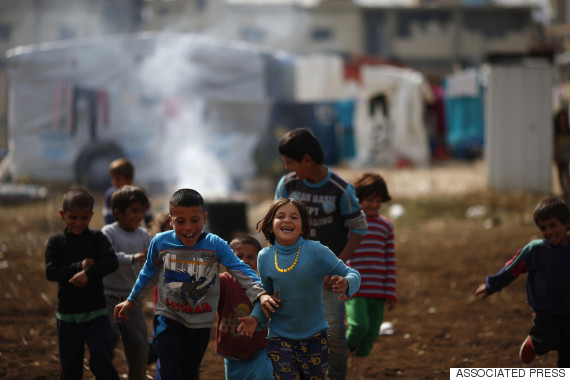 So we need a grander, more sweeping vision recognizing that education provides a dignity that cannot be found underneath a 10 kilogram bag of rice. The report's recommendations to increase the coverage of inter-agency humanitarian appeals to a minimum average of 75 percent and expand the Central Emergency Response Fund from $500 million to $1 billion by 2018 prime the international community for further action. Placing equal, if not greater stock in a permanent funding facility for education in emergencies would provide backbone and intuitive weight to his existing set of proposals. We have seen agreement from a number of U.N. divisions -- UNICEF, UNESCO and UNHCR, as well as external agencies like the World Bank -- on the need for such a platform. As a believer that an education is a child's best hope in a future worthy of planning, perhaps a fitting name for such an education fund would be HOPE: The Humanitarian Operation for the Provision of Education in Emergencies. Circumventing the ritual passing of the humanitarian aid begging bowl during times of crisis, an education in emergencies fund could disburse aid at the first sign of smoke. With the support of U.N. agencies and friendly governments, the fund could be up and running by year's end. And with the goal of educating 1 million out-of-school Syrian refugee children in 2016 -- and all children forced out of school because of this crisis the following year -- the time for action is now. 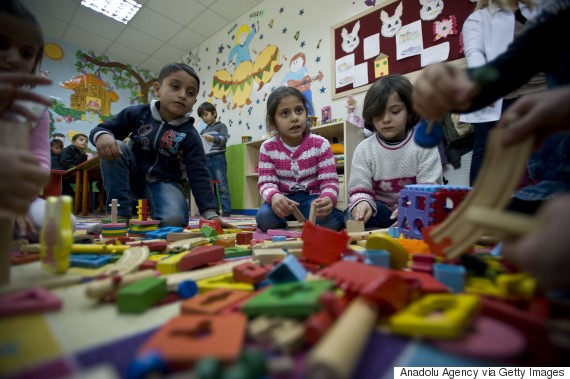 Creating an education in emergencies fund at Istanbul can also mark the beginning of what I believe is a defining shift in how humanitarian aid will be delivered. The longstanding tradition of the public sector setting the pace of aid delivery will be increasingly complemented by those who can deliver the same goods faster, safer and cheaper. By releasing the pressure from public institutions spread too thin, we can create a space that is more inclusive and effective. This partnership model aligns with O'Brien's vision of calling for the use of all financial instruments at our disposal to secure humanitarian aid. Some of the world's largest technology firms and most visible philanthropic organizations have lent their support to the cause. Already, $70 million has been contributed to the Syrian refugee education effort by 50 companies.

But this story is far bigger than dollars and cents. As history shows us, when broad coalitions of individuals across the private, public and nonprofit sectors come together, they can succeed in advancing the human cause. The companies that joined Bill and Melinda Gates to find -- and fund -- a cure for Ebola, for example. The entrepreneurs using solar energy and off-grid electricity to power the most remote tribal villages in Africa a full century after the gift of stable electricity was born. From digital learning in refugee camps to rebuilding schools for the 21st century, these stories will only grow in number when backed by an education in emergencies fund. So inside the humanitarian tent we need charities, philanthropists, businesses and social enterprises as well as governments and international agencies -- not just one sector determining who gets to set the pace of progress. Not dogmatic dismissals writing off creative thinkers. And not divisions where unity is most needed. Humanity is everybody's business, and an education is everybody's right.