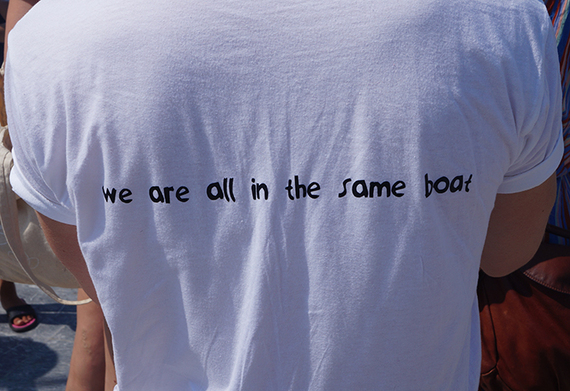 If you are following the news about Greece, you should know that apart from the financial and political crisis, we are facing another one: a humanitarian crisis. Thousands of refugees and migrants are arriving every day to Greece, mainly to the islands of the Aegean Sea through the Turkish coastline.

A lot of them are coming from war-torn countries, like Syria and Iraq, seeking asylum to save and rebuild their lives. Migration is turning into an important challenge for the whole European Union, and the Commission and member-states like Germany and France are promising to take action, while others like Hungary or Slovakia seem to be much less welcoming.

Startupboat, an initiative that I recently joined in the Greek island of Samos explored how a cross-border collaboration between the entrepreneurship, innovation, art and investing communities could develop solutions to ease out the hardships of migrants and local communities. 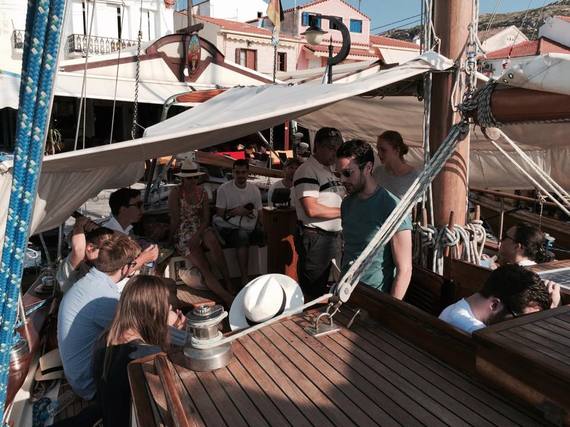 The migration waves have grown bigger over the last year for Greece. 2015 is already a record-breaker for the last decade, with 156,726 migrants having been captured by the Greek police authorities as of July. According to the latest available data from the Hellenic Police, legal status and international protection regime was granted to 1,306 individuals for the same period of time.

Greek islands across from the Turkish coastline, such as Lesvos, Samos, Chios, Kos, and Rodos are receiving the majority of migrants and refugees. With a population of a few thousand each, and amidst the country's worst financial crisis, receiving hundreds of migrants every day is a great challenge for local authorities and activists struggling cover their basic needs.

Migrants after a dangerous rubber-boat trip from Turkey will arrive at some abandoned, rocky coast of the given island, walk for days to the island's main port (or get arrested along the way), to register with the local police and be transferred to a camp or granted leave for Athens and then for Europe. Usually, they will have to wait for hours, even days, before they're registered and ready to go. They will stand or sit under the sun, with no food or water, no sanitation units or medicine, frankly without even access to toilets. 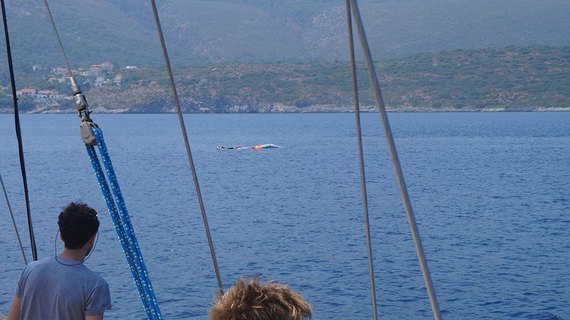 We all see the images on the news depicting the situation, but a first-hand experience is a completely different thing; let alone trying to work on solutions. This is what around 20 entrepreneurs, venture capitalists, business professionals and artists from Germany, Greece, the Netherlands and South Africa tried to do in Samos during Startupboat: Migration.

The initiative was put together by German-Greek Paula Schwarz, CEO at Exponential Network, that brings together private investors to fund impactful entrepreneurship, Vassili Sofiadelli, Founder of Visions2Ventures and Silicon Cape. ex-PwC South Africa Innovation Manager, and Wings University, an ed-tech german startup that develops an online university for refugees. 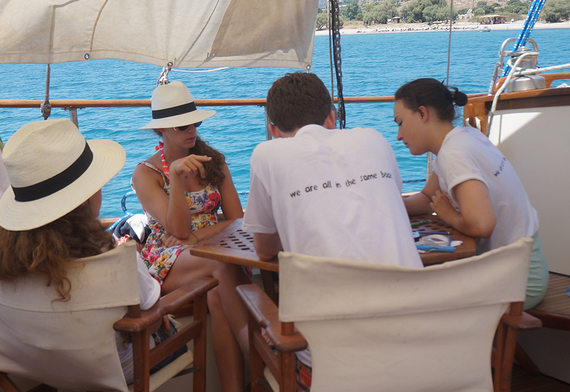 During Startupboat: Migration we conducted field research, brainstormed on solutions to specific challenges, developed our product and then we presented it to the local authorities. What struck most of the participants was the sea routes refugees are taking to arrive to Samos and the engagement with the refugees themselves. Before Startupboat: Migration we weren't aware that a lot of the refugees are well-educated and had a decent job and life in their home countries. War forced them to take the migration road. 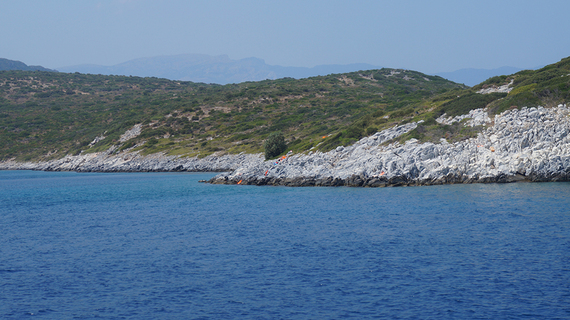 From their side, local port authorities, volunteers and activists told us they're open to help the refugees but they don't have any funding; they will have to rely on private contributions from locals. 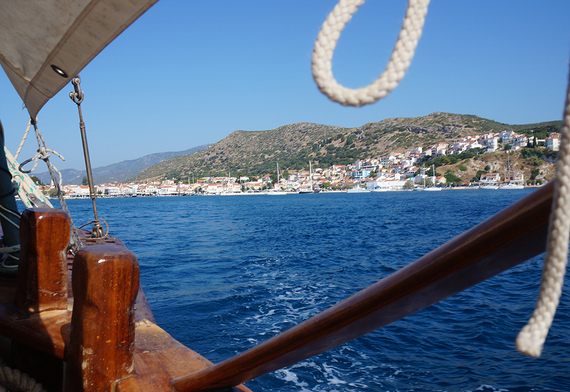 We took all these findings and we set sail to brainstorm on solutions. We decided to focus on the lack of information refugees are facing when they're arriving at an unknown location. We developed First-Contact.Org, a European-wide point of reference for refugees and a communication tool for them to connect with each other and people that can support them. 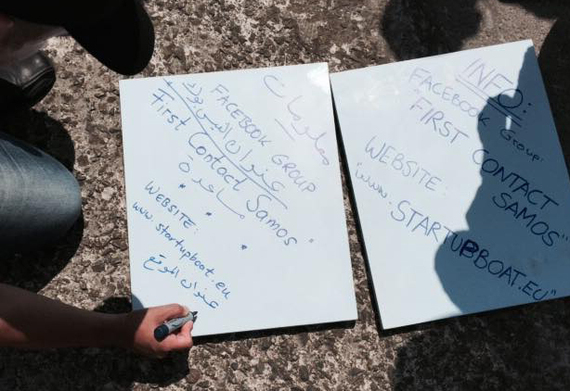 First-Contact.org was presented to the Mayor of Samos, Michalis Angelopoulos, who pledged to inform the Council of Mayors of Greece of our initiative, so they could facilitate the implementation of First Contact in other locations where refugees are arriving.

Startupboat: Migration concluded with a march from the main square of port Vathi to the local port offices. We were joined by the mayor himself, locals and tourists in order to deliver water, milk, dried food, fresh fruits, diapers and other supplies to the refugees. 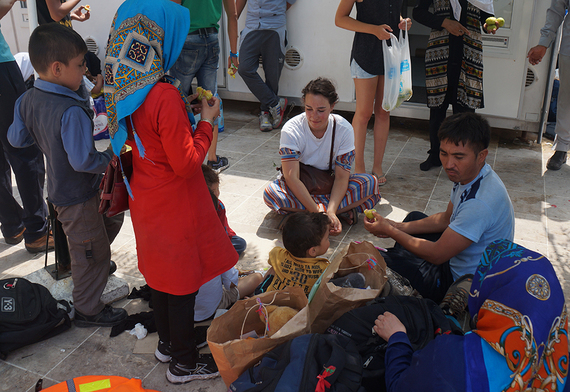 Samos is only an example of the magnitude of the problem crisis-stricken southern European countries are facing at their sea borders. Migration is a complicated issue, but a stronger political will of the rest of EU countries is needed. In the meantime, we shouldn't turn a blind eye to the problems of those who arrive here.

Hoping to contribute to that, Startupboat organizers' goal is to develop the migration edition into a global platform connecting migrants with NGO's and other supporters as well as generating projects that could provide short- and long-term solutions to their problems.