Exactly three years ago, on January 13, 2011, we humans were dethroned by a computer on the quiz show Jeopardy!. A year later, a computer was licensed to drive cars in Nevada after being judged safer than a human. What's next? Will computers eventually beat us at all tasks, developing superhuman intelligence? 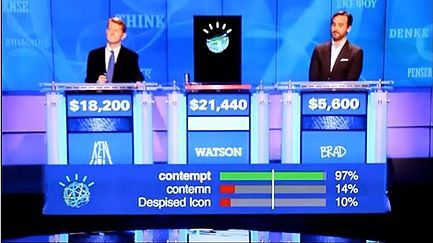 I have little doubt that this can happen: our brains are a bunch of particles obeying the laws of physics, and there's no physical law precluding particles from being arranged in ways that can perform even more advanced computations. But will it happen anytime soon? Many experts are skeptical, while others such as Ray Kurzweil predict it will happen by 2030. What I think is quite clear is that if it happens, the effects will be explosive: as Irving Good realized in 1965, machines with superhuman intelligence could rapidly design even better machines. Vernor Vinge called the resulting intelligence explosion The Singularity, arguing that it was a point beyond which it was impossible for us to make reliable predictions.

After this, life on Earth would never be the same. Whoever or whatever controls this technology would rapidly become the world's wealthiest and most powerful, outsmarting all financial markets, out-inventing and out-patenting all human researchers, and out-manipulating all human leaders. Even if we humans nominally merge with such machines, we might have no guarantees whatsoever about the ultimate outcome, making it feel less like a merger and more like a hostile corporate takeover.

In summary, will there be a singularity within our lifetime? And is this something we should work for or against? On one hand, it could potentially solve most of our problems, even mortality. It could also open up space, the final frontier: unshackled by the limitations of our human bodies, such advanced life could rise up and eventually make much of our observable universe come alive. On the other hand, it could destroy life as we know it and everything we care about -- there are ample doomsdays scenarios that look nothing like the Terminator movies, but are far more terrifying.

I think it's fair to say that we're nowhere near consensus on either of these two questions, but that doesn't mean it's rational for us to do nothing about the issue. It could be the best or worst thing ever to happen to humanity, so if there's even a 1 percent chance that there'll be a singularity in our lifetime, I think a reasonable precaution would be to spend at least 1 percent of our GDP studying the issue and deciding what to do about it. Yet we largely ignore it (a rare exception being intelligence.org).

Moreover, this is far from the only existential risk that we're curiously complacent about, which is why I decided to dedicate the last part of my new book Our Mathematical Universe to this very topic. As our "spaceship Earth" blazes though cold and barren space, it both sustains and protects us. It's stocked with major but limited supplies of water, food and fuel. Its atmosphere keeps us warm and shielded from the Sun's harmful ultraviolet rays, and its magnetic field shelters us from lethal cosmic rays. Surely any responsible spaceship captain would make it a top priority to safeguard its future existence by avoiding asteroid collisions, on-board explosions, epidemics, overheating, ultraviolet shield destruction, and premature depletion of supplies? Yet our spaceship crew hasn't made any of these issues a top priority, devoting (by my estimate) less than a millionth of its resources to them. In fact, our spaceship doesn't even have a captain!

Why are we so reckless? A common argument is that we can't afford taking precautions, and that because it hasn't been scientifically proven that any of these disaster scenarios will in fact occur, it would be irresponsible to devote resources toward their prevention. To see the logical flaw in this argument, imagine that you're buying a stroller for a friend's baby, and a salesman tells you about a robust and well-tested $49.99 model that's been sold for over a decade without any reported safety problems. "But we also have this other model for just $39.99!", he says. "I know there have been news reports of it collapsing and crushing the child, but there's really no solid evidence, and nobody has been able to prove in court that any of the deaths were caused by a design flaw. And why spend 20 percent more money just because of some risks that aren't proven?"

If we'd happily spend an extra 20 percent to safeguard the life of one child, we should logically do so also when the lives of all children are at stake: not only those living now, but all future generations during the millions and potentially billions of future years that our cosmos has granted us. It's not that we can't afford safeguarding our future: we can't afford not to. What we should really be worried about is that we're not more worried.