She's a drug addict and compulsive thief just coming off a prison term. He's a professional hitman. They meet under sordid and lethal circumstances and quickly go criminal. 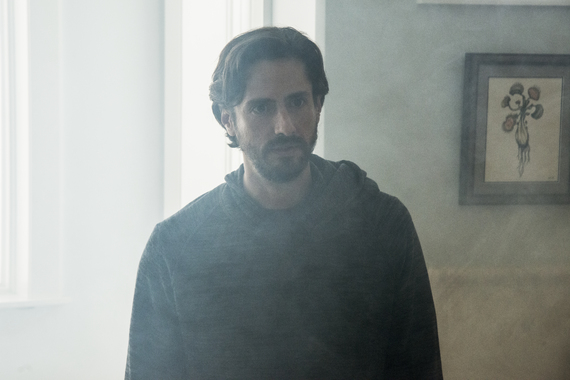 Well, if you believe Juan Diego Botto, who plays the hitman Javier (above) in TNT's Good Behavior (Tuesday, 9 p.m. ET), it's sort of a rom-com.

"It's got a lot of comedy," he says. "It focuses on the personal aspects. It's a love story."

A love story wouldn't be a stretch for Michelle Dockery, who plays Javier's new friend Letty Raines here. Dockery is best known, of course, as Lady Mary in the ultra-romantic Downton Abbey. 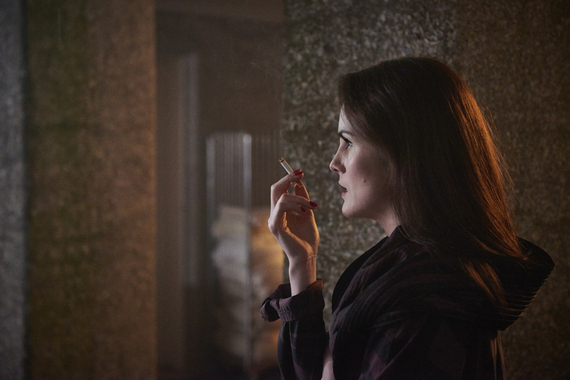 There are, however, some differences. Stylistically, Letty has about as much in common with Lady Mary as Miley Cyrus has with Mother Teresa.

Botto acknowledges that Letty, like Javier, can play rough. Part of their attraction is realizing both are adept at what they do.

Don't make the mistake, though, he says, of thinking Javier is just a human killing machine, like the guy in No Country for Old Men.

"He's actually a very complex character," says Botto. "This isn't a person with just one shade.

"He just has one huge contradiction, which is that he kills people for a living."

That's the kind of thing that can't be scrubbed off your record by going to confession a couple of times a year. But Botto says the storylines in Good Behavior, which is based on the Letty Dobesh books by Blake Crouch, allow him to flesh out Javier, just as Dockery makes Letty more than a dead-end lost soul.

"The show is about the relationship between two characters," he says, "who for the first time find something that seems to mean more."

What it doesn't seem to mean is a reprise of Bonnie and Clyde. Good Behavior has a very different tone, starting with a first date on which they both pretend to be someone they aren't.

"They lie to each other a lot," says Botto. "If they didn't, it would be a different story." 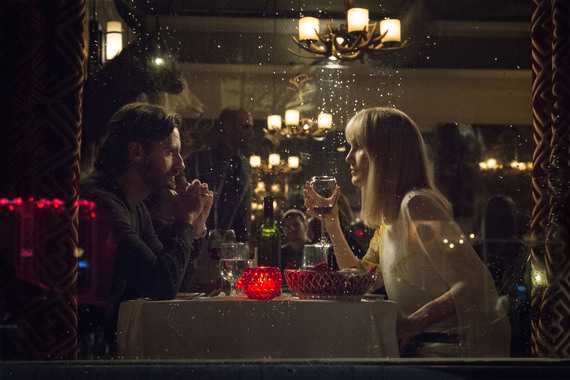 As they get to know each other, the lies fall away. They learn more, and so does the viewer.

"As it goes along," says Botto, "we will get to see why he does what he does."

Nor, he says, is that discovery road as somber as it might seem.

"There's a lot of comedy along the way," he says. "It's like life. There have to be happy moments.

"We explain the good behavior as well as the bad behavior. They each see the plight the other one has."

Botto adds that this requires a team effort among the cast, particularly himself and Dockery, whose work he had previously admired on Downton Abbey.

"She is very collaborative," he says. "She's the kind of actor you want to work with."

Botto also says this story unfolded for the actors much the way it will for viewers.

"I loved the first episode when I read it," he says. "I immediately started to wonder about his background. Does he like killing people? Questions like that. In the second episode, I think we see much more of who he really is.

"After that, I was waiting for the script for each episode to find out more.

"This is the kind of character I could spend five years playing. With a guy like this, you'd never get bored."

The 41-year-old Botto, who was born in Argentina and lives in Spain, has never been in much danger of boredom. He's played in dozens of movies, mostly in Spain. He has also done several acclaimed plays in Spain, and says he'd like to keep doing theater as well.

Off-camera he's been an activist, which isn't a big surprise. When he was 2, his father was among the desparecidos, Argentines who vanished during the Dirty War and were never seen again. His mother moved Juan and his sister to Madrid.

One of his Spanish plays, which he directed, was about the mistreatment of immigrants.

Today, he says, his activism is also integrated into his professional work, even when a show like Good Behavior seems more like an escape from broader matters.

"I'm a very political guy," he says. "And I think the personal is political. Art is important. By helping us understand the behavior of humanity, a show like this is also taking on the bigger issues."