A few years back - I was trying to get my Amtrak ticket out of what was then a new computer ATM ticket kiosk. For some reason, it wasn't working - and I ended up at the window. Explaining my issue to the ticket agent, she just looked and me and smiled and shrugged her shoulders. She smirked actually. As if to say - well, you went to the robot for help, so now you're on your own.

For folks in the editorial world where content matters - magazines, music labels and such - there's been a quiet but ever present fear that somehow the robots were winning. That it was just a matter of time before the web was awash in free content, and the algorithms would arrive to somehow parse all the bits into coherent media.

But today - there's a new dawn rising on the web. And, shockingly, it's ruled by humans.

Don't believe me? Well, here are just a handful of examples of where humans are increasingly the special sauce that makes the difference between commoditized content and real valuable premium content.

So, for those of you who think your job is about to be outsourced to a robot - here are three examples of why you may be safer than you think.

First, eMusic. When I walked into the offices of eMusic just blocks away from Grand Central Station in New York - the first thing I was struck by was the size of the operation. I've come to imagine that internet companies are small and getting smaller in terms of 'head count', but eMusic has HUMANS. Lots of them. And, most interestingly - they're creating content. There are 120 or so editorial folks on the team - working to find, gather, curate and add editorial value around the music they offer their subscribers. In fact, the editorial efforts of this team are part of what makes the eMusic offering a great service. Sure, the idea that you can download rather than stream music is appealing as well, but the editorial 'vibe' of the service makes the music service feel engaged and thoughtful -rather than just offering a commoditized service of songs by the pound. Rolling Stone Magazine called eMusic "iTunes cheaper, cooler cousin." Wow. No human editorial folks at iTune.

If you want to get a taste of the passion for music that lives at eMusic, read this staff blog 17dots.com (not produced by the company) and you'll get an instant burst of just the kind of editorial energy that drives the company. Hardly something we can expect Robots to do.

In the music space there are plenty of examples of how humans beat robots. Labels themselves are human curation - choosing what artists to sign and which to ignore. And music recommendation services like Pandora have their core DNA in human cataloging of genre's styles and thematic relationships.

This may come as a surprise, but the core underlying value of services that seem robotic are often in fact human. One example is Pandora, which is based on the Music Genome database. The database is based on, and tagged by humans. It labels characteristics of music- including rhythm, instrumentation, melody, orchestration, arrangement and lyrics. The results create a musical 'identity'. According to the Pandora Web site, "Each song in the Music Genome Project is analyzed using up to 400 distinct musical characteristics by a trained music analyst. These attributes capture not only the musical identity of a song, but also the many significant qualities that are relevant to understanding the musical preferences of listeners."

And finally - there's IndieFeed.com. They go so far as to take on the evil music machines with a direct blow. "Robots should not manage your music discovery" says their web site. "We are humans, just like you, we use our ears to locate great music, and then we share what we found." and their mission statement reads: "Become the trusted, reliable source for new music on the internet, create an equitable promotion model that grants bargaining and financial power to artists, and gives control and meaningful choice to consumers."

IndieFeed is a free service, founded by CEO Chris MacDonald, which provides a filtered music selection that is focused on breaking new bands with human curated content. The sites tag line is: "Best new tracks, free, from humans who love music." Their part of an emerging music discovery industry that is driven by human editorial talent. 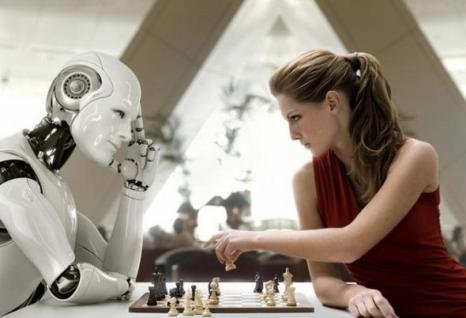 Sure, robots may win as Soccer players, or even poker players. There's no doubt some things that robots can do well. Maybe even better than us. But when it comes to things that involve an aesthetic eye, or an editorial voice - all the evidence points to Humans beating Robots. 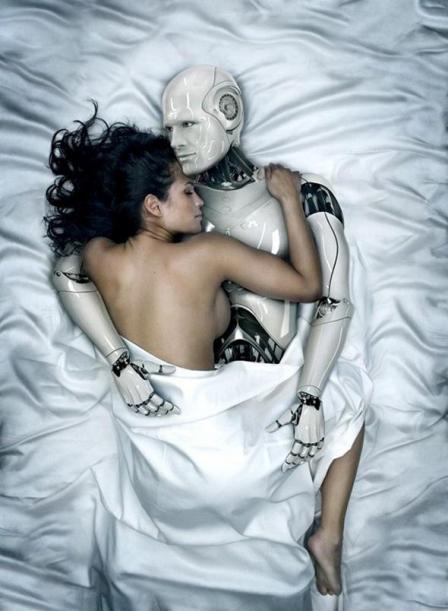 Steven Rosenbaum is a curator, author, filmmaker and entrepreneur. He is the CEO of Magnify.net, a Realtime Video Curation engine for publishers, brands, and Websites. His book "Curation Nation" is slated to be published this spring by McGraw-Hill Business.