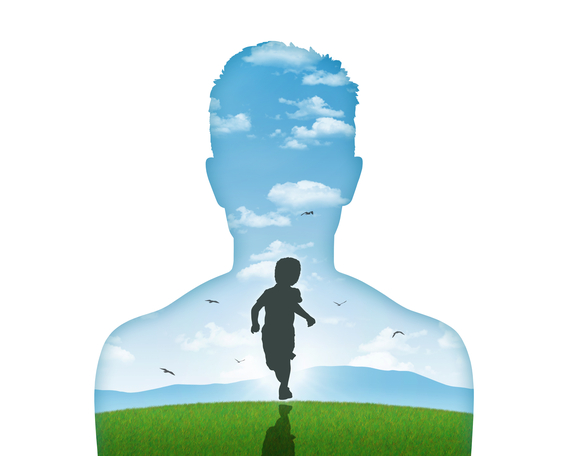 Last week I had something happen to me that I haven't experienced before. A young man sat at my bar. I immediately felt his energy and walked over. He seemed young, so I asked for his ID. He also seemed very nervous and uncomfortable. Something inside told me to make small talk to help put him at ease. His ID was from Colombia, so I joked with him about the recent Miss Universe pageant.

I asked if he lived in Los Angeles or was just visiting. He said he was visiting his mother for the holidays, but lived in Colombia. I literally could feel his anxiety and nervousness, so I asked him how he liked living in Colombia. He said he really liked it, but that it was challenging being himself. He said this was his first time at a gay bar. He had Googled "gay bar" and that's how he ended up sitting in front of me. I asked him if he was gay and if he was out. He said he just came to terms with himself and finally acknowledged he was gay. He was 25 years old. As he was looking to his right and to his left, almost as if he was checking to see if anyone was watching him, I completely found myself looking into a mirror. He was me. He was me when I was 25 years old. I felt the urge to take him into my arms, hug him, and tell him everything is going to be okay.

I've had the experience of seeing someone and relating to them and their life, but never before have I felt and seen myself in someone like that. It was a huge reminder of the connectedness of our human experience. It was also a reminder that although we've come a long way with LGBT equality, there is still so much work to be done. The young man whom I met that day said it's not safe for him to be out and that they don't even have gay bars or places to hang out where he lives. It made me grateful and thankful for what I have and where I live. I think being gay, living in the United States and especially in West Hollywood, we tend to take for granted our freedom and forget our brothers and sisters who live in countries where they could be physically harmed for being who they are.

I recently read somewhere that one of the fundamental keys to success is humility. I think it goes beyond success and that one of the fundamental keys to living a successful life is humility. It was in my humility I saw myself in that young man and shared compassionately our experiences. I told him he reminded me of myself and he smiled and asked, "really?" I said yes and that it was an honor to meet him. I bought him a Bud Light, gave him a glass of water and my email address. He emailed me the other day to say thank you for supporting people like him. I replied back:

It was really great to meet you and I'm glad you came into the Abbey. I was really struck by how much you reminded me of myself. I can completely relate to what you're going through right now and so just want to let you know that you aren't alone. You seem like a happy, successful, healthy young man, but I remember all that I was going through on the inside when I was your age, so just make sure that you are loving yourself. That was one of the things I forgot to do while I was coming out and it played out in my life and my choices later on.

The best thing you can do for yourself and the entire LGBT community is to love yourself completely and thoroughly and be who you are :)) Cuidate mucho y nos hablamos pronto!

It was on my heart to share this story. When we can truly embrace ALL of our selves, we unify our community and create a solid foundation from which to build a movement that when joined together "let no man put asunder."