It's great to have a sense of humor about life, but what might be even better is taking your sense of humor with you into the great beyond. And for these people, though their time on this planet has ended, their ability to joke about it has not.

3. This tombstone, according to Ripley's Believe It Or Not, rests in Thurmont, Md. Well, whatever your outlook on the afterlife, it's good to be dressed for it.

4. Hey, some men are boob guys, some are buck guys.

6. Mel Blanc voiced an insane number of cartoon characters, including Bugs Bunny, Daffy Duck and Porky Pig, and his voice continues to carry on after his death.

Chet Fitch died in October of 2007, but his sense of humor lived on when his close friends and family all received Christmas Cards from him in "Heaven" ... two months after his death. Always known for a laugh, Fitch reportedly had planned the ruse for a few decades (with the help of his barber). Here's the message that was eventually sent around Christmas:

"I asked Big Guy if I could sneak back and send some cards. At first he said no; but at my insistence he finally said, 'Oh well, what the heaven, go ahead but don't [tarry] there.' Wish I could tell you about things here but words cannot explain.

"Better get back as Big Guy said he stretched a point to let me in the first time, so I had better not press my luck. I'll probably be seeing you (some sooner than you think). Wishing you a very Merry Christmas. Chet Fitch."

8. Media giant Merv Griffin, creator of "Jeopardy!" and "Wheel of Fortune," knew when the show was over. 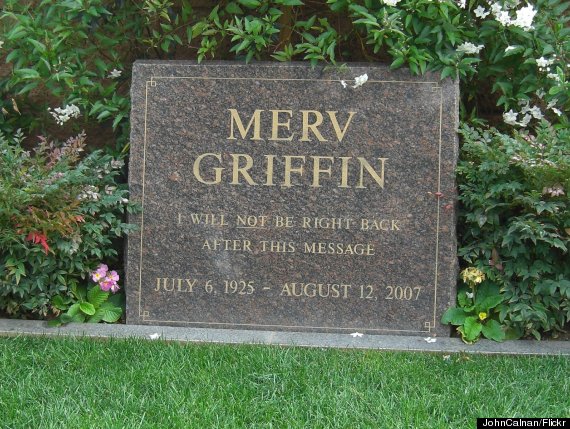 9. Jack Lemmon, brilliantly talented actor (comedic and dramatic) who starred in over 60 films, including "The Odd Couple" and "Glenngarry Glen Ross," was ready for this last role. 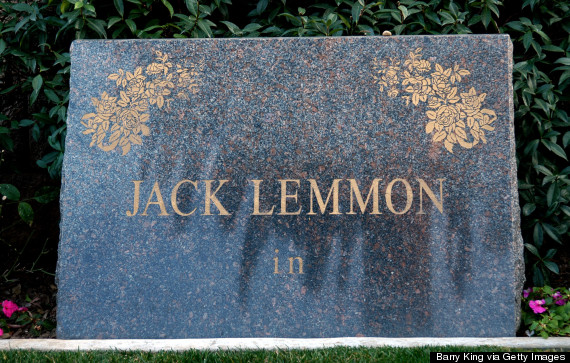 10. Comedian Rodney Dangerfield, who spent years "getting no respect," died in 2004 at the age of 82, and his view of the world didn't change much. 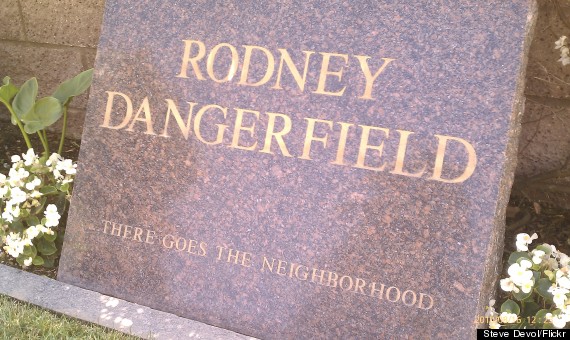 The Canadian lawyer and known trouble-making prankster decided in his last will and testament to hold a contest, whereby in the ten years after his death, the woman in Toronto who gave birth to the most children would be given a portion of his remaining estate. The contest became known as The Great Stork Derby and the courts tried hard to deem it illegal, but as a lawyer, Millar knew his will was air-tight. Eventually, the will was decided legal and four women split the prize, each giving birth to nine children in the ten years after Millar's death. The story was later made into a film called The Stork Derby.

Millar also reportedly willed his vacation home to three other lawyers, all of whom detested one another. You're a funny guy, Millar. 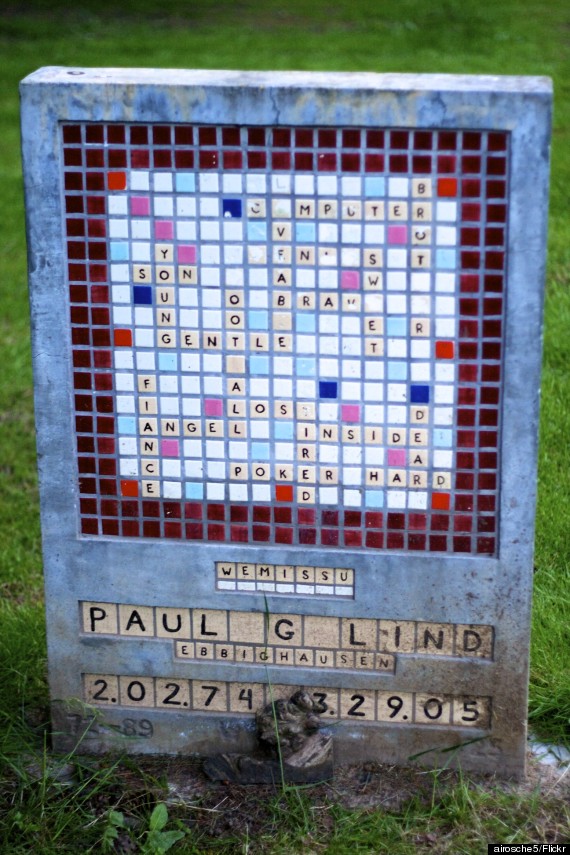 Sometimes your sense of humor lives on through others, like at the memorial service of Graham Chapman, member of the famed comedy group Monty Python. When Graham died in 1989, the other members of Monty Python (John Cleese, Eric Idle, Michael Palin, Terry Gilliam and Terry Jones) did not attend his private funeral so as not to cause a media frenzy. Instead they attended a special memorial service where they sent Chapman off in the hilariously unconventional way they believed he would have wanted. No one highlighted this better than John Cleese: 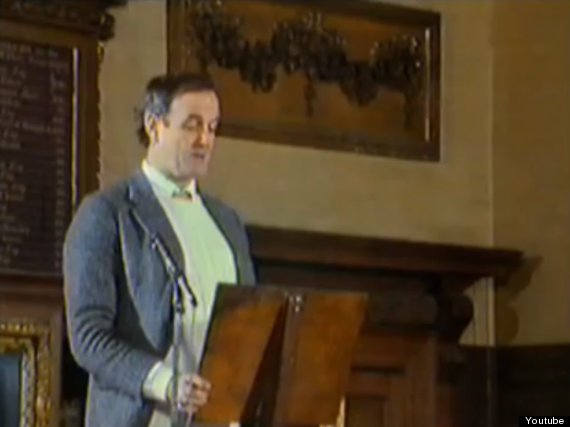 "Graham Chapman, co-author of the "Parrot Sketch", is no more. He has ceased to be. Bereft of life, he rests in peace. He's kicked the bucket, hopped the twig, bit the dust, snuffed it, breathed his last, and gone to meet the great Head of Light Entertainment in the sky. And I guess that we're all thinking how sad it is that a man of such talent, of such capability for kindness, of such unusual intelligence, should now so suddenly be spirited away at the age of only forty-eight, before he'd achieved many of the things of which he was capable, and before he'd had enough fun.

"Well, I feel that I should say: nonsense. Good riddance to him, the freeloading bastard, I hope he fries. And the reason I feel I should say this is he would never forgive me if I didn't, if I threw away this glorious opportunity to shock you all on his behalf. Anything for him, but mindless good taste.

"I could hear him whispering in my ear last night as I was writing this, 'Alright, Cleese, you're very proud of being the first person to ever say 'shit' on television. If this service is really for me, just for starters, I want you to be the first person ever at a British memorial service to say 'fuck'!.'"

13 People Who Took Their Sense Of Humor To The Grave ... And Beyond
15 Scary Halloween Pranks
1 / 15
'Sneezing Your Head Off' Prank