It lasted less than three weeks, from October 23 until November 10, but the Hungarian Revolution that convulsed Budapest and the rest of Hungary in late 1956 sent shock waves through eastern and central Europe that reverberated for decades. In the eyes of most historians, in fact, the short-lived popular uprising was the first rip in the USSR's Iron Curtain.

[See rare and classic photos from the Hungarian Revolution at LIFE.com]

The general lineaments of the 1956 conflict are well-known: In the autumn of that year, hundreds of thousands of Hungarians, in cities and the countryside, rose up against occupying Soviet forces and, critically, against the country's brutal, homegrown secret police, the State Protection Authority. For a few heady weeks, it seemed like the insurgents might actually push the Russians out altogether. By mid-November, though, the Soviet army had regrouped and launched an all-out assault on a nation that was, nominally, both an ally and a protectorate.

Roughly 3,000 Hungarian civilians--men, women, children--were killed during those three weeks. The uprising was crushed. But the ripples of the revolt--the Prague Spring in '68, Poland's Solidarity trade union movement in the 1980s and other rebellions, large and small--were wide-ranging, and long-lasting.

The pictures from the streets and alleys of Budapest in 1956 that are now featured on LIFE.com were made by the great Michael Rougier, whose photographs routinely conveyed both an unmistakable authority and a seductive intimacy--often in the very same frame. 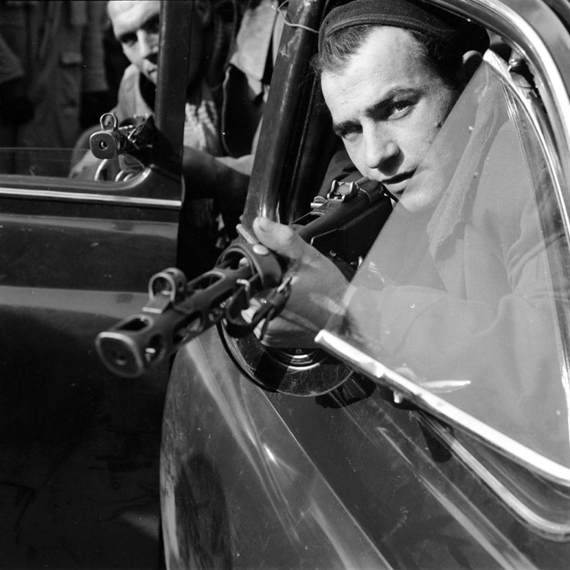 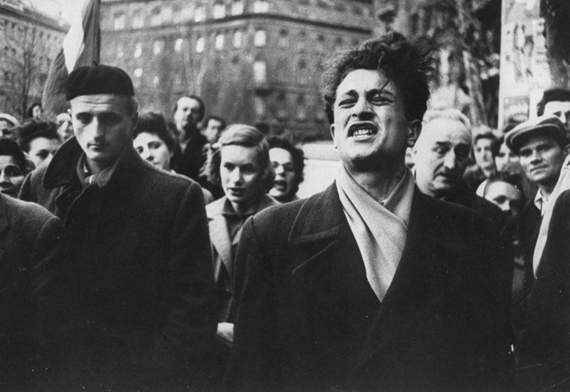 Caption from LIFE. "A young Hungarian, one of a crowd of 400 which came to the U.S. legation to demand U.N. help for their cause, grimly grits out the words of his country's stirring song, 'Magyars rise, your country calls you.' The police cleared the square with rifle butts and the sound of singing died."