Spoiler Alert: This piece discusses key plot points of both the novel and the movie "The Hunger Games."

Katniss Everdeen is deep in the woods, surrounded by greenery that in any other circumstance would be considered beautiful, but in the novel and new film "The Hunger Games" is only menacing. She's just watched her only ally die and has subsequently shot an arrow straight through the killer's chest. She sits on the ground in a pile of leaves, holds her head in her hands and sobs. It's a devastating moment, but as I sat in the theater screening the film, which premieres March 23rd, all I could think was: "This isn't the Katniss I know."

From the minute I flipped open the novel "The Hunger Games," the first installment in Suzanne Collins best selling three-book young adult series, I was absorbed into its post-apocalyptic world. The setting is the totalitarian state of Panem (what was once North America), where 24 boys and girls compete to the death on national television each year, and between the poverty-stricken Districts, the anxiety-filled battle scenes, the stirrings of adolescent love -- it's not surprising that the book was hard to put down. But more than the dystopian landscape or any of the plot points, what hooked me was the series' protagonist, Katniss Everdeen.

Reading "The Hunger Games" I kept wishing it had been around when I was 12. Katniss is someone I hope I would have admired and related to, a diversion from the almost uniformly bubbly, bland female characters I encountered in "The Babysitters Club," "Sweet Valley High" and "The Saddle Club." Katniss Everdeen is an imperfect heroine, which makes her all the more compelling to me now. She's conflicted and often selfish; she loves but resents her mother; she has reservations about marriage and children due to the harsh reality of the world around her; she has complicated feelings for the men in her life; she makes rash decisions and sometimes they're the wrong ones. In short, she's a human being. And thus, as Katie Roiphe put it in her review of the novel in The New York Times, this character who is "both murderer and victim, somehow representing female strength and female vulnerability all mingled and entwined," is "mesmerizing" and "sweepingly sympathetic."

While Gary Ross' film was a highly enjoyable distillation of detail-packed source material -- and one that I believe won't disappoint even the most hardcore fans -- some of Katniss' complexity gets lost here. She's warmer, more overtly emotional, even a bit maternal -- all in all more conventionally likeable, but it made me like her less. I kept wishing that she would be a little more manipulative, a little more callous with others' feelings, a little more unsure of what the right and "good" decisions were. In the novels, you're forced to wonder -- along with Katniss herself -- what her motivations are for an act of apparent compassion in the end, and for a split second you wonder whether she'll go through with it. The film doesn't raise those questions.

When I was discussing the movie with a colleague, she mentioned that at the end of the film, you feel that Katniss won the games because of her innate goodness;in the book, she won because her will to live in the face of systemic terror and cruelty had pushed her to become a ruthless warrior. Though Jennifer Lawrence still delivers on the promise of an on-screen woman who trades on her skills more than her looks, ranks romance below other concerns in her life, and pushes the boundaries of traditional femininity, she falls short of really challenging the audience. This isn't her fault -- she didn't write the screenplay and did a generally fabulous job in the role -- but rather a byproduct of turning a beloved series into a mega-franchise, which requires a lead character the masses will love.

Questionably likeable on-screen protagonists are few and far between in Hollywood -- especially if they're female. Three recent examples that spring to mind are Charlize Theron's character in 2011's "Young Adult," the women of Leslye Headland's upcoming "Bachelorette," and Lisbeth Salander of "The Girl With The Dragon Tattoo." Neither "Bachelorette" nor "Young Adult" were intended to have the widespread appeal that "The Hunger Games" trilogy does, while "Dragon Tattoo" was a financial disappointment. This film is expected to make over $100 million at the box office in one weekend, potentially outpacing "Twilight: Breaking Dawn." And to do that, Katniss has to be universally palatable -- you don't take chances with a 100 million-dollar payday. After all, she's following in the footsteps of Hermione Granger, who's annoying know-it-all personality and conventionally unattractive buck teeth were considerably toned down in Emma Watson's on-screen embodiment of the character.

Leslye Headland directly addressed the issue of female likeability in feature films in an interview with IndieWire in January:

In my experience in the studio work for the very first time, I was really surprised about how intense they were about likeable female characters. I never thought of my characters as unlikeable. Ever. I thought I was writing women and that was that, you know? And then it just became this thing where they would say, "It makes her unlikeable if she does blank." I don't understand that.

It's this narrow definition of what makes a woman "appealing" and "likeable" that limits the range of women we see in Hollywood films, and that's unfortunate. As an audience, we're not always innately good or kind or selfless, so why should our heroines be?

The Hunger Games: Why Jennifer Lawrence's Katniss Is A Little Too Likeable 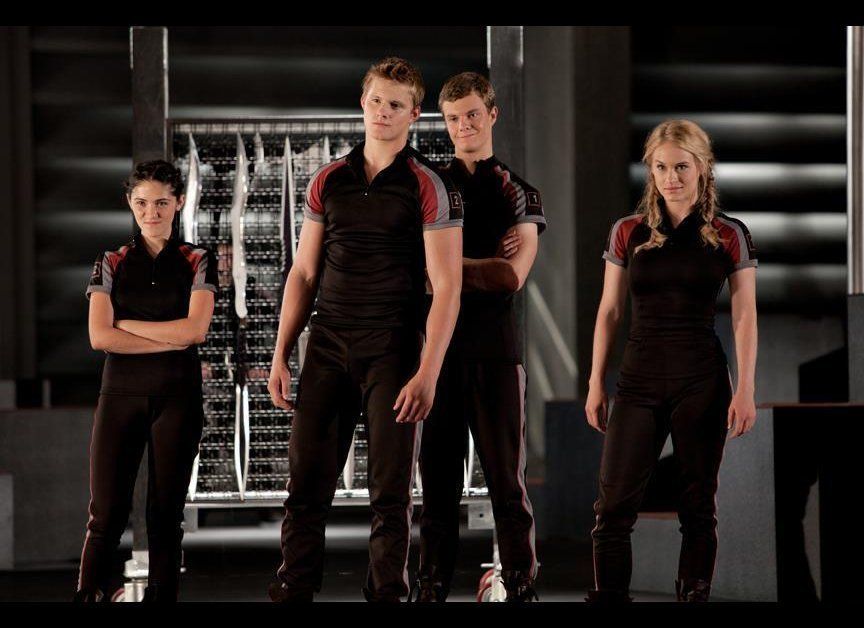