Hunter Hayes recently returned from a long run in Europe, where he performed for military troops in the U.K., Germany, Spain and Italy. The “Invisible” singer was humbled by the opportunity, and wants to do everything he can to shed light on their “heavy” experiences.

Being a public figure, the 25-year-old feels he has the platform to spread awareness, which is why he takes the time to help our servicemen and -women in any way he can.

“My thing is if you got a microphone, you got a responsibility,” he told The Huffington Post during a Build Series interview Tuesday. “It’s not saying that everybody’s got to say the same thing, but I just really connect with the people who spread love, who lift, who encourage, who strengthen. And, to me, [veteran] stories strengthen. [They] lift people up, [they] inspire.”

Hayes, who recently released a new video for “Yesterday’s Song” and plans to debut more music soon, is partnering with Heartgard Plus and Warrior Canine Connection for the Heartgardians program to make sure dog-assisted therapy is available for all service members and veterans who may need it.

“I want to positively affect any man or woman serving our country,” Hayes said. “It’s incredible, the strength that they have, and the stories are just so inspirational.”

Aside from this passion project, Hayes has been in the studio working on a new album, which will showcase a more “moody, intense” vibe. Although many know him for his happy tunes and high-pitched tone, Hayes says his voice has changed since he debuted his first record when he was 19.

Hayes assured fans that the album is coming and to just to patient.

“I’m having to hold back the reins on telling you all the details,” he told HuffPost. “But we’re so almost done!”

Watch the full Build Series interview with Hunter Hayes below:

Hunter Hayes Believes 'If You Got A Microphone, You Got A Responsibility'
Forgiveness Ceremony For Veterans 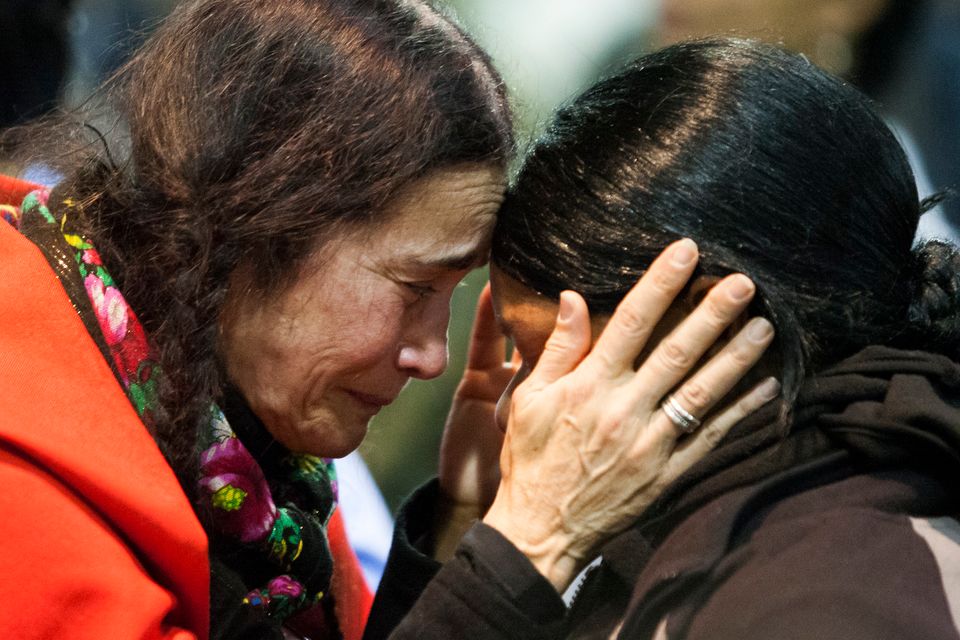