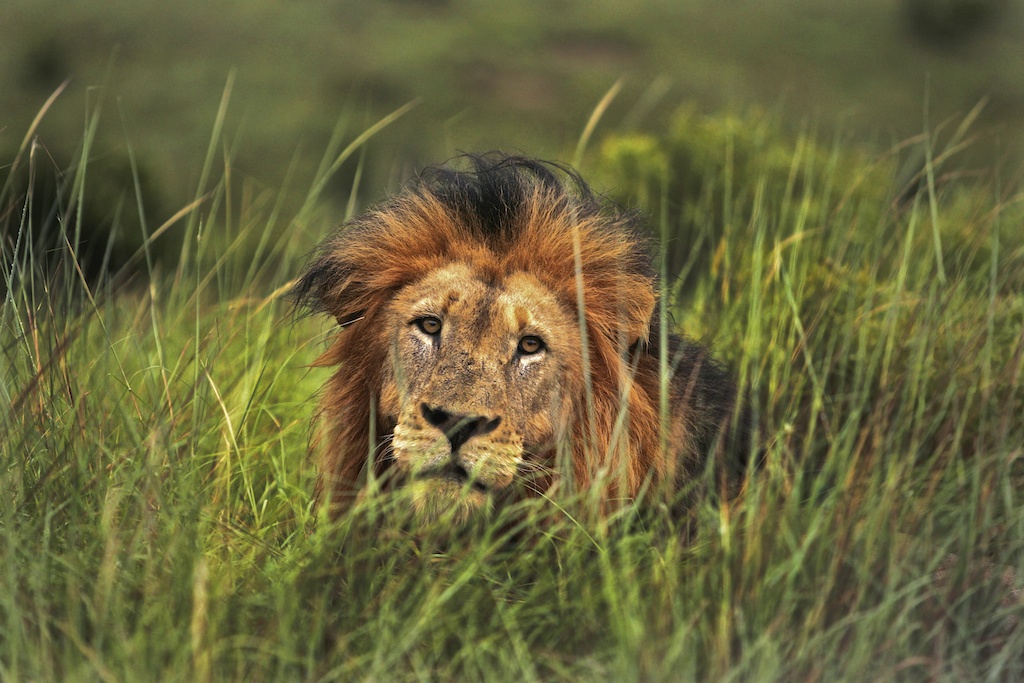 Many conservationists, animal-lovers and commentators have applauded the efforts of a consortium of wildlife and animal welfare organizations fighting to add the African lion as an endangered species under U.S. law. If successful, the listing would effectively prohibit American hunters from bringing the skins and skulls of lions back to the United States. It would not prevent hunters going on safari to kill a lion but very few will bother if they cannot bring home some reminder to hang on the wall.

Normally, I would be among those applauding. Shooting a big cat in the name of "sport" nauseates me, and I've spent a career working to conserve the world's great cats. I have logged thousands of hours in their magnificent presence. When I watch a male lion grooming his cubs or see a female leopard haul a carcass her own weight up a thorn-tree, I am mystified that some people take pleasure in killing their kind with a high-powered rifle. I'm not especially averse to culling -- like all wildlife biologists, my work occasionally necessitates killing animals, such as euthanizing injured wildlife -- but it certainly isn't fun. I simply do not understand what drives a hunter to shoot a creature as magnificent as a lion for a trophy and bragging rights.

Yet I question the effort to list the African lion under the Endangered Species Act (ESA).
There is absolutely no doubt that far too many lions are being shot for sport. The process of approving the numbers for hunting (technically, the legal quota that can be exported by hunters) has long been flawed by shoddy science, population estimates little better than guesswork, and relentless lobbying by the hunting industry which is powerful, rich and persuasive. Hunting not only risks taking too many lions but it also disrupts the species' complicated social structure. Prime male lions -- the most sought after trophies -- guard their females from pride take-overs by strange males. Take-overs are catastrophic to lionesses because victorious incoming males kill any cubs belonging to the previous pride males; infanticide hastens the females' return to estrus, giving the new males their own opportunity to sire cubs. It is a natural part of lion society but excessive hunting removes too many males and the essential mantle of protection that allows females to raise a generation of cubs. Between shooting adults and the related loss of cubs, poorly regulated hunting drives lion declines; it is unequivocal.

But that does not mean that all hunting is necessarily bad for lions. Just as strong, empirical science has shown that over-hunting is bad for lions, it also demonstrates that hunting can be sustainable. By setting very conservative quotas and raising age limits to ensure that older male lions are targeted, the worst effects of lion hunting can be mitigated (Packer et.al). There is scant evidence of the hunting industry embracing such measures on its own but the few exceptions -- and they do exist -- show that hunting does not inevitably come with costs to lion numbers.

Indeed, it even has the potential to benefit lions. In Africa, sport hunting is the main revenue earner for huge tracts of wilderness outside national parks and reserves. Many such areas are too remote, undeveloped or disease-ridden for the average tourist, precluding their use for photographic safaris. Hunting survives because hunters are usually more tolerant of hardship, and they pay extraordinary sums - up to US$125,000 - to shoot a male lion. The business requires only a handful of rifle-toting visitors to prosper which, in principle, helps protect those areas. The presence of hunting provides African governments with the economic argument to leave safari blocks as wilderness. Without it, cattle and crops- and the almost complete loss of wildlife they bring- start looking pretty attractive.

Which is why I'm not happy about the ESA petition. If American hunters, by far the largest market for big game safaris in Africa, can no longer hunt, lions and other wildlife will probably lose out. As unpalatable as it may be, until we find alternative mechanisms to generate the hard cash required to protect wilderness in Africa, hunting remains the most convincing model for many wild areas.

Let me state it again; I think sport hunting big cats is repellent and I would welcome its demise. But my personal distaste for hunting won't help lions if shutting it down removes protection from African wilderness. Whatever one's personal feeling, hunting should be regarded as yet another tool in the arsenal of options we must consider if we are to conserve the lion. Without doubt, the entire process that allows hunting big cats in Africa needs a complete overhaul to purge its widespread excesses and enforce far stricter limits on which lions can be hunted and how many. That would force hunters to produce the conservation benefits of which they constantly boast but only rarely produce. That -- rather than the nuclear option of eliminating hunting -- should be our goal.

Read the Guardian's "African lions under threat from a growing predator: the American hunter" with quotes from Dr. Luke Hunter.

Dr. Luke Hunter is the Executive Vice President at Panthera, where he oversees the direction and strategy of all of Panthera's wild cat conservation programs. Hunter has conducted fieldwork on large cats in Africa since 1992. His current projects include assessing the effects of sport hunting and illegal persecution on leopards outside protected areas, developing a conservation strategy for lions across their African range, and the first intensive study of Persian leopards and the last surviving Asiatic cheetahs in Iran. Dr. Hunter has contributed to over 100 scientific papers and popular articles, and has just completed his 6th book -- A Field Guide to Carnivores of the World, to be released September 2011.

Panthera, founded in 2006, is the world's leading organization devoted exclusively to the conservation of wild cats and their ecosystems. Utilizing the expertise of the world's premier cat biologists, Panthera develops and implements global conservation strategies for the largest, most imperiled cats - tigers, lions, jaguars and snow leopards. Representing the most comprehensive effort of its kind, Panthera works in partnership with local and international NGOs, scientific institutions, local communicates and governments. Visit us at www.panthera.org