After noticing some unusual mental and physical behavior, appointments with and tests by a neurologist, we got the startling diagnosis of Huntington's Disease (HD) in March 2010. It was an unwelcome surprise, as we were not aware that this genetic brain disease was in her father's family. Mary's reaction was, "I don't want to know that..." but now, five years later, she's resigned to her fate.

I was glad to know what we were dealing with but had no idea that I would spend my retirement as a 24x7 caregiver. We've been married 54 years and had plans to continue the world travel that began in Japan after our marriage. But it was not to be. Our new adventure is learning about and managing the symptoms for this neurologically degenerative disease for which there is no cure.

Although our family has been shocked, and we are grieving for the Mary we knew, we are encouraged by the significant progress in research during the past five years, and the increasing national awareness of HD in documentary filmmaking like The Lion's Mouth Opens. 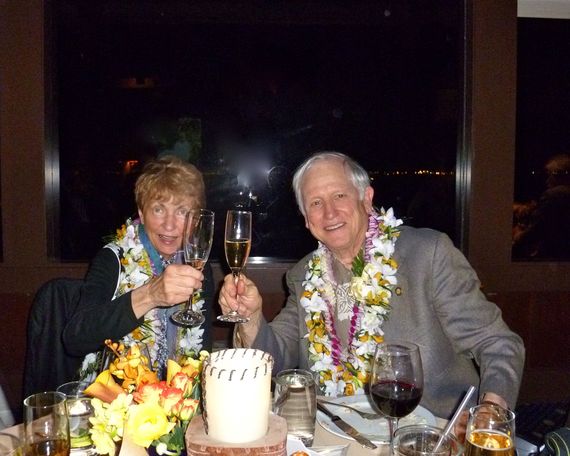 HD often first shows up with involuntary movement known as chorea (Greek for dance) and/or tentative gait. Mary had begun to walk very slowly, pulling me back if I had her arm. And, as home manager, she was having difficulty making decisions, paying bills, handling checks and compulsively collecting newspapers. In the last year she has become more emotional -- sudden crying, anger, angst.

The diagnosing neurologist referred us to the Huntington's Disease Center of Excellence at UCDavis where we met with the HD team for an evaluation. A year later we switched to the UCSF Memory & Aging Center that takes a more horizontal approach to neurological diseases and was geographically closer. 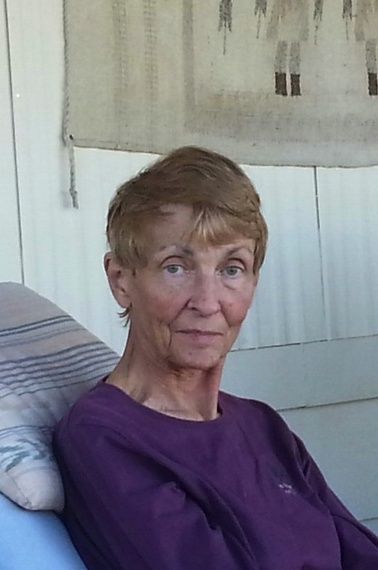 We met with several team members for observation and consultation. The prognosis was annual observation that has become semi-annual, and for the past 12 months the anti-anxiety drug Mirtazapine before lunch and bed. If she's still agitated and unable to sleep we back up the Mirtazapine with Melatonin.

As it turned out the most significant meeting was with the physical therapist, who, after a brief interview, showed us strength and balance exercises, and how to get up after a fall. But, her most important recommendation was: "Get a dog!"

It had been about 18 years since our last dog. We had enjoyed a Black Lab, then a Siberian Husky while our two daughters were growing up, but they had gone off to college and out into the world, so we did not get another after the Husky died.

Our younger daughter had been advocating a dog for several years and Mary, who had been our leader in acquiring dogs, had said she would like a lap dog that would sit with her in the car or next to her on the couch while she watched TV. I had balked at the idea thinking it would just be more work for me.

While thinking about a dog, we joined two HD Support Groups, one for caregivers only, the other for caregivers and patients. Both formats are good, but I found the combined group to be more helpful as hearing from those affected and those who care for them was usually enlightening. And it didn't seem that caregivers held back in talking about their challenges, problems and successes.

We connected with some distant relatives and learned about other family members who had been affected. I talked with the niece of one of Mary's father's nieces who was just 50 and was about to enter a care facility. She has four children, a husband who has left, but a loving sister who has taken care of her.

I reached out to Care.com and posted a physical exercise job, got amazing response and found a professional caregiver who began a weekly Walk & Talk with Mary getting her out of the house without me -- good for both of us.

I met with Family Caregivers Alliance to learn about their services, educational programs and workshops. I asked our housekeeper to come every week and do some part time care giving. She, in turn, introduced me to a caregiver relative who comes weekly for six hours so I can see my grief counselor and meet up with friends. And, a year ago, we engaged hospice services -- really helpful.

In September 2012, just after her 75th birthday, Mary said, "Let's go to Berkeley Humane," a place we often passed. When we told the attendant that we were looking for a small dog, 20 pounds or less, 1-2 years old, she said, "You should meet Flo, who's in the next room."

It was love at first sight. Flo is a tan Border Terrier-Dachshund mix with brown eyes, black eyebrows and muzzle. We took her for a walk and said we'd like to "rescue" her. After two hours of paperwork we got in the car and took our new little friend home. I told Mary that she still had good dog karma.

Flo was just 1-year-old, in late puppy-early maturity development, and after some environmental adjustment was just fine. With our daughter and son-in-law we took her to a park and to everyone's delight she loved to run and fetch a ball, bringing it back most of the time. She has become a great little retriever, but most of all she's become a comfort to Mary and a little pal for me.

Having a "third party" helps us keep a positive outlook, and she is a great stress reducer as she loves to play with a ball or chew toy in the house, then curl up in Mary's lap when we go out in the car. Mary has become less mobile so holding the dog in her lap allows me to run into stores for quick errands.

Flo is a great little watchdog barking when the doorbell rings, then settling down after the guest enters our home. And, she likes TV. Her favorite program is the PBS Nature series, and she'll often watch an entire show, charging the screen and barking at animal close-ups, but just watching during the long shots.

One of the most rewarding dog values is dog owner sociability. During our early morning and late afternoon walks we have met nearly a dozen new neighbors down the street and around the block because the dogs react to each other and dog owners often talk, get acquainted and sometimes become friends. These daily encounters are welcome mini respites.

One dog walker has become a part-time caregiver. She and her dog come four days a week for two-hour periods allowing me to do some work around the house, run errands and attend my Tai Chi class. The dogs play to everyone's delight. We now have part time caregivers everyday but Sunday.

We caregivers need to take care of ourselves so we can be effective in helping our loved ones. Even with our hospice team, part time caregivers, support groups, workshops and professional guidance, I have a long way to go to become a better caregiver as I get frustrated, fatigued and angry. 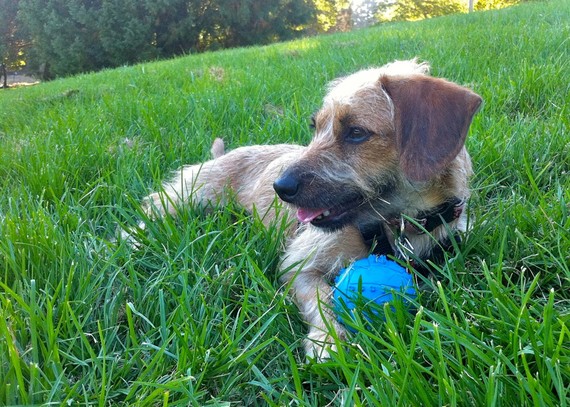 This op-ed is a part of a Huntington's Disease Awareness Month collection and in collaboration with The Lion's Mouth Opens, premiering on HBO this June 1st at 9/8c and available on HBOGo and HBONow.