Almost 10 years after the most catastrophic natural disaster in U.S. history, New Orleans has cause to celebrate. Population figures are up, and joblessness is down, among other noteworthy gains.

But while some laudable progress has been made, a decade on, many devastated areas are worse off now than they were when Hurricane Katrina hit back in August 2005. To shed light on the abandoned structures that once served as homes, hospitals and places for children to play, photographer Johnny Joo, 24, shot a series of gripping images during a five-day trip in January to identify where vast resources are still needed.

“People tend to forget about certain things very easily,” the Ohio native and author of “Empty Spaces,” told The Huffington Post in an email. “It seems that they have rebuilt all that they felt possible, while the other locations will continue to sit.”

The rebuilding efforts that have succeeded did so as a result of both nonprofit and government initiatives.

The federal government has spent $120.5 billion on Katrina recovery efforts in the Gulf region, the majority of which went toward emergency relief operations, according to FEMA.

Nonprofit groups, like actor Brad Pitt’s Make It Right organization, have focused on individuals' and families' specific needs. Since 2005, Make It Right has built 100 sustainable LEED-certified homes in the Lower 9th Ward of New Orleans, according to the group’s website.

In New Orleans alone, 134,000 housing units were damaged, according to the Data Center and while there have been impressive rebuilding efforts, some abandoned homes still bear evidence of the destruction.

While inspecting homes in the wake of the disaster, rescue teams investigated each home for damage and dead bodies. After they were thoroughly searched, they scrawled a visible “X” and noted the date, the number of casualties and hazardous issues, according to The New York Times. 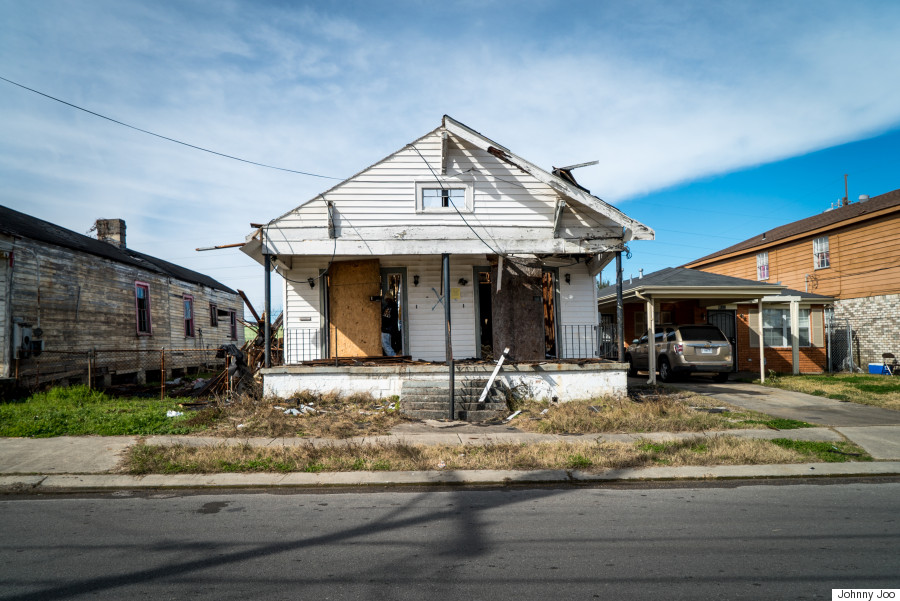 Inside many of the homes, passersby can still see the height to which water sat for months, Joo said. 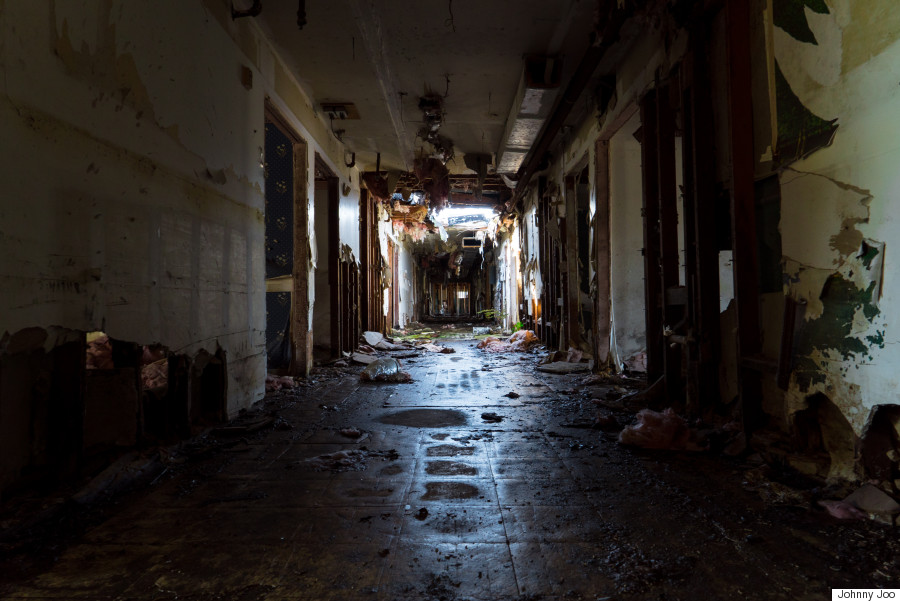 But due to funding and bureaucratic challenges, a number of dilapidated spots have remained largely untouched since the storm.

Perhaps one of the most distressing sites is that of the abandoned Six Flags theme park. 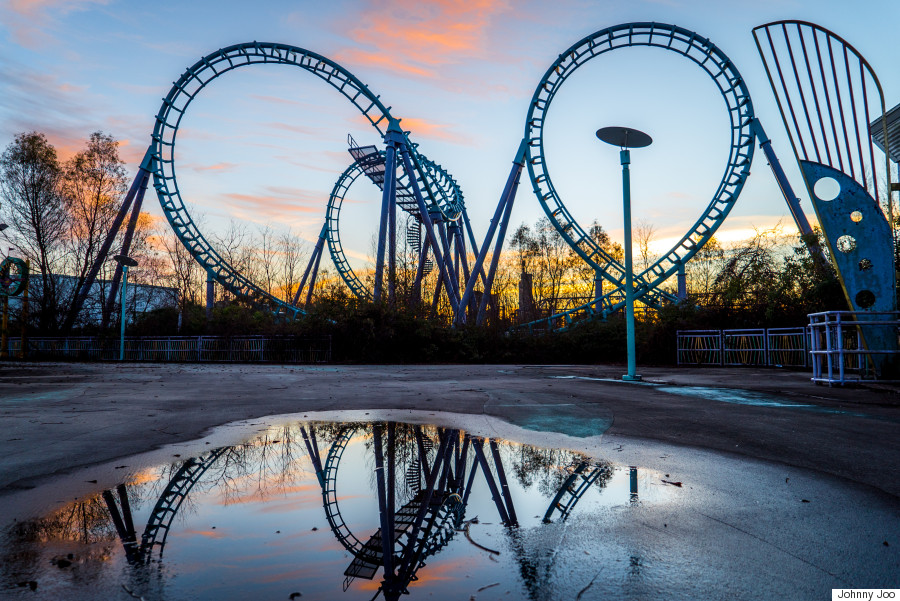 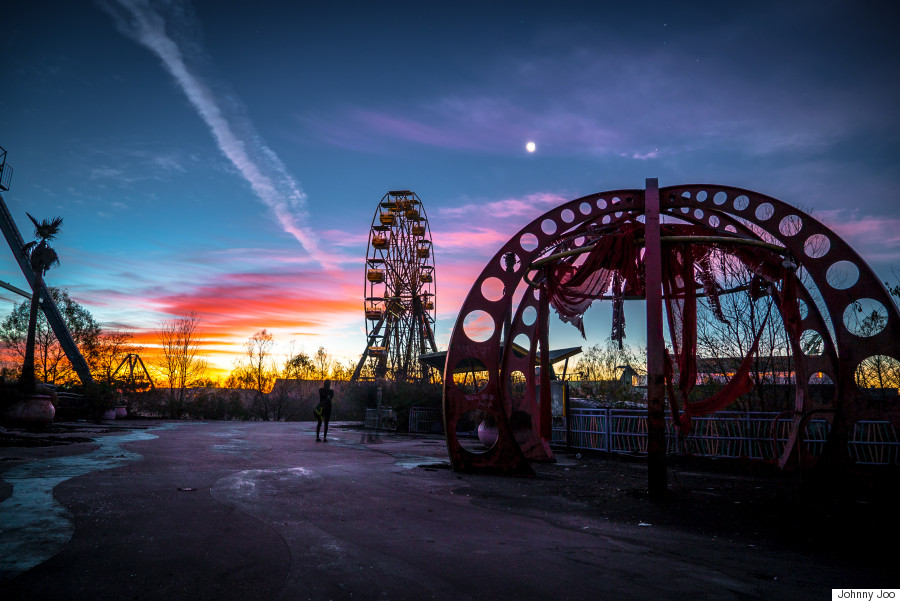 Before Six Flags took it over in 2002, the park was known as Jazzland, according to KLTV. But after assessing the repair costs following the storm, Six Flags terminated its lease with the city.

Since then, a series of proposals for the vacant spot have been shot down over the years, according to the Times-Picayune.

One group suggested reviving Jazzland and building a music-themed water park. Another group also suggested a similar revival, but that plan also included a movie-production lot, a 450-foot replica of Noah's Ark and a resort hotel. 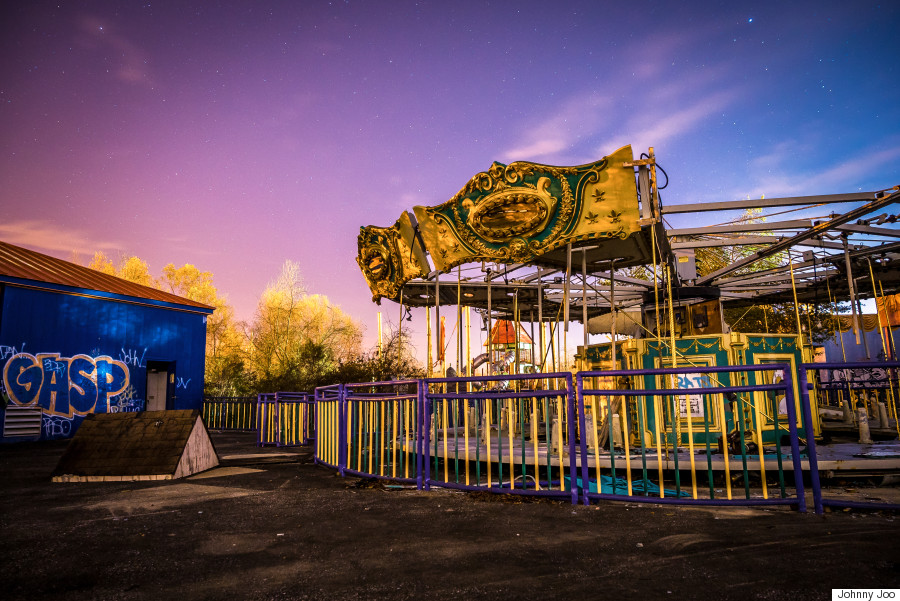 "Both of these proposals have come in here with absolutely no cash commitment,” Alan Philipson of Industrial Development Board told the Times-Picayune last year of the rejected suggestions.

Other iconic spots have weathered the storms, but haven’t been able to bring the financial gain to keep them running.

Fisherman’s Castle, which sits on the Irish bayou, survived Hurricanes Katrina and Isaac, and actually held promise of becoming a profitable business, according to WGNO. 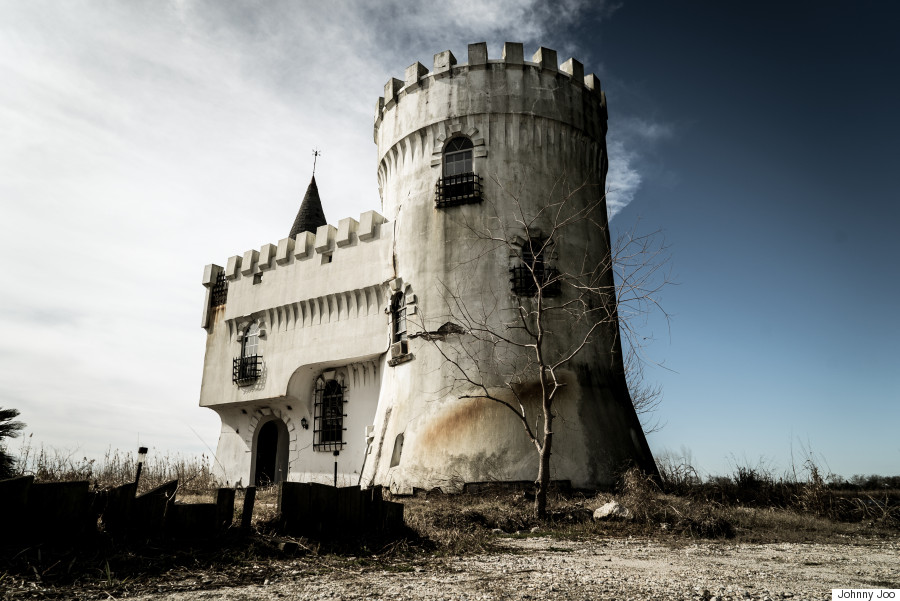 Built in 1981 for the World’s Fair, the castle was purchased by Charles and Jean Kuhl in 1995 with the hopes of one day turning it into a bed and breakfast.

But when the property became too expensive to maintain, the couple put the aging castle on the market for $150,000 last year, WDSU reported.

Often, it’s some of the least remarkable sites that bring the most conflicting feelings to residents. 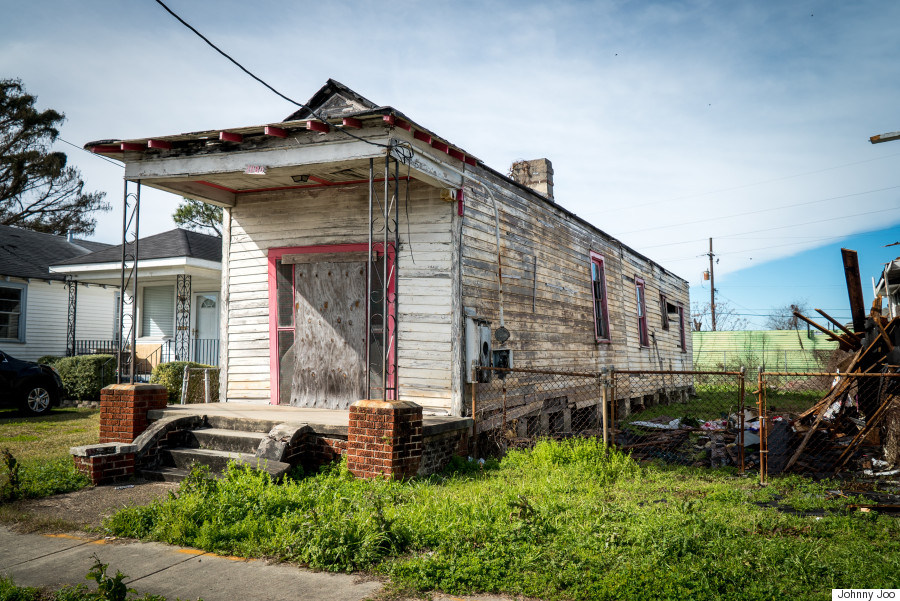 A vacant home in the C.J. Peete, known as the Magnolia projects.

Many people who lived in C.J. Peete housing projects, known as the Magnolia projects, which were plagued by drugs and violence and immortalized in rap songs, opposed tearing the residences down, the Los Angeles Times reported.

Today, some locals celebrate the functioning buildings, safety of the area and the social services. But some of the older residents bemoan the loss of the once social environment.

"They took the project from us," twins Bobbie Jennings and Gloria Williams told the Times-Picayune.

The area that perhaps presents the most promise though, is the tourism industry.

While low-budget motels that couldn’t afford the storm repairs after Hurricane Katrina never returned to the profitable industry, tourism has continued to remain a significant job source. 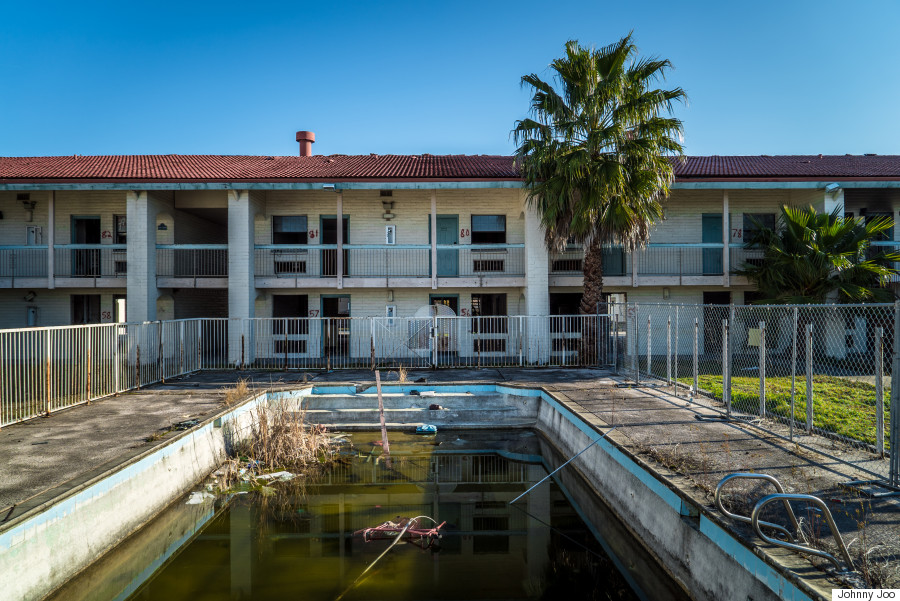 The leisure and hospitality businesses accounted for 77,841 jobs in the greater New Orleans area four years ago. And while some low-wage workers say they can’t make ends meet, experts have noted that tourism offers an unconventional upward mobility potential.

"We have hotel general managers who began as dish washers, CEOs of restaurants who started as food runners and so many more success stories," Stephen Perry, president of the New Orleans Convention and Visitors Bureau, told the Times Picayune. "This kind of opportunity is an offering unique to the hospitality industry."