The “potentially catastrophic” Category 5 storm had sustained winds of 165 mph early Wednesday, slightly lower than those that hit the U.S.V.I. late Tuesday. The island of St. Croix, home to 55,000 people, was spared the brunt of Maria’s eye but remained under a hurricane warning as the storm passed.

As Maria was set to hit, U.S.V.I. Gov. Kenneth Mapp warned residents in a televised broadcast to think about their personal safety before their belongings.

“You lose your life the moment you start thinking about how to save a few bucks to stop something from crashing or burning or falling apart,” Mapp said, per Reuters. “The only thing that matters is the safety of your family, and your children and yourself. The rest of the stuff, forget it.”

Destruction from Maria had earlier been described as “mind boggling” in Dominica, the island’s Prime Minister Roosevelt Skerrit said in a Facebook post on Monday evening. He described a situation in which the storm had ripped the roofs off the homes of nearly everyone he’d spoken to.

“My roof is gone. I am at the complete mercy of the hurricane. House is flooding,” Skerrit had written before he was rescued.

In Guadeloupe, a French territory north of Dominica, the storm killed at least one person, officials said Tuesday. Another two are missing.

Puerto Rico was largely spared by Hurricane Irma earlier this month but is preparing for a direct hit from Maria.

“We have not experienced an event of this magnitude in our modern history,” Puerto Rico Gov. Ricardo Rosselló said Tuesday.

“This is an extremely dangerous hurricane and life-threatening impacts are anticipated across [Puerto Rico] and the Virgin Islands!” the National Weather Service’s San Juan office tweeted Tuesday morning.

Last chance to prepare for #Maria- on the fcst track, it would be the most destructive #hurricane in Puerto Rico history. Very sobering year pic.twitter.com/wt3PZgitxZ

Even as Maria approached, Irma recovery efforts were still underway on the islands in its path. On Monday, 85 percent of customers in and around San Juan, Puerto Rico’s capital, remained without electricity because of Irma. Eleven percent were still without drinking water.

Puerto Rico’s ability to bounce back from this year’s hurricanes is complicated by its ongoing economic troubles. After a year of defaulting on its loan payments, the territory declared bankruptcy in May, marking the largest municipal bankruptcy in U.S. history.

“Before this hurricane season started, our island has been battered by a storm of fiscal and demographic challenges,” Rosselló said Tuesday. “However, with the passage of Hurricane Irma the people of Puerto Rio not only demonstrated our resilience but we banded together to show our kindness and hospitality to thousands of our fellow Americans” who had to evacuate from other islands battered by Irma.

The U.S. Virgin Islands are also expected to take a hit from Maria on Tuesday night, the NHC said, despite earlier forecasts expecting it would hit the region Wednesday. Those islands received a more severe beating from Irma, driving some residents to reconsider their plans to ever rebuild as Maria neared. 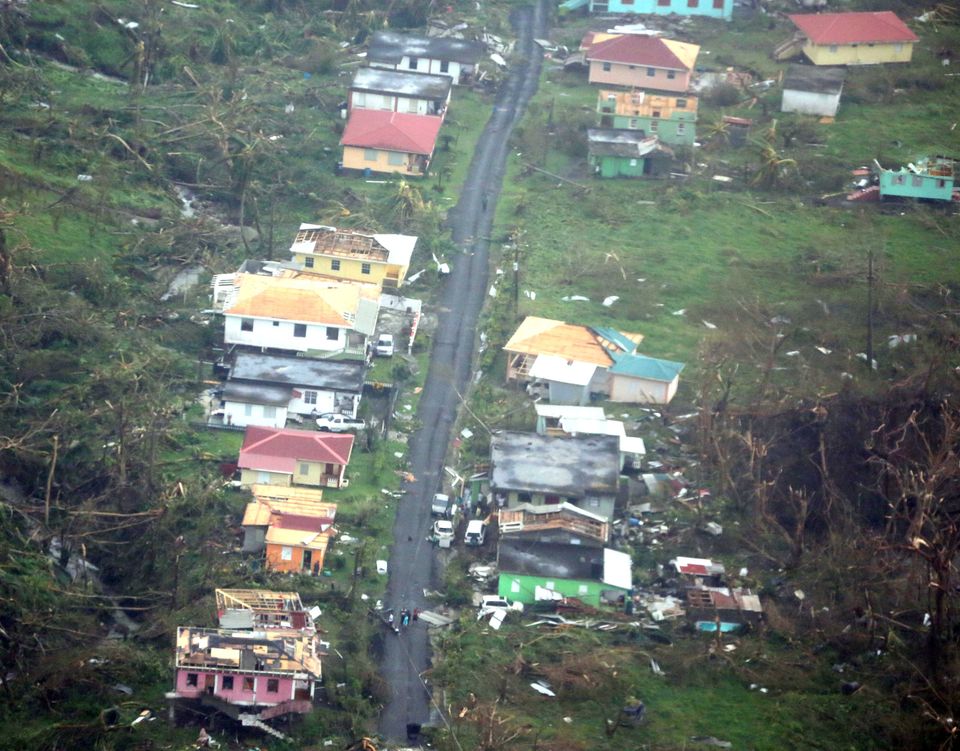