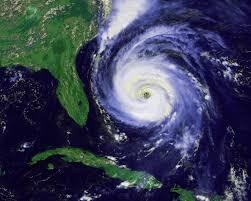 Hurricane Matthew has left a devastating wake of destruction and death in Haiti where nearly 900 people have lost their lives, but research on pregnant women who survived similar hurricanes reveals potential hidden victims -- unborn children who face increased risk of autism and other physical and mental illnesses caused by the psychological trauma that a severe hurricane can inflict upon pregnant women. 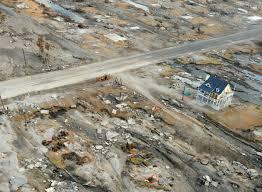 Using data from the National Weather Service on hurricanes and severe weather from 1980 to 1995 in Louisiana, together with records of the incidence of autism in children born in Louisiana during these periods, a team of researchers led by psychologist Dennis Kinney at Harvard Medical School found a strong association between the severity of hurricanes and the prevalence of children with autism born to women who were pregnant during these storms. Overall, the study published in 2008 found that the prevalence of autism disorder was about 5 children per 10,000 births, but the rate more than doubled in children born to women who had experienced the most severe hurricanes, jumping to 13 children with autism per 10,000 births in women who experienced the most severe storms.

The data also showed that the timing of the severe storm with respect to the age of the fetus during the hurricane disaster was particularly important. In women who endured the most severe storms during the most sensitive periods of their pregnancy near the middle and end of gestation (between 5-6 months and 9-10 months), the rate of autism disorder shot up to 26 per 10,000 births. In part this is thought to be a consequence of the different neurodevelopmental events taking place at mid and late gestation, such as the birth of neurons that surges near the end of gestation and shortly after birth, but also the barrier separating the fetus from hormone fluctuations in the mother's body becomes less effective during this period. Interestingly, the statistics showed convincingly that male fetuses were especially vulnerable.

Similar effects can be produced in animal studies by subjecting pregnant rats to stress by physical restraint or by injecting stress hormones into the mother. However, other factors could be responsible for the epidemiological association between autism and hurricanes. For example, a possible confounding variable might be that women who are unable to evacuate from the path of a severe storm are more likely to be in a socioeconomic class that has less resources for prenatal medical care, and have increased exposures to other environmental risk factors such as pollution. A 2010 study on early infant temperament in children born to mothers who experienced the horrific stress of Hurricane Katrina found no significant association. However other studies following Hurricane Andrew did find significant increased risk of fetal distress, and the level of prenatal maternal stress during the crippling 1998 Quebec Ice storm was found to predict autistic traits in children 6 ½ years later, as reported by Walder et al., in 2014. Some of this conflict may be resolved by a new study published in 2016, which highlights the importance of gene/environment interaction in autism. The study found that children born to women with a particular genetic variant of a transporter for the neurotransmitter serotonin are at high risk for autism when exposed to prenatal stress. The serotonin neurotransmitter system is critical for many mood and psychiatric disorders as well. 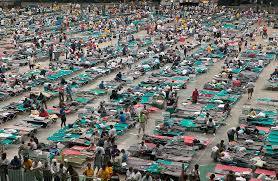 Several biological reasons for the increase in autism associated with severe hurricanes have been suggested. Stress hormones have potent effects on the body and there is no question that they can influence neurodevelopment of a fetus. Studies on twins show that autism disorder has a strong genetic component, but also that life experiences, including chronic stress in the mother, affect autism risk as well. A 2005 study by Beversdoff et al., found that stressful life events, such as losing a job or the death of a husband during pregnancy increased the rate of autism.

In addition to autism, many other neurological and psychiatric conditions are associated with maternal stress. For example research on experimental animals by Jana Veliskova and Libor Velisek at the New York College of Medicine shows that injection of synthetic stress hormones into pregnant rats results in susceptibility to postnatal seizures in their offspring, which in humans is a disorder called infantile epilepsy. Here also, males are especially vulnerable. While sex hormones may be partly responsible for the increased male vulnerability, Dr. Veliskova says that the fundamental genetic difference between males and females is also a critical factor. Males have an X and Y chromosome whereas females have two X chromosomes, so if there is some genetic abnormality in one of the X chromosomes, the the second X chromosome can take over in females, but males have no back-up.

Ultimately developmental disorders, and health in general, are determined by three forces: genetics, environment, and chance. All of these factors interact, but only one of them is under our control. Chronic stress is damaging for anyone at any age -- it should not be surprising that the powerful and wide-spread effects of stress hormones on the body should also affect fetal development. Traumatic stress from a severe hurricane can have an effect on an unborn child that can have life-long consequences, but the risk can be alleviated by a vigorous social response to help those in times of dire need -- in our own country of wealth and opportunity and to the extent possible for humanity living in less advantaged communities.

All photos from Wikipedia.