Neither snow nor rain nor Sandy nor gloom of night stays Apple Store employees from the swift completion of their appointed rounds.

Apple made sure of it.

From the outside of Apple's flagship store on Fifth Avenue, one of only two New York City Apple Stores open Wednesday in the wake of Hurricane Sandy, you'd never know much of Manhattan was without power or running water.

There was a line out the door, shoppers crammed elbow-to-elbow in the cavernous store and tourists all but tackling blue-shirted employees to snap up MacBook Airs or ask whether there was an "unlocked" version of the iPhone 5.

The Apple Store was a little short-staffed, one employee conceded, but not much: To ensure it'd have enough Geniuses on hand, Apple had hired buses to pick up employees in Williamsburg, Brooklyn and Astoria, Queens, to ferry staffers to work on Wednesday morning. With New York streets snarled by gridlock, employees had to rendez-vous at the at the departure points by 10:30 a.m. on Wednesday in order to be at the store by 12:30 p.m., and Apple offered to reimburse their travel to and from the bus exit points. About fifteen employees rode in from Brooklyn aboard the "really nice" Mercedes bus Apple rented, an Apple Store staffer said.

Apple had also set up charging stations on the floor of the store to let New Yorkers juice up their iDevices -- a fact the security guard at the store's entrance was sure to advertise -- and while elsewhere in Manhattan people were huddled around trees or sidewalk outlets, Apple had more than enough power cords to spare. There were several laptop chargers (none in use), more than a dozen iPhone and iPad chargers (occupied by just six people huddled around a table), but, it perhaps goes without saying, not a single charger for non-Apple devices. One man who sat cross-legged on the floor with a Windows PC was allowed to stay.

Elsewhere around the floor, people used the MacBooks on display to send messages back to worried family members or update Facebook to say they were okay. But mostly, they just shopped.

Though it was nowhere to be seen in Apple's physical store, the Cupertino company's digital storefront, iTunes, has launched a page where users can donate money to the Red Cross to assist with Hurricane Sandy relief efforts. 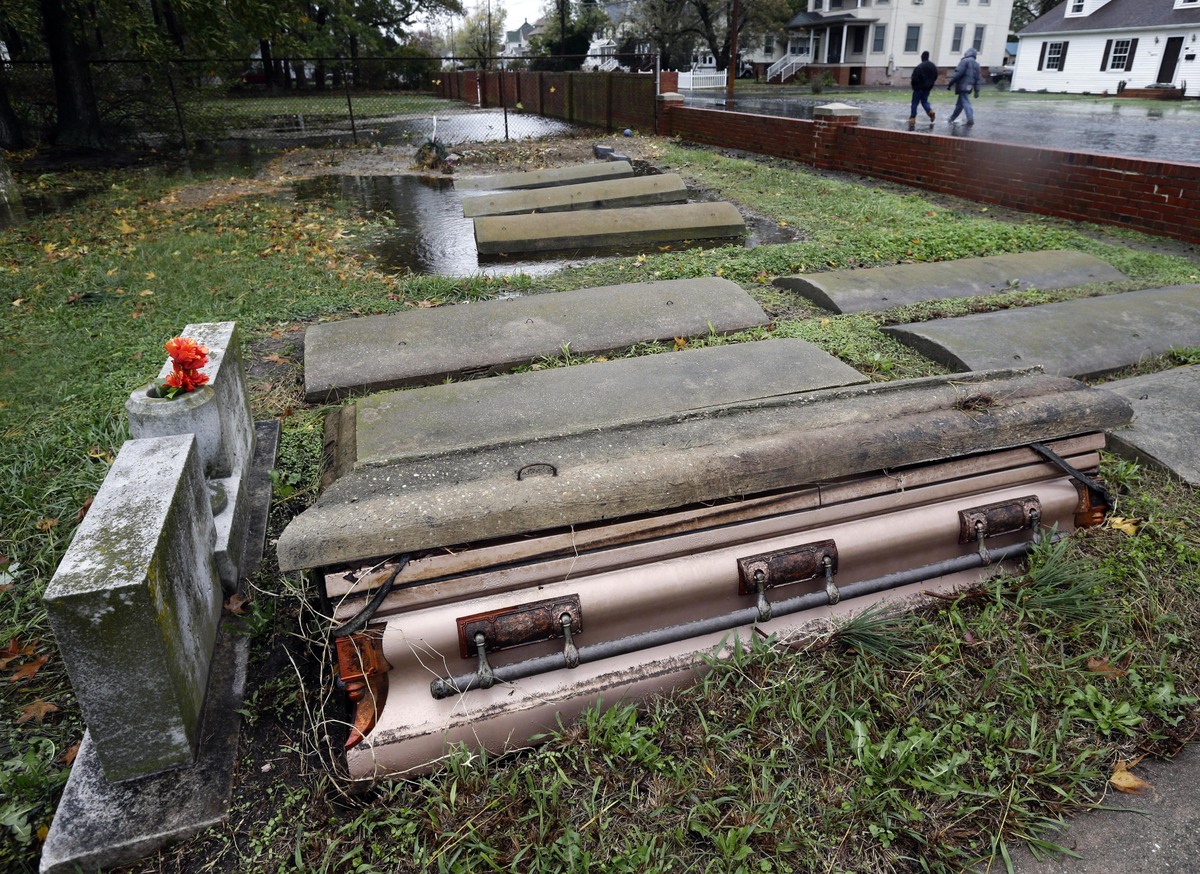 1 / 226
A casket floated out of the grave in a cemetery in Crisfield, Md. after the effects of superstorm Sandy Tuesday, Oct. 30, 2012. Hundreds of people were displaced by floodwaters in Ocean City and in Crisfield. At the same time, 2 feet of snow fell in westernmost Garrett County, were nearly three-quarters of residents lost power. (AP Photo/Alex Brandon)
AP