HAVANA, Oct 25 (Reuters) - Hurricane Sandy hit Cuba with a surprising jolt on Thursday, slamming the island with winds that reached 110 miles per hour (177 kph) and leaving a trail of destruction, especially in the historic city of Santiago de Cuba.

"Everything is destroyed in Santiago. People are going to have to work very hard to recover," Alexis Manduley, a resident of the city, told Reuters by telephone.

Santiago de Cuba, 470 miles (756 km) southeast of Havana, is a popular tourist destination because of its large role in Cuban history, its music and its Caribbean ambience.

Its first mayor was Hernan Cortes, who went on to conquer Mexico for Spain, key battles were fought there during the Spanish-American War and Fidel Castro spent part of his childhood in the city.

On Thursday, it was a city of half a million people with no power, no water service and little public transportation.

Cuban television showed people walking down the middle of main avenues empty of vehicles, but strewn with broken palm fronds and branches.

Restaurant workers chopped fallen trees with machetes to clear an outside eating area where sun shades were ripped apart and strewn about. Sidewalks were blocked by bricks from fallen walls.

A local television reporter told Cuban state television by phone that many of the city's 300,000 homes were in bad shape before the storm and therefore vulnerable to its powerful winds and rain.

Crumbling buildings are common on the communist island, where money and materials for maintenance have been in short supply for the half century following the 1959 Cuban revolution.

Longtime Santiago de Cuba resident Eduardo Gonzalez said he had walked through much of the city and saw many damaged homes, some almost to the point of complete destruction.

A television reporter described Santiago de Cuba as "a city without trees" after so many were uprooted by Sandy, a major loss in a region where shade provides relief from the hot tropical sun.

"Even a tree that I had in the patio was stripped of its leaves, as if it had been burned. It's where I always sat to rest a while and maybe have a drink," Gonzalez said.

Other Cuban provinces pledged to send work brigades to the city, but those nearby had their own problems.

Officials gave long lists of towns with damage similar to that in Santiago de Cuba and spoke of the need to provide food, clean water and shelter to residents.

Cuban radio reported that one person had been killed in the storm.

Casualties were low, in part because Cuba routinely moves thousands of people out of the way of approaching storms.

"We'll have to work hard to make it Santiago again, but we'll do it," said Gonzalez. 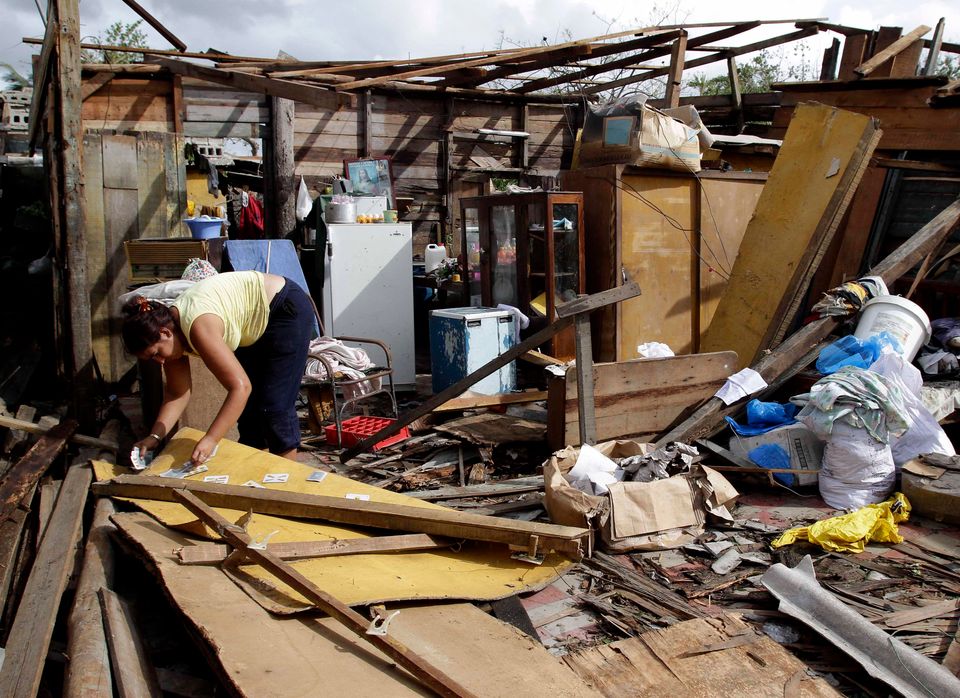