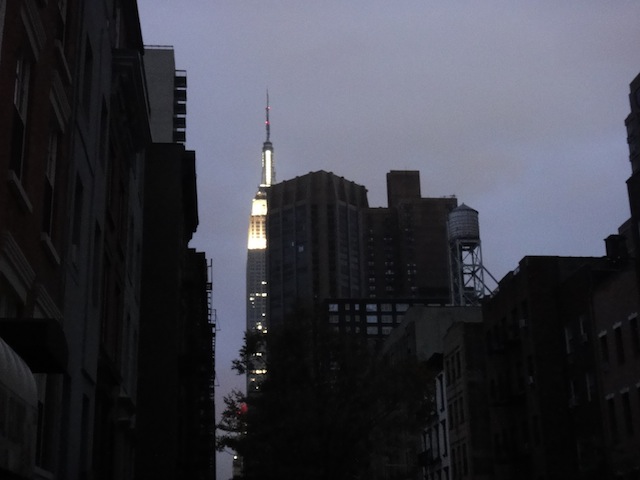 In the years since social media sites have developed and shifted largely into news feeds and channels of information sharing -- where regular people are overnight transformed into reporters and editors -- a debate has been brewing about freedom of speech in the context of social media. With Hurricane Sandy recently ravaging several states across the east coast, and social media playing a large role in keeping populations with spotty Internet access and in-and-out cell phone reception informed, the issue of free speech has again taken center stage.

During the recent hurricane that swept through dozens of cities across the east coast, millions of people relied on sites like Facebook and Twitter to get out information and stay updated on the unfolding crisis, which claimed the lives of at least 157 people across the U.S., Canada and Caribbean, and left many more without electricity, heat, gas, cell phone reception and shelter.

The human curated news and real-time updates shared across social media sites -- which oftentimes turn into de facto emergency broadcast channels because of the unparalleled speed at which information can be posted and distributed -- during the natural disaster were largely factual and reliable. Information like updates on the location of the storm, where people could find access to the Internet and news on what parts of the city were under blackout, circulated across the curated channels.

But not all of the information swirling across these impromptu news outlets was helpful or factual. Trolls, like @comfortablysmug, whose identity was revealed by BuzzFeed as Shashank Tripathia, knowingly posted blatantly false information that could have caused mass panic and fear across an already devastated population.

Recent Tweets that were deliberately false -- claiming that the NYSE had been flooded due to Hurricane Sandy, that Con Edison was shutting down power to the entire city, that Con Edison workers were trapped in the New York power plant and that New York Gov. Andrew Cuomo was trapped in the city -- had critics claiming that posts like these should not be protected by freedom of speech. Blatantly misleading Tweets like these during a national disaster incite fear and panic in an already vulnerable population. What's more, the Tweets got picked up by major news channels like CNN, Reuters and The Weather Channel and were shared via social media sites hundreds of times before the Tweets were reported as false.

Several false images posted on Facebook and re-tweeted on Twitter, including one showing a shark swimming in the streets and another showing a massive storm cloud brewing above the Statue of Liberty, were shared so many times that the Atlantic published a post titled, "Think Before You Retweet: How to Spot a Fake Storm Photo."

The false tweets re-opened the debate about the boundaries of free speech -- something that New York Council Member Peter Vallone says is laid out in the New York Penal Law. Based on that law, Council Member Vallone is bringing a criminal case against Tripathia to the New York District Attorney's office.

"None of us think this [law] is something that should be consistently enforced," Council Member Vallone said, "The First Amendment is strong for a reason. But there are limits to even that. For example you're not allowed to yell 'fire!' in a crowded theater; this jerk [Tripathia] was yelling fire and New York was the theater."

Falsely yelling "fire" in a crowded theater was ruled illegal by the Supreme Court in the 1919 Schenck v. United States court case because it had the potential of causing a "clear and present danger." The rule was later partially overturned in Brandenburg v. Ohio in 1969, a case that limited the scope of banned speech to things that would "likely" incite "imminent" lawless action. Still, there is ambiguity to the terms "likely" and "imminent." But the law under which Council Member Vallone seeks to prosecute Tripathia on is the law against falsely reporting an incident or emergency under circumstances in which public alarm will result -- and Tripathia's comments on Twitter had the potential to cause alarm.

When asked about the case he brought to the New York DA against Tripathia, the New York Council Member said, "We're still at the very preliminary stage right now because the DA office still doesn't have power, but we will have upcoming discussions about this." (At the time of this interview, the DA office had still not been re-opened). "The Manhattan DA is taking this very seriously. I hope the fact that I'm asking for criminal charges to be seriously considered will make him [Tripathia] much less comfortable and much less smug."

Gerald Weber, of Gerry Weber's Law Offices, agreed that there should be limits to what people can say in certain instances. Weber explained that even in the United States, where freedom of speech is highly protected, there are instances when that protection can be lost. "If knowingly false speech is not reasonably identified as being fiction, and the speech can impact disaster relief and citizen preparedness in a disaster, there is a strong argument that free speech protections are lost. Though much will depend on the particular charges brought," Weber said.

But free speech stalwarts argue that it's exactly during tough times that free speech needs to be protected. Brian J. Buchanan, the managing editor at the First Amendment Center, said limiting freedom of speech could have a slippery slope effect -- essentially unraveling a constitutional right afforded to Americans under the First Amendment. "Making 'lies' illegal would be a slippery slope. If someone tweeted, 'Staten Island is in chaos' and others found that statement to be untrue, where would such a law draw the line between 'fact' and interpretation?"

Ken Paulson, a lawyer and former USA Today editor at the First Amendment Center, told GigaOm that freedom of speech -- no matter if the speech is true or not -- is one of the most highly protected rights Americans have. "Lies are constitutionally protected except in very rare exceptions. Someone recklessly tweeting is beyond the reach of the law except in rare exceptions," Paulson told GigaOm, adding, "Anything you want to outlaw on Twitter, you'd have to outlaw in conversation."

It's not the first time the question of protected speech on social media sites has been raised. In fact, last month, Twitter made a historic move and blocked an account for the first time after Germany requested that it take action against a Twitter account run by neo-Nazis. But Twitter, a company that has described itself as the "free-speech wing of the free-speech party," announced in a post titled "Tweets Still Must Flow" that it now has the "ability to reactively withhold content from users in a specific country -- while keeping it available in the rest of the world." Meaning that the social media site can block content from a specific country that might have more restrictions on what is considered protected speech, while keeping the content public in the United States and other countries. So while Twitter seems somewhat open -- though begrudgingly -- to censoring content outside of the United States, it hasn't yet been willing to restrict content generated in the United States.

Twitter's Chief Lawyer Alexander Macgillivray, an unflinching advocate of freedom of speech, told the New York Times in September that the social media company's resolute support for free speech was imperative. In August, Macgillivray's team fought a court order to remove tweets from an Occupy Wall Street protester. Before that, the team refused to back down to Indian government officials' calls to have controversial tweets removed.

"We value the reputation we have for defending and respecting the user's voice," Macgillivray told the New York Times. "We think it's important to our company and the way users think about whether to use Twitter, as compared to other services."

But should circumstances affect the limits of protected speech? Does the fact that New York at the time was under a state of emergency with an already devastated population, warrant a different set of rules? Could Tripathia and others' false tweets have potentially caused "public alarm," "inconvenience" or could they have "likely" incited "imminent" lawless action? Share your thoughts in the comments.