If an ounce of prevention is worth a pound of cure, a new technology developed by the Department of Homeland Security might have been worth its weight in gold during Hurricane Sandy.

That technology is a gigantic inflatable plug that might have prevented the massive flooding of New York City's subway system caused by the storm. In simulations, the plugs--originally developed to combat terrorist attacks and now being evaluated at West Virginia University--have proven to be effective at limiting flooding in tunnels.

Developed as part of the "Resilient Tunnel Project," the plugs are actually enormous balloon-like capsules, according to a department press release. When filled with air or 35,000 gallons of water, the plugs measure 32 feet by 16 feet. Unfilled, they take up little space and can be stashed throughout tunnels, waiting to be inflated remotely at a moment's notice.

They're tough, too. The plug's engineering uses the same design and manufacturing processes as space suits and inflatable space habitats.

PHOTOs of the plug, via DHS and West Virginia University:

"We've proved that these plugs can hold back water," Dave Cadogan of ILC Dover, the plug's manufacturer, told CNN. "I wish we had moved a little bit faster as a team and had gotten this development done."

Other brains behind the project told CNN only one current-generation plug has been manufactured, and the project is at least two years away from producing and selling them to transit agencies.

New York City shut its subway system in advance of Hurricane Sandy, and though service was partially restored Thursday, officials so far have been reluctant to offer a timetable for returning to normalcy after the system sustained "an unparalleled level of damage."

Transit officials estimate the New York subway system loses $18 million every day it's out of order. 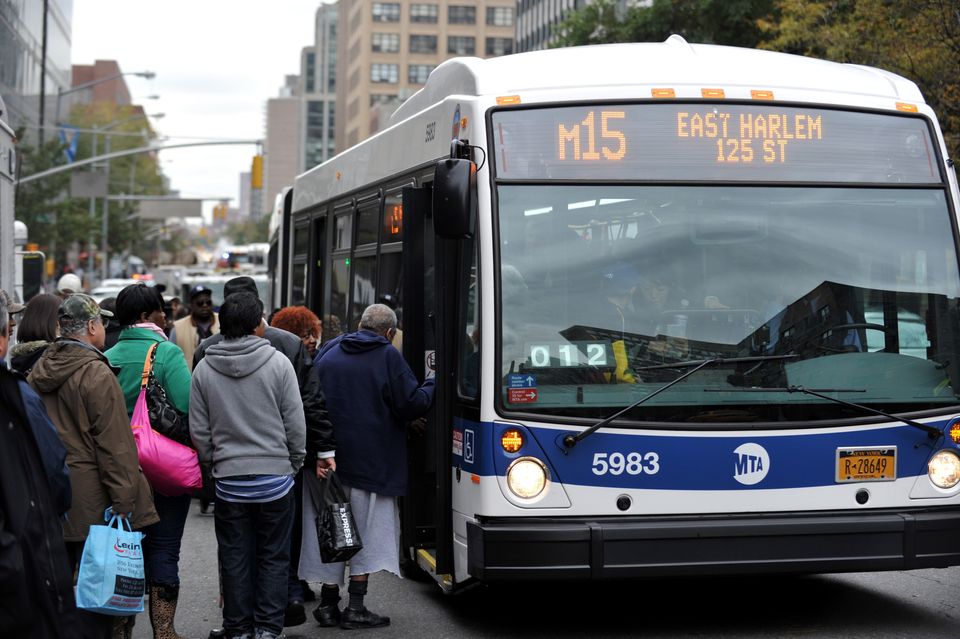 1 / 17
US-WEATHER-STORM-SANDY
Passengers crowd onto a bus on First Avenue October 31, 2012 in New York. There was limited bus service in New York while the subway system was still not functioning after being flooded by Hurricane Sandy. AFP PHOTO/Stan HONDA (Photo credit should read STAN HONDA/AFP/Getty Images)
Getty Images