The shaded region in the infographic below indicates the area affected by the superstorm when it was classified as a hurricane. This area of hurricane-force winds hit a broad section of the Eastern Seaboard, from Florida to Maine, although regions further inland were also affected by the storm and its greater weather system.

Early reports indicate that New Jersey was the state hardest hit by the storm, which made landfall near Atlantic City and caused severe damage to towns along the coast.

Hundreds of thousands remained without power in New York City as of noon on Wednesday. The storm flooded subway tunnels and crippled the city's mass transit system, although limited service on some lines is set to resume on Thursday.

Food distribution networks across the Northeast were disrupted by wide-spread power outages from the storm, although there are no immediate concerns of food shortages.

The race to restore power to about 6.2 million people began in earnest Wednesday as power companies assessed damage, cleared trees and made repairs.

However, the effects of the massive storm were felt even further away. The remnants of Sandy stirred up abnormally large waves on Lake Michigan, bringing cargo shipping to a standstill on the Great Lakes. Nearly 400 work crews have been dispatched to clear debris in Ohio, where 151,000 homes and businesses are without power. 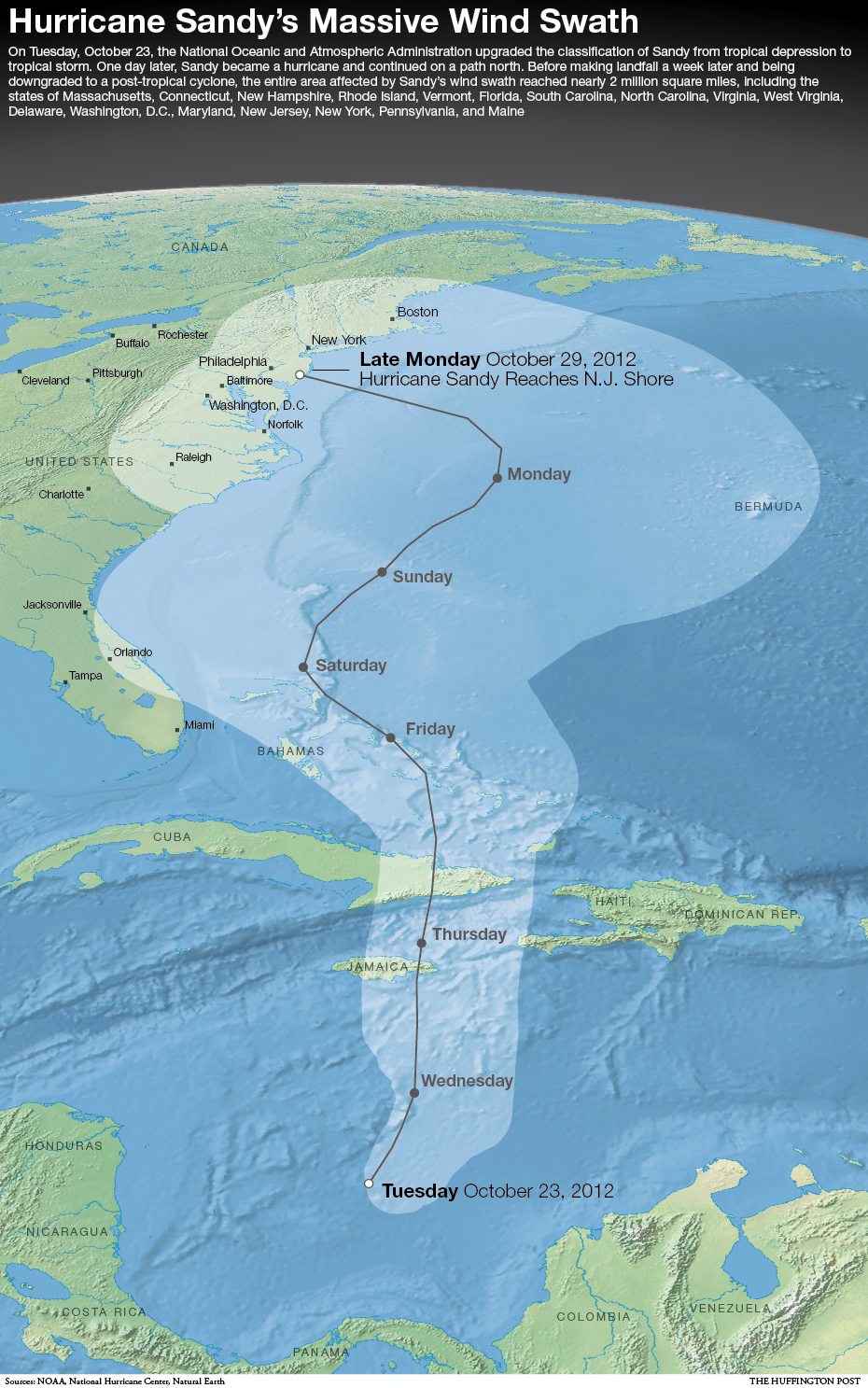