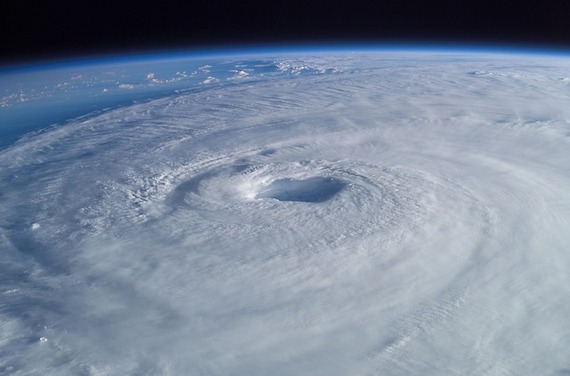 Every summer during the height of Florida's hurricane season, I wonder. I wonder if predictions of tropical quietude or cyclonic upheaval will validate meteorologists' year-to-year models, the computer-generated guesses I've dubbed "Little Big Storms."

Those of us who live in the topographical paths of hurricanes usually don't wonder a lot. We just wait... and hope. We hope we're spared those named, atmospheric Tasmanian devils, whether little or big, that might make their way up from the warm seas of the Caribbean.

I find it odd, though, that most cruisers who book Caribbean voyages during peak hurricane season don't appear to be all that concerned about a storm. The cruise industry's increasing sales suggest that travelers would rather snatch up the great deals offered between mid-September and mid-October than worry. 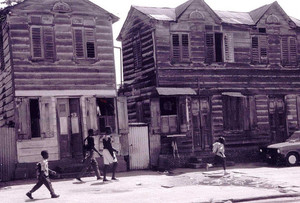 If a hurricane should threaten the trip, I doubt passengers expecting to sail the Caribbean realize that its borders will suddenly expand... maybe all the way to Suriname.

While there's only a slim chance of that happening, I'm not sure if I would take the chance. The last place I'd want to be is on a ship, boat, dingy or lifesaver ring -- anything floating in turbulent waters -- sloshing around like a dead goldfish in a flushed toilet bowl.

And being diverted to Suriname, with the high risk of contracting a major infectious disease such as typhoid or malaria, isn't all that attractive either.

Of course, cruise line captains are well-trained when it comes to hurricanes. Their ships have sophisticated weather tracking technology on board, which gives them plenty of warning so they can hightail it away from an approaching storm, whether south to Suriname or north to Boston.

Still, it seems like a false sense of security -- sort of what we landlubbers adopt when a big storm hasn't hit in several seasons.

As a kid, I thought hurricanes were awesome. That's because when one did cross over our little island, the lights usually would go out, and anyone under the age of 15 would morph into a candle pyromaniac.

It didn't matter what time of day it may have been. If the electricity went out, we placed lighted candles around the house until it looked like a sacrificial altar to the hurricane gods.

Before the storm, grandparents, aunts, uncles, cousins (a lot of them) and other shirttail relatives would gather in our small, concrete block home, to weather the storm, with nary a care that we could be blown to kingdom come. That's just what we did.

Once the house was stocked with bare necessities and secured, and Pop raided the liquor store for beer and scotch, or anything that sedated the adults so they didn't go off on cooped-up pyromaniacs, the party would begin.

The adults would play poker until the wee hours of the morning, ignoring the storm to ante up. We kids made tents out of sheets and peeked between the cracks of the boards covering the windows to see the pounding winds bend palm trees and blow unsecured lawn chairs into the pool.

Watching the wind rip the roof off a neighbor's house while he was on the potty was one exceptionally exciting moment, especially when he ran outside with his pants around his ankles to see where it went. 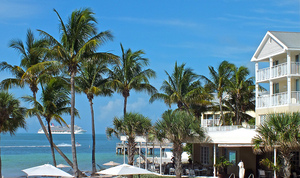 Now I know hurricanes are dangerous and not really an appropriate subject to target with my lame attempt at humor. So, let me be clear. Authorities DO NOT, I repeat, DO NOT recommend hunkering down and partying out the storm.

Nowadays, we abandon that ignorant mentality and evacuate since experience has shown that having a hurricane party could cost you your life.

Maybe being on a cruise ship during a hurricane isn't such a bad idea, after all. Maybe it's the best place to be.

And damn, who wouldn't want to see Suriname?