TAMPA, Fla. - U.S forecasters warned residents of Hawaii’s Big Island on Tuesday of an encroaching hurricane expected to bring strong winds and heavy rains, while Floridians were told to prepare for a tropical system later in the week.

The National Weather Service (NWS) tracked Hurricane Madeline swirling about 370 miles (600 km) east of the town of Hilo around 11 a.m. local time on Tuesday. The storm was forecast to “pass dangerously close” on Wednesday, prompting the NWS to issue a hurricane warning for the island.

Madeline was ranked as a Category 3 hurricane with maximum sustained winds of 115 mph (185 kph), though some weakening was expected before Wednesday, the weather service said.

The County of Hawaii sent residents an alert about the hurricane’s dangers, including heavy rains that could lead to mudslides, as well as possibly damaging ocean swells.

“Preparations to protect life and property should be completed by nightfall today,” the alert said.

In Florida, some local governments have already begun passing out sandbags as a tropical depression heads toward the state’s Gulf Coast. The National Hurricane Center in Miami expected the unnamed depression to strengthen into a tropical storm on Tuesday.

It issued a hurricane watch from Indian Pass on the panhandle along the Gulf of Mexico to north of Tampa, saying hurricane conditions were possible within the area. It also warned of the potential for catastrophic flooding.

“The combination of a dangerous storm surge and the tide will cause normally dry areas near the coast to be flooded by rising waters moving inland from the shoreline,” it said.

Flooding, storm surge, fierce winds and tornadoes were all threats to the region, which could begin feeling the storm late on Wednesday, Florida Governor Rick Scott said in a statement.

On its current path, the system could make landfall on Florida’s north-central Gulf Coast on Thursday, bringing storms into Georgia and the eastern Carolinas on its way to the Atlantic Ocean.

Florida raised the activation status of its State Emergency Operations Center on Tuesday to begin preparing.

An unnamed tropical depression, posing a relatively minor threat to North Carolina, was expected to pass near its Outer Banks region on Tuesday evening before turning out to sea.

It could strengthen into a tropical storm, but forecasts showed it tracking away from land by Wednesday morning, according to the hurricane center. 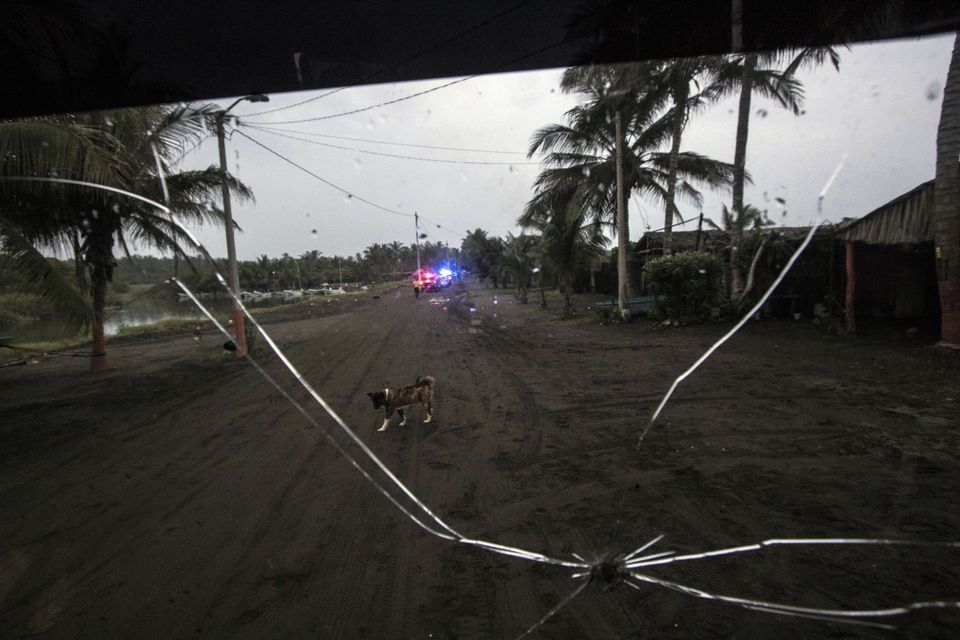 1 / 12
View of street at Boca de Pascuales community as residents are evacuated by local authorities before the arrival of hurricane Patricia in Colima State, Mexico on October 22,2015.
HECTOR GUERRERO via Getty Images