Hwansan Sunim had a pretty typical suburban American childhood. Born to Korean-American parents in Westchester County, N.Y., he grew up in Irvington, an idyllic small town on the Hudson River.

Though Sunim strived to be a model student for his parents and get accepted to a good college, he said he always felt somehow different from his peers, and had the sense of living a "double life." His childhood and adolescence were marked by existential and spiritual questions, and early on he decided that he was more interested in seeking answers to those questions than in achieving conventional success.

Sunim's commitment to schoolwork paid off; he attended Harvard, where he majored in comparative religion and took courses in each of the major world traditions. But what he craved couldn't be found in books. He zeroed in on Zen Buddhism, which appealed to him with its emphasis on the importance of direct experience over theory and doctrine.

"What every Zen text tells you is that you can't learn it from books, you have to find an enlightened master," Sunim told The Huffington Post.

Fueled by the questions he'd pondered in college, he went to South Korea to learn meditation from Seon Master Songdam, Korea's most respected Buddhist Zen master.

"I was young, my identity had not yet been fully formed," said Sunim. "I was moving on instinct, trying to answer these questions that I couldn't let go of."

In Korea, he felt he still hadn't completed his formal education. After several months at the monastery, he returned to America to explore consciousness and meditation from a more scientific perspective, this time as a psychology student at New York University. It was this scientific background he felt he needed to devote himself fully to monastic life; when he felt satisfied with his scientific knowledge, he returned to South Korea to be ordained as a Seon Buddhist monk ("Seon" is Korean for "Zen," or "meditation"). Sunim would spend the next 25 years of his life studying at Yonghwasa Monastery in the city of Incheon, home to a thousand-year-old Buddhist temple.

The transition from living the life of a college student in New York City to that of a Buddhist monk in Korea wasn't always easy, Sunim admits. But now, the monk and spiritual teacher says he's found a harmony between the modern and traditional ways of life. In fact, one of the things that drew him to Seon Buddhism is its emphasis on the here and now -- the practice is meant to be incorporated into everyday life, not to take one away from it.

Today, Sunim's roots in both the East and West have equipped him to translate the ancient wisdom of Korean Buddhism for the modern world. He has devoted his life to the Seon Buddhist way. And while that lifestyle involves a certain isolation, Sunim has one foot in the world of ancient Buddhist wisdom and another in the world of 21st century digital media, sharing his insights with a global audience via his podcast series and YouTube channel, "Hwansan Sunim: Son Meditation for the Modern World."

Sunim's powerful, relatable teachings have earned him a loyal online following, as well as some prominent meditation students, including Dr. Jim Yong Kim, president of the World Bank Group. Kim told HuffPost that Sunim is "the most insightful and articulate translator of Buddhism for the Western world I've ever encountered."

Kim first met Sunim when they were at Harvard. The friends reunited 10 years after Sunim's graduation; at the time Sunim had been living in the monastery for eight years, and Kim was working with Partners In Health, a global public health advocacy organization. Sunim ended up spending a great deal of time with Kim and his wife during a trip back to the U.S. Kim and Sunim discussed their aspirations to create meaningful change, and Sunim taught Kim and his wife the principles of Seon meditation.

"Sunim has always thought about his life and work in terms of how it can have a larger impact in the world," Kim told The Huffington Post.

Meditation is central to that quest. For Sunim, meditation exists at the intersection of the inward and the outward. "Meditation is there as a way of addressing suffering and the question of enlightenment in the world we actually live in," he said. "You can respond to the stimuli that come in from your environment and also the thoughts and emotions that come up in you."

For the past two years, Sunim has been working outside the monastery to spread the philosophy and adapt it for a modern audience. Sunim records 45-minute instructional videos for his popular YouTube series and visits colleges and universities in Korea to teach students the principles of Seon.

Science has confirmed the benefits of meditation for improved physical and mental health and well-being. Mindfulness practice has been linked with improved sleep and emotional stability, reduced stress, lower levels of depression and anxiety, heightened immune system function, and improved mental clarity.

"The way he talked about the benefits of meditation just made so much sense, even to a person trained in the Western biomedical tradition," said Kim. "It was exhilarating to learn that Buddhism offered such a clear method to reach a state of stillness, greater awareness, compassion and empathy. Since the first time I learned about mindfulness meditation, the scientific evidence for its benefits has increased dramatically, and so much of what Sunim was saying to us in those early days has been confirmed by the science."

"Seon meditation aims to eradicate the very roots of suffering, as well as awaken us to our infinite human potential," Sunim explained in a recent video. "This, I believe, is what the Buddha's teachings can do for us in the 21st century." 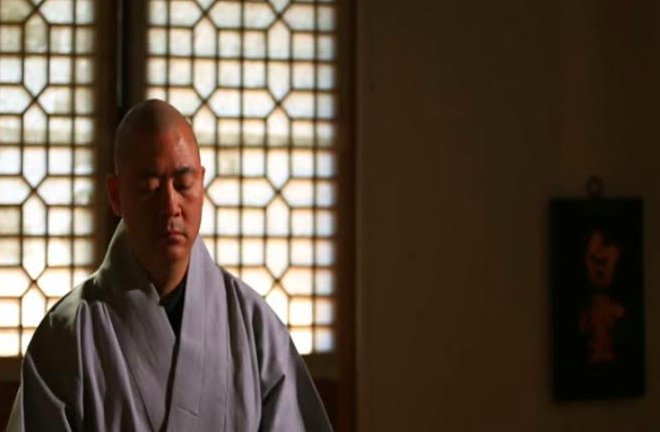