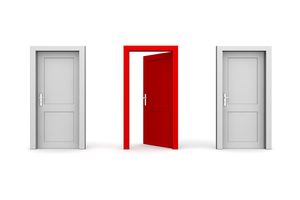 It's strange, but this word -- "hybrid" -- is somewhat controversial in some publishing circles. I guess, like a lot of terms, there are certain people and even factions who want ownership of it, and others who want to distance themselves from it. I came across a guy online who claimed to have "coined" the term in 2011, but the origins of hybrid publishing go back at least another full decade, if not farther.

My introduction to hybrid publishing coincided with my introduction to publishing in 2000, when I landed a job at North Atlantic Books in Berkeley. They had in place a hybrid publishing agreement with some of their authors that offered creative terms -- usually in which the author paid for some or all of their production and print costs in exchange for higher royalty rates. North Atlantic is hardly the only publisher to have ever cut deals like this, and the longer I've been in the industry the more I've seen how commonplace this practice actually is, especially in smaller houses and especially among business-minded authors.

Recently, another kind of "hybrid" has entered into the mix, the hybrid author -- and this, I imagine, confuses people because it's the same term, but used in a different context. The hybrid author is someone who has book deals with traditional presses, but also self-publishes, or publishes in some other nontraditional way. That said, when I talk about hybrid publishing, I am not talking about hybrid authors, who are quickly making up a larger subset of the author population than ever before.

Hybrid publishing encompasses the middle ground between traditional and self-publishing. Hybrid publishing is not a term all publishers or authors in this space use, but it's the term I prefer because it's a catchall. Because this is a new and growing area of the industry, people are trying to figure out what this area is--and I propose we adopt hybrid as the umbrella term under which at least four kinds of publishing models fall:

1. Traditional publishers who've been brokering hybrid deals for years. All it means to have a hybrid publishing agreement in this context is that the author pays up front in some capacity. It was my early exposure to this kind of publishing that gave me the foundation for She Writes Press, the "hybrid" publishing company I co-founded that falls under partnership publishing below. The only downside to this variation of hybrid is that it's not transparent. Most traditional publishers who do it don't talk about it, which has propagated a false dichotomy in the marketplace that there are those who pay to publish and those who get paid to publish. The truth is much blurrier than that.

2. Partnership publishing models. Models like these include She Writes Press. We are a publishing company, and our authors pay to publish under our imprint. The authors keep a high percentage of their royalties, so they absorb the financial risk of their publishing endeavor. We offer traditional distribution and the benefits that brings, including the ability to have your books preordered and your data streamlined; a curated, selective acquisitions process; and we have a publisher at the helm making sure there's a cohesive vision and that all of the books are adhering to a level of quality that's on par with traditional publishing. Another benefit unique to publishers who have traditional distribution is that they qualify to submit their books to the traditional review channels, like PW, Kirkus, Booklist, and Library Journal. This is a boon to authors who depend on reviews to drive sales--namely novelists and memoirists. Other publishers in this space include Ink Shares, Turning Stone Press, and White Cloud Press.

3. Agent-assisted publishing models. Many agents are starting their own publishing companies to publish the works of authors whose books they cannot sell. For the most part, these efforts are valiant. Agents feel strongly about the work they're seeing and want to find an outlet where these authors can be published. They're hybrid because the authors are being published under the agent's imprint. What these models lack to date is effective distribution. Where they excel, and what makes them like the other two models above, is that they understand publishing and put out quality books that their authors can be proud of. One asset here as well may be on the foreign market side. If your agent continues to represent you, and has published your book, it's likely they will make strong efforts to sell foreign editions of your work. Be sure to ask!

4. Other assisted publishing models. There are many assisted publishing models out there, and I differentiate these from assisted self-publishing because authors are publishing under a company's imprint rather than their own imprint. Some people might call this self-publishing, but it's really not, because the company you're working with is delivering a finished product, and they're paying you royalties or author earnings on your sales. These companies do not curate, or have traditional distribution. To the novice writer, these companies might look very similar to partnership publishers and agent-assisted publishers, but they're quite different in their orientation to the business--namely in the fact that they're operating more like a mill than a publishing house. You need to be cautious in this space. There are good companies and bad, so do your homework.

The real qualifier of a hybrid publisher is that the author pays to publish. The payoff for the author is the much-higher royalty, and that someone else does the heavy lifting of publishing the book (and in the cases of partnering with a traditional or partnership press, you're benefiting from their industry relationships as well).

The hybrid publishing space is difficult to navigate because not all models are created equal. I would love to distance She Writes Press from some of the other pay-for-service companies that fall into this category, but at the end of the day, for better or for worse, we're all together for a similar business purpose: to offer authors an opportunity to get published in a way that is neither traditional nor self-publishing. We come to the table with different experiences, values, and missions, and as authors entering this space, you get to choose your partners. So the onus is on you to be thorough, do your homework, and choose wisely.