Just when you thought you'd seen the freakiest image of all time, another one emerges.

This is a different image of the same deep-sea tube worm. However, this one makes the creature seem a little less vicious, and a little more squishy.

Taken at a magnification of 69x with a width of 4.32 μm with a Quanta SEM, the shot was taken using a similar process. It was also taken by Philippe Crassous.

The folks at FEI Electron Microscopes managed to dig up this second image and were kind enough to send it over for your enjoyment.

Hydrothermal worms are deep sea creatures, almost as small as bacteria, and are largely found near hydrothermal vents in the ocean. It's not something you're likely to ever see, unless you're a deep sea marine biologist.

Last month, scientists reported they had discovered the first multicellular life in the deep subsurface biosphere, or rather, "worms from hell." That term may have been more fitting for this hydrothermal worm.

The New Image (via FEI and Philippe Crassous): 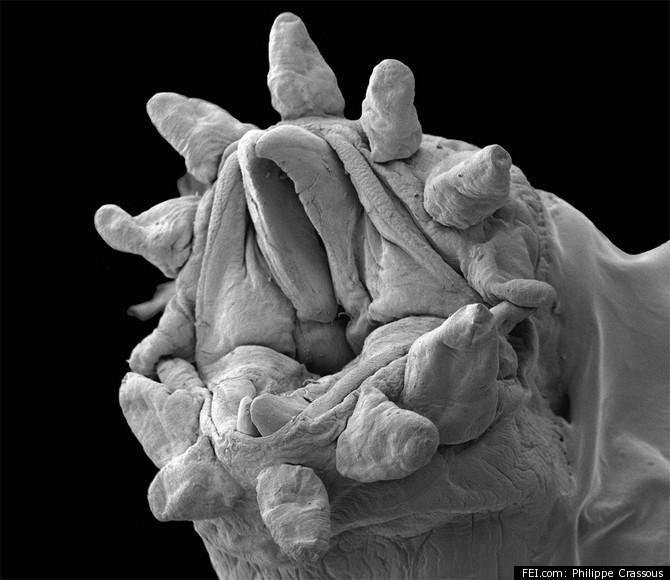