This is not photoshop, no clever graphics, no movie scene... it's a hydrothermal worm.

And it's a real creature.

It's just really, really small. So small in fact, that this image comes from an electron microscope.

Taken using an FEI Quanta SEM, this image is amazingly zoomed in 525 times. The real width of the field in the image is 568μm, or 568/1000 of a millimeter. It's far larger than an atom, but still among the smallest living things.

The worm, as scary as it looks, is something most people will never actually get to see (or have to worry about, for that matter). Hydrothermal worms are deep sea creatures, almost as small as a bacterium, and are largely found near hydrothermal vents in the ocean.

This shot was captured by Philippe Crassous and submitted to FEI's gallery. Other amazing shots taken using FEI's microscopes can be seen here.

Last month, scientists reported they had discovered the first multicellular life in the deep subsurface biosphere, or rather, "worms from hell." But perhaps the title is more fitting for this hydrothermal worm.

The full image, courtesy of FEI and Philippe Crassous: 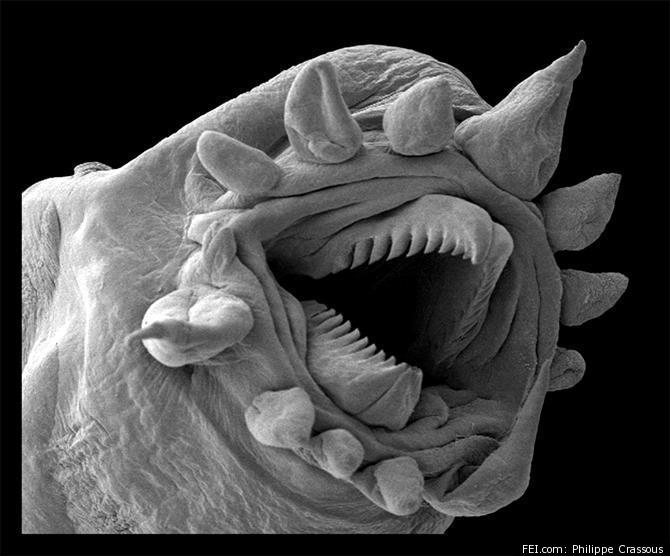