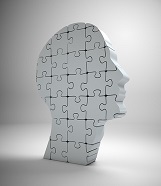 The Trance That Damages

Over the years, many people have asked me why I became a therapist, or more precisely, how I became a "hypno-therapist."

"Why would someone with your history be working in a field that most psychologists simply dismiss?" people enquire.

How does someone with a background in science and psychology become guided into this alternative approach -- hypnotherapy?

I was raised in the Western culture and in the Western tradition -- which is to say that my mind was largely shaped and guided by a system of belief in which science alone was king. And in the matter of human health, medical science was the king of kings, the shepherd of sanity, and the guardian of human well-being.

It was a system of thought that taught me to trust and rely upon the skilled and learned doctors, with their stethoscopes and scans, their salves and scalpels, their instruments and injections. And through this process I came to believe that the mind was as approachable and comprehensible to these doctors, and to those who had been trained in such matters, as were my toes or tonsils. So how did I transition from this to what some might see as the more "esoteric" world of hypnosis and hypnotherapy?

Like so many of life's major transitions, it came about through personal experience.

There came a time, in my 20s, when it seemed to me as if a combination of biology and biography had conspired to force me into such a state of abject unhappiness that I had become "clinically depressed." I believed this to be true because I had studied it. I knew, after all, what the symptoms were, and what to look out for. Everything I was feeling seemed to be on the checklist for depression.

Since depression depends so much on the subjective report of the person experiencing it, I had little difficulty in convincing the doctors of my own "diagnosis." There was a medical condition called "clinical depression," and I had it. For me that was the end of the story. All I had to do was to tell the doctors how I was feeling, to describe my symptoms, and the label was readily affixed.

I was admitted to a mental hospital: for depression.

And there I awoke from the trance I now believe my culture and my history had induced in me. In that hospital I met people, patients on my ward, who were in the same trance as myself. They had also bought into the belief that there was something radically wrong with them and their minds, because of the way they felt; something that medical science -- with its drugs or electricity or scientifically-proven strategies -- could somehow fix.

I did get "fixed," but not by the doctors or by their medication -- I soon found a way to dispense with that. I believe I was fixed by something else, the other people there: the "patients."

In that hospital I came to see that there was much less wrong with people's minds than with their thoughts -- or, more correctly, with the way they thought about their feelings.

Like me, they seemed to have slipped into some kind of hypnotic state, bought into the belief that the way they were feeling was "a mental illness." But is unhappiness, or anxiety, or fear -- no matter how profound and incapacitating -- actually an illness? I had my doubts. In fact, I now have my doubts that so many of the problems in living that are labelled mental illness are, in fact, that. I tend to see such things now not as illness, but as difficulties in living.

Am I saying that depression does not exist? No, of course not, and neither do I underestimate the suffering and confusion which that diagnosis and those awful, depressed feelings can generate. Am I saying that mental illness is really an illusion? No, again. There are conditions where the brain chemistry or physiology is so disturbed as to create an imbalance in the brain and neurological system, and disturb the mind.

But in that mental hospital I came to see that uncomfortable and inconvenient though our emotional and psychological difficulties may be -- feelings such as anxiety, panic, depression, and fear are are not us, and they do not have to define us. And they do not necessarily mean that we are ill. It is the belief that we are ill because of them that really hurts. This is the trance that damages.

When we see ourselves as patients then we need to be cured. When we see ourselves as people experiencing difficulties in living then we need something very different. We need to work with and through our feelings and not see them as some kind of awful disease. We may well benefit from help with this, but this does not necessarily mean drugs or electricity or endless sessions crammed with words and tests, or stuffed with expensive "analytical" silence.

If we exist in a trance that tells us we are flawed, disordered and sick, then we need to emerge from this trance. With hypnosis, and the strategies it allows, we can accomplish this. For me, and for the many who come to see me, standard psychology has given way to this more powerful psychological therapy, working with, and not against, our more accepted methods. Its guiding principle is to restore balance and harmony in a natural drug-free way, and to return the troubled person to a belief system in keeping with the reality that, though they may be experiencing difficulty, they can take back responsibility for their own lives, their own thoughts -- and their own feelings.

The people who come to see me now are clients, not patients. Hypnotherapy allows me to help these people deal with their difficulties effectively and rapidly. Sometimes all that is needed is to emerge from a trance, to become "de-hypnotized." And that is what you really need to know about hypnosis. It is the reason why I use it. I use hypnosis for one simple reason -- because it works.

Peter Field is a UK registered psychotherapist, qualified counselor and board certified hypnotherapist. More information about hypnotherapy can be found at Peter Field Hypnotherapy.