By Hong Soon-do, Beijing correspondent, AsiaToday - South Korean automaker Hyundai Motor Group has opened its fourth manufacturing plant in China in the city of Cangzhou in Hubei Province to boost its presence in China. On current plans, the company is expected to achieve cumulative sales of ten million units by 2018.

Hyundai Motor expressed its will to boost its presence in China at a opening ceremony of the Cangzhou manufacturing plant with an annual capacity of 300,000 units on October 18, which coincides with the company's 14th year of operation in China. The ceremony was attended by 800 officials, including Hyundai Motor Group Chairman Chung Mong-koo, Beijing Hyundai President Shi Hui, Hubei Province Secretary Zhao Kezhi, Beijing Deputy Mayor Sui Zhenjiang, Korean Ambassador to China Kim Jang-soo, as well as executives of Hyundai Motor Group and partner companies. 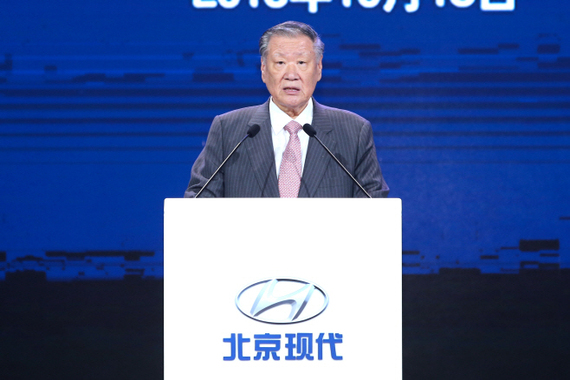 "As a symbol of economic cooperation between Korea and China, Beijing Hyundai achieved the 8 million mark in production in August. I believe that achieving 10 million cumulative sales is just a matter of time," said Group Chairman Chung Mong-koo expressing his strong confidence in achieving the target. He added, "The Cangzhou plant is the most advanced, environmentally friendly and smart facility that will produce cars of the highest quality for Chinese consumers, including the new Hyundai Verna. With the launch of the Cangzhou plant, Beijing Hyundai will take a new leap forward." 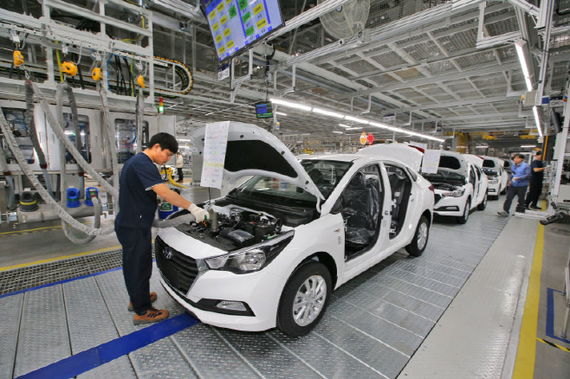 [The Cangzhou plant, the fourth Chinese plant of Hyundai Motor Group. It has an annual capacity of 300,000 units./ Source: Hong Soon-do]

Hyundai Motor established Beijing Hyundai on October 18, 2002. Making exponential growth every year, Beijing Hyundai achieved cumulative sales of eight million units in August 2015. Such rapid growth not only amazed the automotive industry around the world, but also greatly contributed to raising Hyundai's brand value. Aside from its initial success, Hyundai Motor is planning to lead the future market based on its new facilities, new models, and new strategies in China.