The Spanish Street Artist Hyuro again features the uncovered breast of a female form in her public mural. The news here in Barcelona is that it is not news. 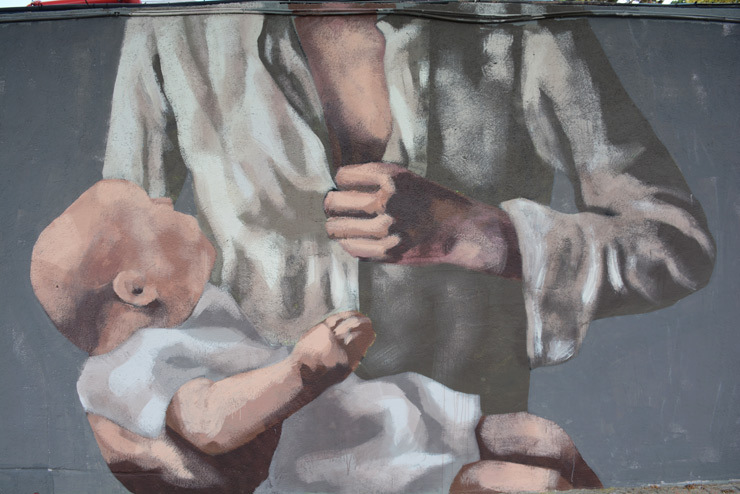 Four years ago at a mural festival in Atlanta, Georgia the Argentinian artist was embroiled in a local "controversy" for painting a mural that depicted the nude female form. The monochromatic film-frame presentation across a long wall showed the incremental metaphorical shedding of wolves clothing to that of a human, then back to a wolf - or something like that. It's open to your interpretation and not painstakingly explained by the artist, as is often the case.

Most viewers didn't find it to be an eroticized presentation and some thought it had religious undertones actually. Alexandra Parrish, a principal organizer of the mural explained to the Huffington Post at that time that it was "a portrait of transformation, the mural reflects the teachings of the church." 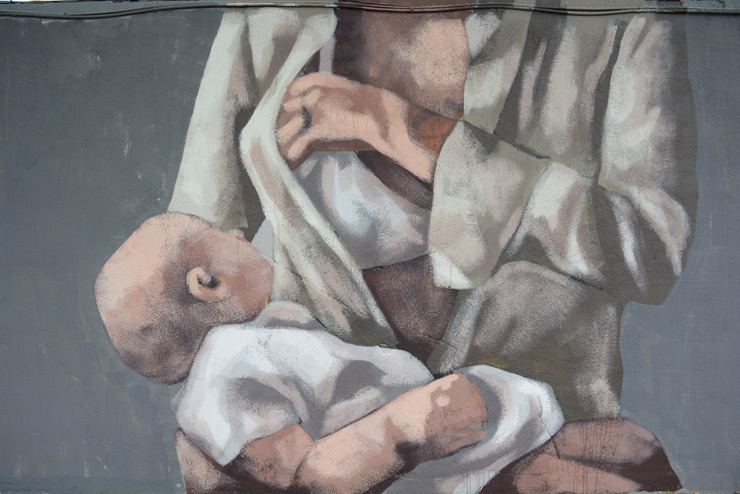 Regardless, the high-minded Atlantans who rallied to have that painting destroyed could only see that the mural presented naked lady parts parading in public, which could potentially light loins afire. Presumably none of those people were in attendance with more than 50,000 Beyonce fans this September at Atlanta's Georgia Dome, since it was essentially two hours of women strutting in high heels and highly revealing, even erotically inspired, costumes across enormous screens for everyone in attendance, including children, to ogle.

Here in Barcelona Hyuro doesn't report any negative commentary coming her way for this mural painted with BCN Transit Walls in conjunction with La Mercè, Barcelona's largest cultural, musical arts and communities festival. Named after the Virgin of Grace (Mare de Déu de la Mercè), the patron saint of the Archdiocese of Barcelona, you may think that the vision of a bared breast may cause a firestorm here. 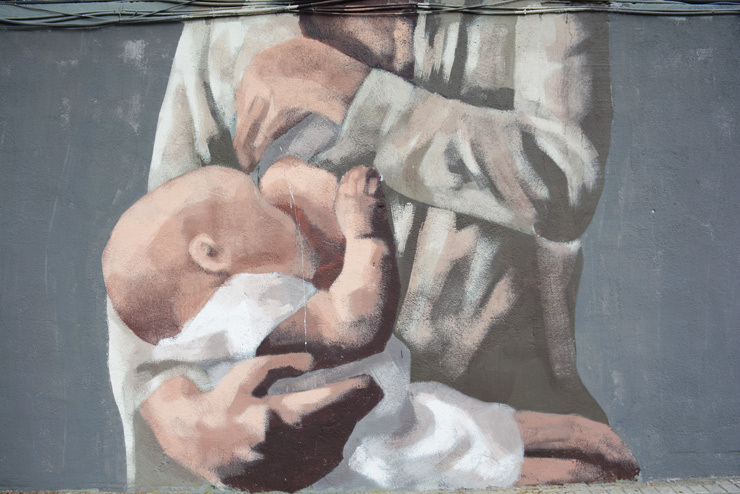 Like many of her public pieces the Hyuro's mural is a series of frames that collectively can create a sense of motion when viewed in quick succession. This series depicts a woman opening her garments to expose her breast and give it to her nursing infant. 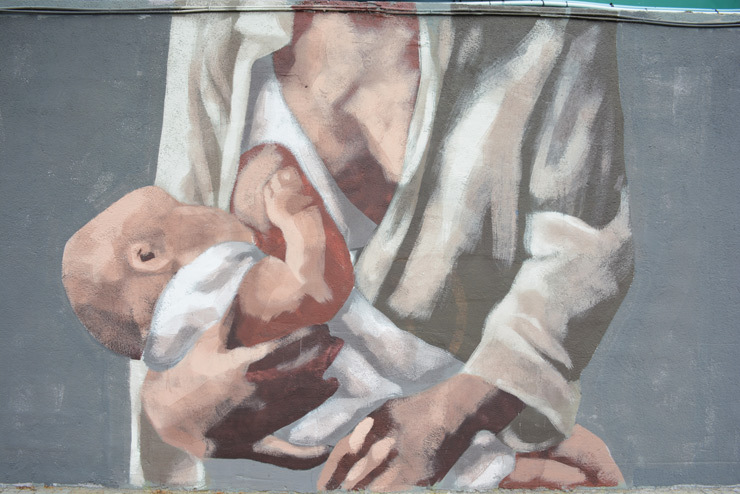 We often say that Street Art and Public Art are a mirror; a reflection of a society back to itself. Our extensive experience observing art in the streets has taught us that certain images are allowed by the greater culture to stay up while others are destroyed quickly. It is a fair measuring device for the opinions, mores, political leanings, and popular tastes of a locality.

Spanish passersby at this transit hub do not appear to find objection with this mural, but Hyuro might have to think twice about a mural like this in many American cities, where reports of shaming and bullying of breastfeeding mothers are still common. 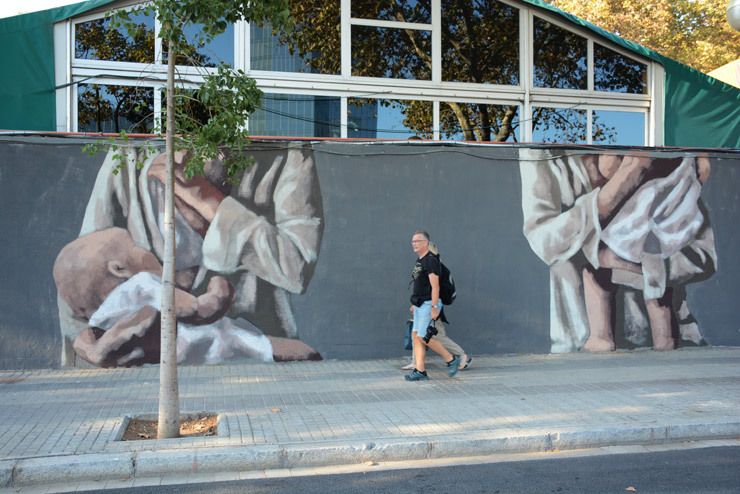 Not surprisingly perhaps, the candidate for the highest office in the US this year whom has not been a mother reportedly told an attorney that she was "disgusting" for requesting a break to breast-pump milk for her baby. She also may have been "nasty".

Whether the female form is entirely sexualized in your mind or not, for the record, US federal law permits breastfeeding in any public area where you happen to be when your baby gets hungry and laws in cities like New York actually permit women to be topless in public at any time. It may take a while for popular tastes in art to reflect this in certain areas, and when it comes to legal mural festivals visiting artists are always wise to consider the audience. 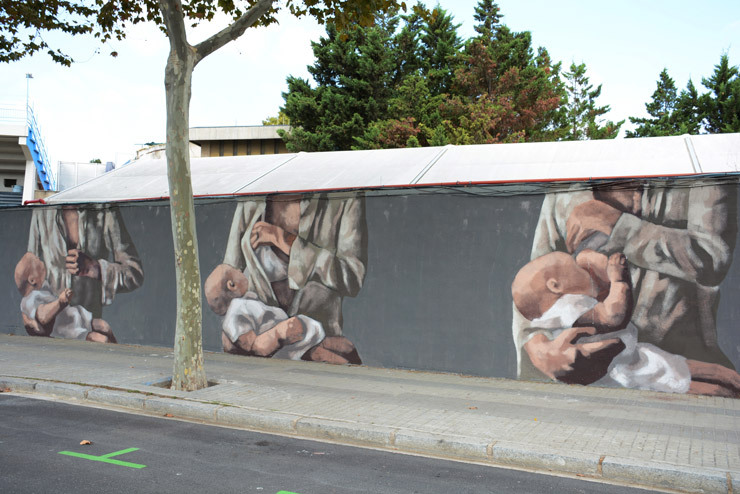 A version of this article is also posted on Brooklyn Street Art here. and here