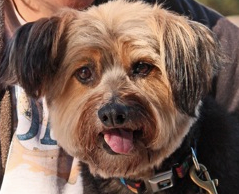 I am Cejas Van Ostrand. I am a dog. I am a writer, too. I am the only dog in history ever admitted into the National Society of Newspaper Columnists. I have a membership card to prove it. 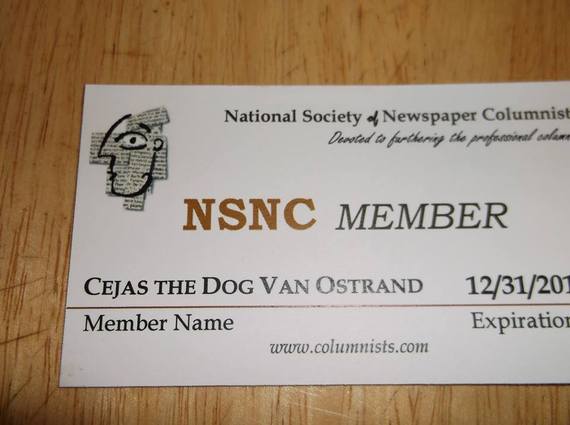 And I have an Apple AirBook because it is light enough for me to carry when I travel. A west coast dog magazine hired me last year to write a column about my observations of life which, my editors say, are considered to be funny and crisp. I donate my paychecks to the SPCA.

I am opinionated but fair. Though I am considered a writer-at-large, I use small words. I read The New York Times, the Chicago Tribune, the Boston Globe and The Huffington Post.

Arianna Huffington and I have a lot in common, but she is much taller. We both started out in other countries. We both speak more than two languages. We are both writers. I was rescued by a woman and so was she; even though the woman who rescued her was herself, it still counts. We are both good travelers.

I travel all over the place with Maggie, who is also a writer. I have a driver's license; not to worry, she only lets me take the wheel in empty parking lots. I like the humans and their dogs we meet on the road. I was once voted The Cutest Dog on Carmel Beach. It makes me feel good when humans say I'm cute. In Nashville Tennessee, Lisa Hartman told me I was very cute and looked like Chewbacca. She introduced me to her husband, Clint Black. They have three Goldendoodles. I got a Christmas Card from Bo and Sunny Obama. Leon Panetta has a famous dog named Bravo and I plan to interview him. 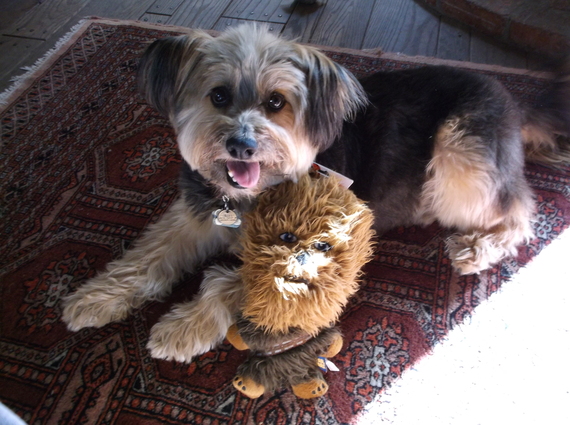 Much as I like to go on the road, not all hotels like dogs. One hotel in El Paso does not allow dogs, but they allowed me in and gave us a suite. That's probably because Maggie told them I was an extra in 101 Dalmatians, and Benji's stand-in. In fact, since I was born in a non-town outside of Tijuana, Mexico, and I look like Benji, when people ask Maggie what kind of dog I am, she says, "He's a Benjijuana." They are always too polite to pry further. Truth is, nobody knows what kind of dog I am, including me. I don't know how old I am either. I do know that my name is Spanish for "eyebrows." My eyebrows stick out even further than Andy Rooney's did.

I never saw him on 60 Minutes. I never even saw TV before I was rescued. Back then I was hungry and homeless. I ate rocks for dinner and dirt for dessert. Today, I am a U.S. citizen. I eat real food, make new friends, and have learned how to play. My favorite things are nose nuzzling, butt inspections, and seagull scattering.

I met a dog named Rooney in Santa Monica. He was a Great Dane. I wasn't scared. I sauntered up to him and stared him right in the kneecap. I soon realized there was a lot more dog above. I had to back up to see all of him.

What kind of dog am I? I am a happy dog. I am a good dog. I am a National Society of Newspaper Columnists writer dog.