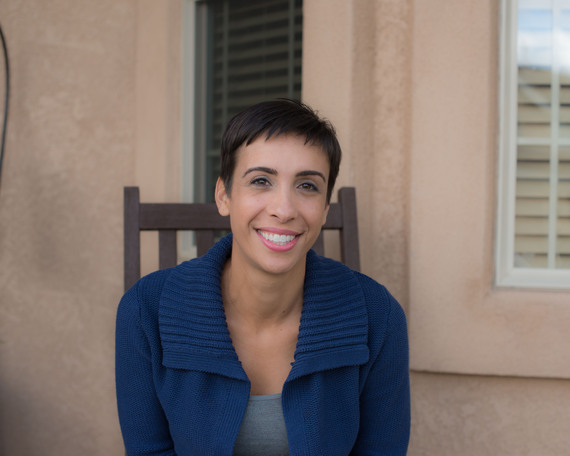 I am a Victim.

No. It means I suffered as a result of a crime. And being the victim of a crime does not preclude living a fulfilling life.

I am thankful to have encountered many people who have a compassionate, accepting, nonjudgmental approach towards me, and others like me who have experienced sexual abuse or assault. However, the word "victim" is frequently used judgmentally and derogatorily, even though none of the three dictionary definitions of the word has any negative connotations.

Using the term beyond its literal definition perpetuates a culture of shame and silence that most victims of sexual assault endure. In fact, using "victim" as an insult is one of the most pervasive forms of victim shaming and most common manifestations of rape culture.

Victims do not choose to be victims
Being a victim is not a lifestyle choice, unless you are referring to the perpetrator's lifestyle and choices. I did not make myself a victim. My perpetrator made me a victim. His actions harmed me deeply. I cannot go back in time and make it so the crime did not happen. I cannot go back and undo my suffering. In fact, at times I still suffer, and there are aspects of me that are irrevocably changed because of my perpetrator. Victims are victims because of their perpetrators' choices, not their own.

Shame and judgment should rest with the perpetrator, not the person he or she victimized.
Negative judgments regarding the crime and its impact belong exclusively with the man who abused me when I was a child, not with me. More often than not, however, when people have ungracious responses and attitudes about victims, it has nothing to do with the perpetrator who victimized the boy, girl, man or woman. Unfortunately, negativity often rests in the perceptions and stereotypes of victims' qualities -- or perceived qualities. That seems backwards to me.

Some victims do feel defined by their trauma and they are still paralyzed by guilt and shame. Some struggle to function. They do not deserve judgment for a circumstance brought about by a rapist or molester. What would it look like if the word "perpetrator" assumed some of that shame and derisiveness so we can let victims heal without impugning their character and mental health?

Very few turn the focus to the person who is responsible for turning an innocent person into a victim in the first place. When the word "victim" is thrown around, it is rarely to ask questions such as these: "Why did that perpetrator make him/her a victim? Why did the perpetrator inflict that amount of pain and life-changing hurt?" In our society it questions that further blame and shame the victim are more likely: "Why is she still choosing to be a victim? Why doesn't he just live a more functional life?"

It is unfair to judge the way people heal and recover from trauma.
Not all victims heal, and some heal very slowly. Some regress. Everyone's path is different. Using "victim mentality" as an insult or term to judge somebody's progress on their journey of healing lacks compassion. Yes, some people struggle to function after their sexual abuse or sexual assault. Some people feel shame and guilt for their entire lives. Some people continue to live out their trauma in dysfunctional relationships or through addiction. Judgment does not facilitate healing. When I had a "victim mentality" and was "living as a victim" it was because I was reeling from the impact of the crimes that had taken place. It is my perpetrator's fault that I was in a position to need to recover from that in the first place.

Victims whose suffering prevents them from leading a satisfying life also deserve that acceptance and gentleness, not the judgment society provides when victim is used in such pejorative ways.

Using the word "victim" derisively unnecessarily links shame and victimhood.
"Living as a victim" and living an unproductive, hurt-filled life are have become synonymous. Why? Because society tells us that feeling ashamed and damaged is an unavoidable part of being a victim. Or, that if we are feeling hurt and damaged, we are weak and inferior to people who can move on quickly and people who cope with their trauma by compartmentalizing it and ignoring it.

The way the word "victim" is used creates a hierarchy among people who have been abused or assaulted. Refusing to identify as a victim feeds into the mentality that shame and sexual abuse are inextricably linked.

Using the word victim to insult non-victims is offensive and destructive.
"Oh, look at him. Always playing the victim." Or "I'm tired of her victim mentality." A victim is a person who has been hurt by a crime, not an unpleasant drama-monger. When a person reports a crime to police, they are labeled a victim. Using the word victim as an insult makes it harder to address crimes and bring perpetrators to justice. Why? Because a word that should just mean "someone harmed as a result of a crime" is also a commonly used insult.

The day I became a victim, a word that should have simply described my status as someone who was harmed by a crime instead felt highly shameful and stigmatized. It is not helpful and uplifting to hear, "You are pathetic and damaged because a perpetrator violated you." That is what victim has come to mean.

It is possible to be a victim and a survivor.
Many victims struggle, but being a victim and being a survivor are not mutually exclusive. Most victims begin to self-identify as a "survivor" once their healing has progressed to the point that they are no longer paralyzed by the impact of the attack. They usually feel less ashamed and less defective. Perhaps functioning better. Moving forward. Each person's journey of healing is unique. It is sad that victim is so tightly linked to shame that people have to choose a new word to describe themselves once they have processed their trauma.
.....

I call myself a victim because it is a reminder that sexual assault is a common and devastating crime. I will not sanitize my truth. But I also call myself a victim so others can see it is possible to move forward hopeful and free from shame despite my perpetrator's choices.

I am a victim, and there are many like me.