Well, it finally happened to me.

I really had thought that I was immune to being made to feel "less than human" by insensitive and/or rude remarks, but it finally happened to me last night.

I was invited to play guitar and sing at a local open mic night. I went and was warmly received both when I walked in to the place, meeting a roomful of new people, as well as when I did my portion of the show. In fact, as far as the performance went, I was given as much applause, if not more applause than anyone else that played all night -- and everyone else was very good.

I would have thought that the emotional high that I was on from holding my own in a room full of really good folksingers, would shield me from an accumulation of small hurts -- but it didn't. 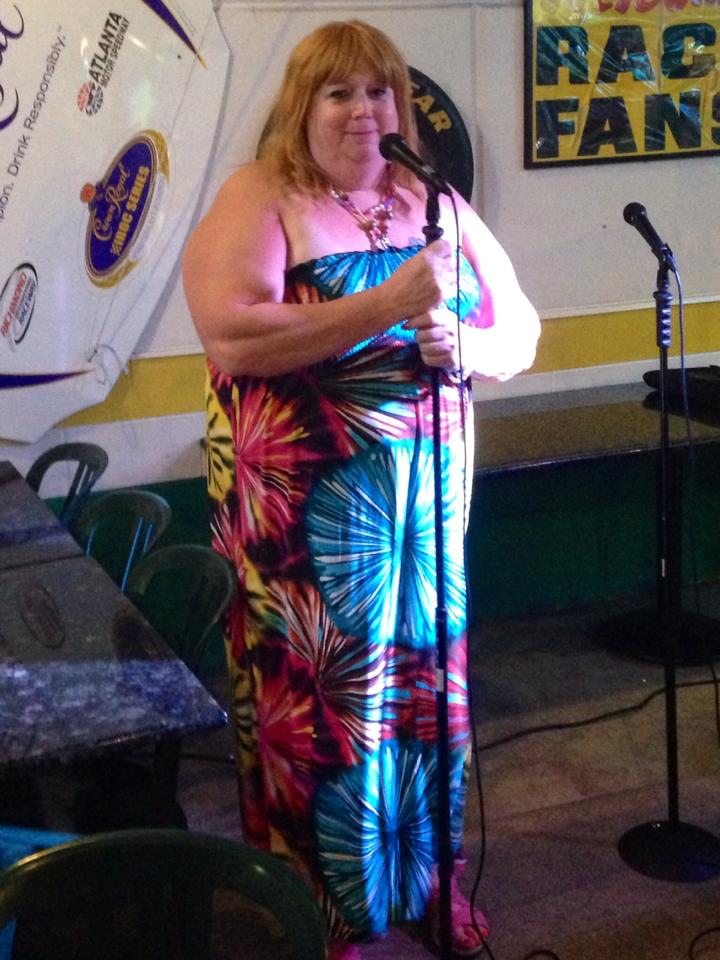 Then, to have it happen to me of all people, is surprising even to me. Almost no one was trying to be rude or hurtful. They were mostly just talking naturally, but for me, every "him" and "dude" and other references to me as a male and not female cut like a knife.

Asking the owner of the bar/restaurant where the bathroom was and being directed to the men's was the one that made me really start to feel it. Up to that point, my armor had only been dented, but that little arrow, fired by a woman no less, went right to the heart.

I started to really feel uncomfortable after that happened. The real kick in the groin came as we were leaving. I was standing outside the front door talking to the guy that ran the show. This drunk from the bar across the street was getting into his car that was parked about 10 feet from where we were standing, jumps in with, "Are you a guy or a chick?"

I tried my best to ignore him and finish my conversation with Mike. When we did finish up, Mike said, "OK Dude, I'll see later." When the drunk heard the word "dude," you would have thought he just struck gold or diamonds for all of the hooting and hollering and carrying on he did.

When Transgender women come out and commit to transitioning to being a woman full-time, the first thing that most of us feel and express is the overwhelming joy and peace of mind that comes from not hiding who you really are anymore. For most of us, suddenly the word "happy" has real meaning.

We finally find out what it feels like to be "happy." And most of us feel that our newfound happiness will be the armor that will help us to survive all of the crap that we just invited life to throw in our laps. It is certainly the armor that has protected me, but apparently, even my "shields" need reinforcement and repair sometimes.

At one point, early in my life, this experience would have been traumatic enough to send me back into the closet for months. Nowadays, it's usually just annoying. But for some reason, this time, it hit home.

Transitioning to womanhood late in life has its own set of problems. Not that transitioning at any time in life doesn't have similar problems to face and overcome, but some -- like speaking in a passable woman's voice -- seem to become harder and harder to do the older that you get. It has proved to be a particularly difficult problem for me.

When people first meet you, they really perceive you as a man or a woman subconsciously. They don't have to think about it. Your voice and then your looks tell them weather you are male or female. For me, my deep male sounding voice is something that, while I haven't given up on developing a more passable voice, I have to live with on a day-to-day basis. Until last night, I had not let my vocal problems effect my emotional well-being.

The point of all this is to illustrate just how all of those little mis-gendered pronouns and mis-gendered references to those of us who are already struggling to become or stay positive about our lives can be really destructive. And yes, just because you didn't mean for them to be, they are very hurtful.

Drunken assholes will always be drunken assholes, and I'm afraid that we will always have to endure their slings and arrows. But it would be very helpful if the vast majority of people out there, the polite people, the ones who understand the value of a certain level of civility, remember that the nicer, kinder, gentler, more respectful kind of society that we are all striving for includes just a bit more attention to the fact that I am a woman and not "a man in a dress."