I've told this story before but it bears repeating, especially in these trying times. For many years, I ran youth programs in the District of Columbia. I worked with hundreds, maybe thousands, of young people all over the city. Still, I keep coming back to the experiences of two kids. Both were African American. They lived about five miles apart in similar communities wracked by violence and disconnection. Both happened to be named Anthony.

I remember the first day I met Anthony from Northeast DC. He was in fourth grade, a little chubby, and smart as a whip. He was such a nerd! He chattered on about the books he had read, his favorite dinosaurs, how many planets he could name, and all the computer games he had mastered. As a fellow geek, I knew we were going to get along famously. He had an amazing mom who pushed him to achieve. Over the years, I saw him grow into a mature, thoughtful, kind young man. I'm happy to say he's thriving in college right now.

When I met the second Anthony from Southeast DC, he had a runny nose and hadn't washed in days. He was often sick, catching colds from a lack of a winter coat. He and his three siblings were semi-homeless, crashing in shelters and on relatives' couches. His mom, a beautiful woman, was deep in the jaws of a nasty drug addiction. Anthony didn't get along with the other kids, easily falling into fights. His only friend at school was the janitor who loaned him a broom to sweep the floors after school. In his heart, Anthony was filled with warmth and poetry, but he was slipping fast through the cracks. As much as we tried to reach him over the years, we lost him. Years later, I heard that he was hanging out at the corner store and throwing rocks at other kids.

That can't be the choice we present to our young people: the book or the rock. This is not just an educational or drug issue, or even a poverty one. It is a moral challenge that confronts us with a brutal question. Are we not our brother's keeper?

We will stumble. We may fall, but we can't ignore the struggles of our brothers and sisters. I don't want to live in a city or nation where Anthony is someone else's problem. Only when we close that dark space between family and outsider can we truly move forward.

Right now, communities around the country are answering a call from the White House to change this narrative. In response, the Taproot Foundation launched the My Brother's Keeper Corporate Pro Bono Challenge this week in Washington DC. The Challenge has the simple goal of connecting the depth and breadth of corporate strategic, HR, marketing, and IT talent to the nonprofits and schools working in the field, the "MBK sector."

For five hours, a room full of strategic, socially responsible corporations brainstormed on how to support nonprofits so that they could provide effective, measurable, and long-term interventions for the thousands of young people of color across the country. Numerous companies and organizations have already taken up the banner to make the sector "MBK Strong." Taproot is proud to be one of them.

This was our first step in this initiative. We have lots planned as we consider how to connect with key partners and companies to build the infrastructure for change. Visit Taproot+, our online pro bono marketplace, to support MBK organizations who have already posted a need, or let us know if you'd like to be part of the conversation as we scale nationally. It's time to unleash an army of Keepers. 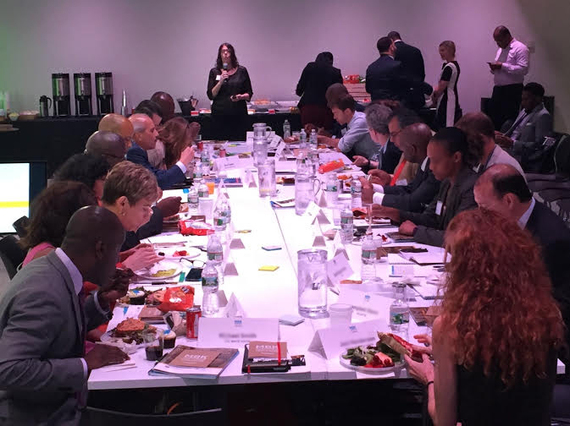