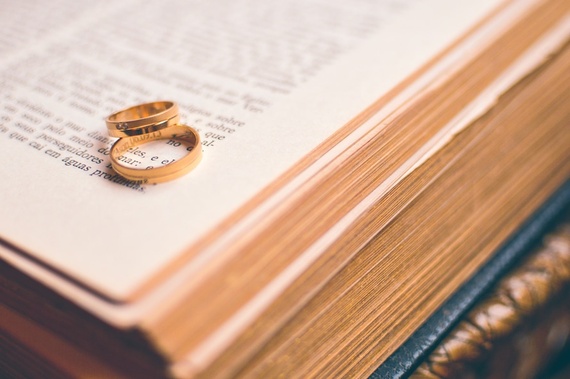 It's nearing the one-year anniversary of the SCOTUS ruling to legalize gay marriage. Since that time, I have seen some of the most judgmental, closed-minded, ostracizing comments paint the landscape of social media, all in the name of Christianity. I have received texts from friends, offering their very strong opinions and asking for mine. Newsflash: I'm not interested in your hateful banter.

I used to think it was because I live in the Deep South that I was surrounded by folks with such strong sentiments, but I am realizing that it's not just the Bible Belt, where people hold the KJV in their right hand and judgment in their left.

I smiled when I heard the news of the decision. I smiled for my friends who can now have their marriage recognized, just like mine. "I cannot imagine how it would feel if someone said that I couldn't marry you," I told my wife. For me, it's a matter of loving our neighbor and keeping our noses out of other people's business.

As a native of Birmingham, Alabama, I think gay marriage is the same as the issue of desegregation, just fifty years later. Most whites no longer use the n-word, and most straight people now refrain from saying "fag". But fifty years ago, we wouldn't eat in the same diner as an African-American.

I wonder what it was like to live during those days. Did people fear being black was contagious? I'm convinced that's how many ignorant people feel today about the gay community today. If it were to be legalized, I think there's a large portion of the population who would send gays around to the back door of the restaurant to pick up their "to-go" order and force them to use separate water fountains.

As I type this piece, I am sitting across from my little boy. He is four-years-old, hilarious, brilliant, strong-willed, compassionate, and inherently curious. If I could fast-forward twenty years, I wonder how I might respond if my child told me he loves a boy instead of a girl.

I think of how much I absolutely adore this child and how I would walk across burning coals to ensure his happiness. I think about how I wept uncontrollably the moment he was born. I think of how upset I was when he broke his foot as a toddler and how I could barely hold myself together the day he was dedicated in church. I have built a solid and lasting relationship with this child that nothing can come between.

Would I choose for my child to be homosexual? Absolutely not. I see my precious gay friends and how they have had to constantly struggle to be seen as equals. And not even equals, but just as humans. I have seen some be pushed away from the faith. I have seen others abandon it willingly. I have heard their sobs on the phone. Selfishly, I would never choose such a struggle for my child, but no matter his future, my love for him will never falter or fail. I will support him without question, and ruthlessly defend him from anyone who would try to cause him harm or shame. It's the same way I feel about him at this very moment.

Whether it's my son or my neighbor, it's an issue of love. 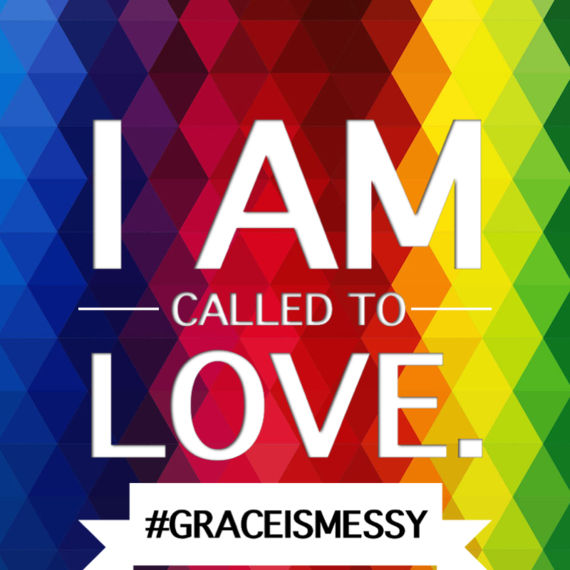 As I scan social media, I'm blown away by the hypocrisy of some people. The very women who post right-wing, ultra-conservative posts, slandering an entire people group, are the same ones who had a "girl's night out" for the release of "Magic Mike". The same ones who plaster social media with anti-gay messages have a tingle in their thighs on Friday night but raise their hands in worship on Sunday morning.

My point is when we go to extremes about anything, we are hanging ourselves out to dry. You are not the judge, nor the jury. If it's not your cup of tea, don't drink it. But do the rest of us a favor and keep your vile, mean, hateful words to yourself. We have become such staunch supporters of our particular view that we have dehumanized the issue and forgotten that these are people we are talking about. People in need of love and belonging. People who deserve the extravagant love and grace of God as much as anyone else.

It is not my place to tell anyone who they can or cannot love. Love is the most powerful force in the world and if you find someone who will be with you in sickness or in health, in lack or in abundance, who will love, cherish, and respect you, until the day that you die, how could I possibly presume to know better than you?

I used to think this issue was a gray area, but no more. This issue is black and white.

The issue of love is black and white.

You either love or you don't.

If you're longing for grace without strings attached, sign up for Steve's free "Grace is Messy Manifesto" here.